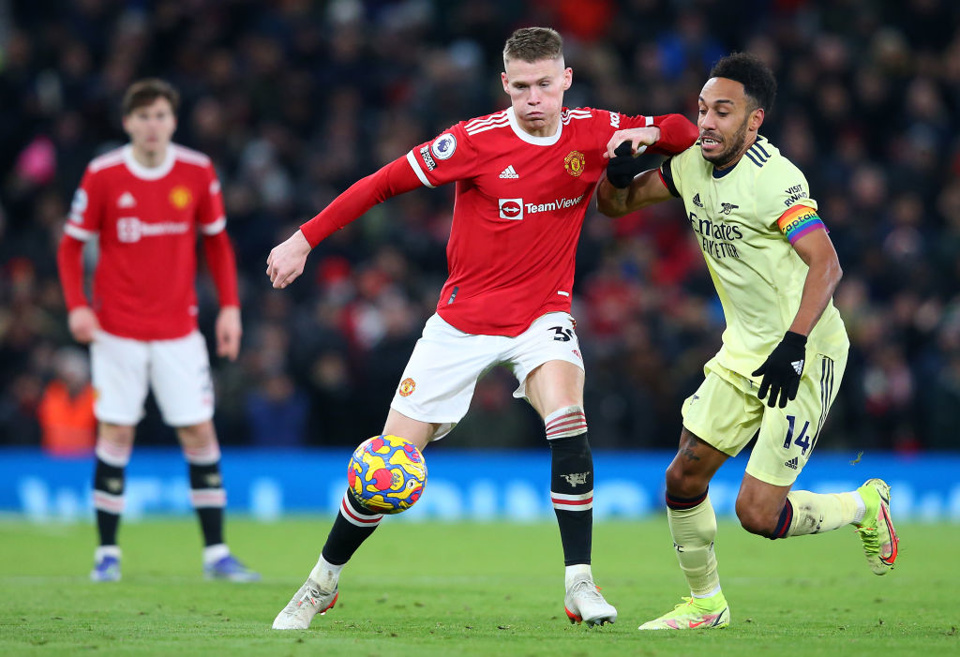 However, it certainly helps when the 4:30pm main event is one of the most fiercely contested in Premier League history!

Manchester United vs Arsenal is this weekend's headline attraction - second to only the Merseyside Derby for pure grit maybe - and we've focused on the clash at Old Trafford for our Sunday accumulator.

Our 18/1 double pays best with bet365 and is banking on two players to each receive a card which you can read all about below...

Scott McTominay is a player who perplexes both those of a red persuasion and otherwise. For where the Red Devils want to be, he has a very basic set of tools at his disposal, which many believe make him inadequate for Manchester United Football Club.

But it's also these limited skills have made him a mainstay in their team; dogged, rambunctious and a heart-on-your-sleeve approach to everything he does.

He will run his socks off for his team, throwing his body on the line and chopping down opponents wherever necessary - especially when the bigger games against the division's teams top teams roll around.

This tenacity is almost singlehandedly what has earned him a starting spot at Old Trafford over the last few seasons under more than one manager, having made 125 appearances for the Reds since his debut back in May 2017.

And Sunday's contest with league leaders Arsenal will provide the perfect battle ground for him to leave his mark on the only team with a 100% record in the top flight.

Judging by this season and the previous two since his full introduction to the Premier League, the Scottish international has produced unmatched foul tallies among his teammates, topping the charts with 47 in 20/21, 55 in 21/22 and 13 from five matches already this term.

McSauce must also have got the Matthew McConaughey-Wolf of Wall Street memo because he's punched up those rookie yellow card numbers year-upon-year for card backers' pleasure.

Having only been punished on three occasions two seasons ago, he then posted nine last season and has equalled his 20/21 figure in just five outings so far, lucky not to surpass it with a deserved caution that never came vs Leicester on Thursday.

Combine all of this with his average of 2.6 fouls per game in 22/23 and being booked in this exact fixture at OT last December after making three fouls, there's a reason the combatant is the shortest price in the market for a booking.

Moving over to Gabriel Jesus and we're talking about an individual who you'd be hard pressed to find a bad word to say about.

Since switching the Etihad for the Emirates, the forward has made London his home, contributing six times for the Gooners, with an even split of goals and assists to his name in one game fewer.

But that's not what we're concerned with here. It's his willingness to contribute defensively, pressing from the front and leading the charge of regaining the ball that has maybe gone under the radar for many.

The data backs this up, with only five forwards committing more fouls than Jesus' total of eight. Arsenal enjoy large bouts of possession and if United's set up against Liverpool is anything to go by, then it should be a similar case here.

That means whenever there's a turnover in the opposition half, Jesus will be hunting that ball down at whatever cost. He's already been brandished with two yellow cards since his summer move. To put that into perspective, his doubled his 21/22 Manchester City tally in this department and has made a third of his total fouls from last season in a fifth of the games!

Add to these two selections the fact that Paul Tierney takes charge of the event on Sunday. Across 27 PL appearances, the 41-year-old averaged 20.70 fouls per game and 3.80 yellows per game, brandishing five reds during this time.

Fast forward to this season and he doesn't look like letting up: 15 yellows shown in four games, with Manchester City's mauling of Nottingham Forest only providing one. Let me leave you with the fact that before that no contest at the Etihad, he'd shown back-to-back red cards...