Sunday Football Tips: Back a Haaland Header in this 14/1 Double 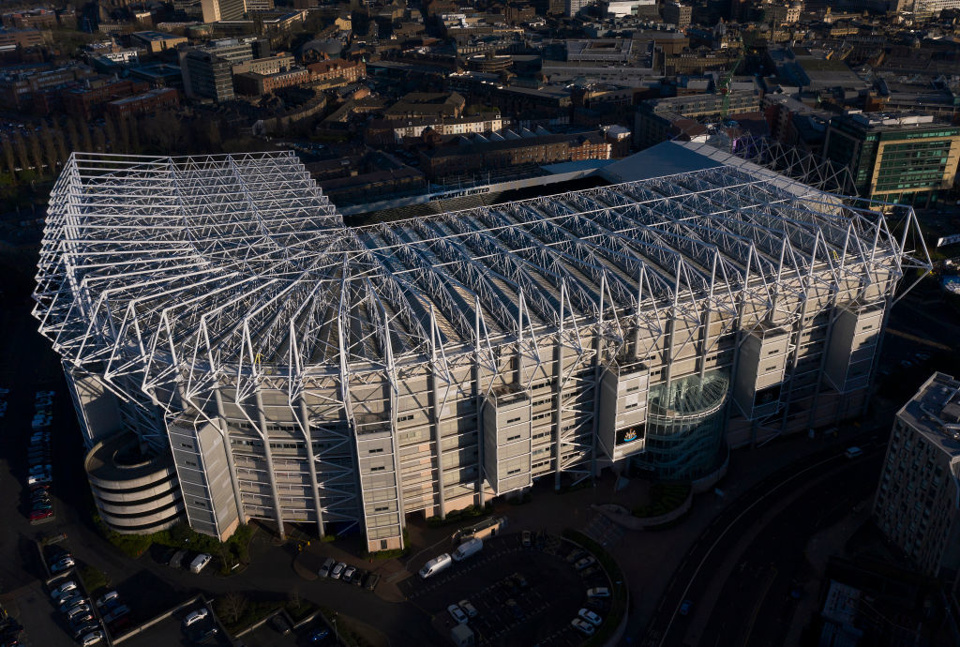 Eddie Howe has lost on all ten occasions he has faced Manchester City in his career
By Anthony Eadson
10:00 Saturday 20th August 2022 - 3 minute read

#AD Place a qualifying £25 fixed odds bet at odds of 1/2 or greater. Qualifying bet cannot be placed in-play or cashed out early. A first free £5 fixed odds bet will be credited upon settlement of the qualifying bet. 4 x following £5 free fixed odds bets will be added to your account on consecutive days. Free bets and spins must be claimed within 28 days of opening. Free bet/spin stake not included in any winnings. Ts&Cs Apply. 18+ begambleaware.org

Premier League fans are treated to three matches on Sunday, with Newcastle against Manchester City being the pick of the fixtures. We have full betting previews for each of those here on BettingOdds.com this weekend and we’ve also combined a couple of selections into a multiple for the afternoon’s proceedings.

At the time of writing, the double pays 14/1 with Paddy Power and can be added directly to your betslip by clicking the link below.

First up we are off to the London Stadium where West Ham host Brighton. It’s been contrasting starts for these two sides, with the Hammers suffering back-to-back league defeats without scoring a goal. Brighton on the other hand have picked up four points from their two matches so far, with a goalless draw against Newcastle and their first ever win away at Manchester United.

West Ham were in action in the Europa Conference League on Thursday evening and handed a start to new signing Gianluca Scamacca. The Italian forward bagged on 16 occasions in Serie A last season at an impressive rate of 0.67 goals per 90 minutes and opened his account for West Ham on Thursday, with the opening goal of the game against Viborg.

Scamacca’s goal came courtesy of his head, thanks to a cross from Maxwel Cornet and standing at 6ft 4, he’s sure to be an aerial threat with West Ham ranking 5th for goals from set pieces last term. The long-legged Italian bagged three league goals via his swede last season for Sassuolo and at 3/1 he looks a fair price for a headed shot on target against Brighton.

Moving on to the second selection of the afternoon and again we’ve picked out a player from the headed shots on target market, this time in the form of Erling Haaland, at a slightly shorter 11/4. Manchester City travel to Newcastle on Sunday afternoon with Eddie Howe having lost on all 12 occasions he has faced them in his career.

Eddie Howe has also lost all ten matches he has faced against Pep Guardiola, the worst 100% losing record one manager has against another in the Premier League. I fancy City to do a job on Newcastle this weekend and in their opener against West Ham we saw Erling Haaland nearly get on the end of a sweeping cross in the first half before making a darting run to have a header go just wide in the second-half.

Haaland only scored five headed goals when at Borussia Dortmund and I think we’ll see a massive increase in this area considering his former employers were a side who love to keep it on the deck. With service from players such as Kevin De Bruyne and Joao Cancelo, Haaland should be licking his lips with the aerial presence he possesses.

One thing I’m hoping for on Sunday is for both ‘Big’ Dan Burn and Erling Haaland to start the game which should be an intriguing battle that may look like something out of the circus considering their towering frames. BetVictor had Haaland priced at 4/1 to score a header last weekend and I think the 11/4 for a headed shot on target makes appeal with Paddy Power.

Combining those two picks gives us a 14/1 double on Super Sunday.

A goal for Gianluca Scamacca on his full debut! 😍🙌 https://t.co/y5PGrbK2Jq