Southampton vs. Watford Predictions: Stuart Armstrong tipped up in the shots market 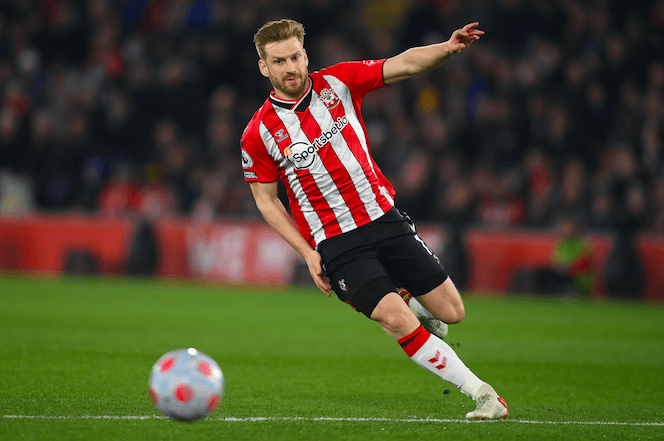 Southampton’s purple patch has come to an abrupt end following consecutive league defeats, but Ralph Hasenhuttl’s side have the ideal opportunity to swiftly bounce back at home to relegation-threatened Watford who desperately need to start picking up points…

Southampton fans have been left frustrated after the club’s superb run of form was spoiled by disappointing defeats to Aston Villa (4-0) and Newcastle (2-1). The Saints looked far from themselves, especially in the diabolical loss at Villa, however they've now been handed one of the more favourable fixtures in the top-flight: Watford at home.

Despite their mini-wobble, it's no surprise to see the Saints odds-on for this one, given their impressive home record and Watford's woes. The visitors are priced at 5/1 to pick up only their second win since mid-November, with a draw at 16/5.

Stuart Armstrong is a key cog in Hasenhuttl’s Southampton side; his work rate, energy, and fondness for shots has been clearly evident in 2022.

To emphasise this, Armstrong has accumulated  a sizeable 24 shots in his last six games alone, scoring twice, including a goal in his last outing.

The winger has taken 4+ shots in four of those six matches, including a whopping seven in the recent 2-0 win over Norwich. He found the target four times in the Canaries triumph, with a SOT landing in five of his last seven appearances.

Armstrong, who usually completes the full 90 minutes, now faces a Watford side who have seemingly forgotten how to defend, a surprise given that manager Roy Hodgson is known for his defensive organisation and discipline: in the last few weeks the Hornets leaked four goals against both Crystal Palace and Wolves, plus three goals against Arsenal.

Armstrong can be backed at 8/11 (BetVictor) to register yet another shot on target, 16/5 to fire 2+ in on target, and 9/2 to score for the second successive game.

Southampton may have slipped up against Newcastle mid-week, but on the whole they can draw on a solid record at home this season, losing just two of their 14 matches.

The Saints have won their last two matches against Watford - including a 1-0 win at Vicarage Road in October - and are unbeaten in the last six meetings between the teams.

As previously mentioned, Watford are struggling to nail the wins on the board, scraping just one in 19 games while they’ve scored in just one of their five away trips under Hodgson.

With that said, we’re backing Southampton to return to winning ways, a bet we're teaming up with the hosts to have 7+ shots on target to form a 3/1 double with BetVictor.