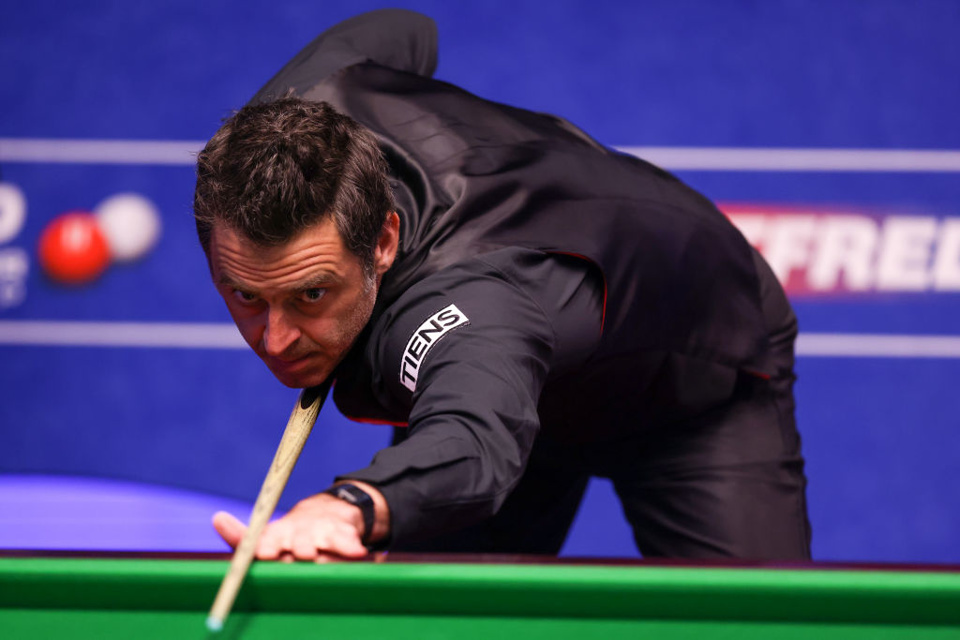 It's back to the Ally Pally again, but this time it's for the rather more sedate sport of Snooker, for the 48th staging of the Masters. We've asked our in house writer @OddsTerrier to preview the tournament and pick out his best three bets for this prestigious event.

The 2022 Cazoo Masters is not officially a ranking event, but it's one of the three Triple Crown events in the snooker season and is one of the most highly regarded of all the snooker titles. It's history dates back to 1975 when ten leading players were invited to the West Centre hotel in London and the inaugural tournament was won by John Spencer, who defeated Welshman Ray Reardon in the final. Over the years the event has been expanded to automatically include the top 16 in the world rankings and that is still the format to this date.

The event was held for many years at Wembley, first at the Conference Centre and latterly at the Arena. In 2012 the tournament was moved to it's current home - The Alexandra Palace in London and it has remained there ever since. The title was won in 2021 by the Chinese player Yan Bingtao.

The tournament will be broadcast live on the BBC and Eurosport and runs from the 9th-16th January. The total prize money for the event totals £725000 with the new winner picking up £250k and the Paul Hunter Trophy, named after the late three-time Masters champion.

First Round draw and schedule:

I have studied the form and the odds and have three tips for your perusal below.

I see Robertson winning this game due to his better scoring and experience but expect this one to go fairly deep. I'm taking McGill with 2.5 frames start, in a first to six frame shoot out.

Next up we've had a punt for the overall winner and it's that man Ronnie O'Sullivan again! The Rocket has had a couple of mediocre seasons, whereby he didn't win a ranking event in 2020/21 and then followed that up with an iffy start (by his mercurial standards) to the 21/22 season; making a couple of quarter and semi finals but failing to make a single final. However, he finally broke his drought last month at the World Grand Prix, beating Neil Robertson in the final 10-8.

One thing that does slightly worry me is Ronnie's lack of Ton-scoring in recent weeks but he does still have 21 for the season. O'Sullivan will enter this week full of confidence after ending his wait for a title and this is a tournament he knows how to win - He's won this title SEVEN times previously.  The draw looks fairly tough and he will have to beat Robertson again in the QF's , but should he progress there I can't see anyone stopping him reaching the final and potentially an eighth Masters title.

The goat is 5/1 at various bookmakers to win again at the Ally Pally.

Lastly we've gone for a bit of an each-way longshot. Stuart Bingham looks extremely unlikely to win here at 40/1. However, he was in the same boat just two years ago when he became the oldest man to win the Masters at 43. Bingham is a phenomenal break builder and has over 500 century breaks in his career - top 10 in the all time list. He's also made eight maximum breaks; behind only O'Sullivan, Higgins and Hendry.

The world number 12 Bingham enters this week in decent form too, making the semi-final at the World Grand Prix where he lost to O'Sullivan. Don't be too surprised if the 2015 World Champion goes fairly deep here and we'll be having a very small stake on him to do so.

#AD Place a min £10 bet on the Sportsbook on odds of min 1/2 (1.5), get £30 in Free Bets. Rewards valid for 30 days. SMS verification required. Only deposits via cards will qualify. T&Cs apply. Please Gamble Responsibly
Bet Calculator

European Masters Snooker 2022 Odds as BettingOdds.com preview the tournament and offer up their Best Betting Tips…

UK Championship Snooker 2021 Odds as BettingOdds.com takes a look at the Betting Markets ahead of the tournament…