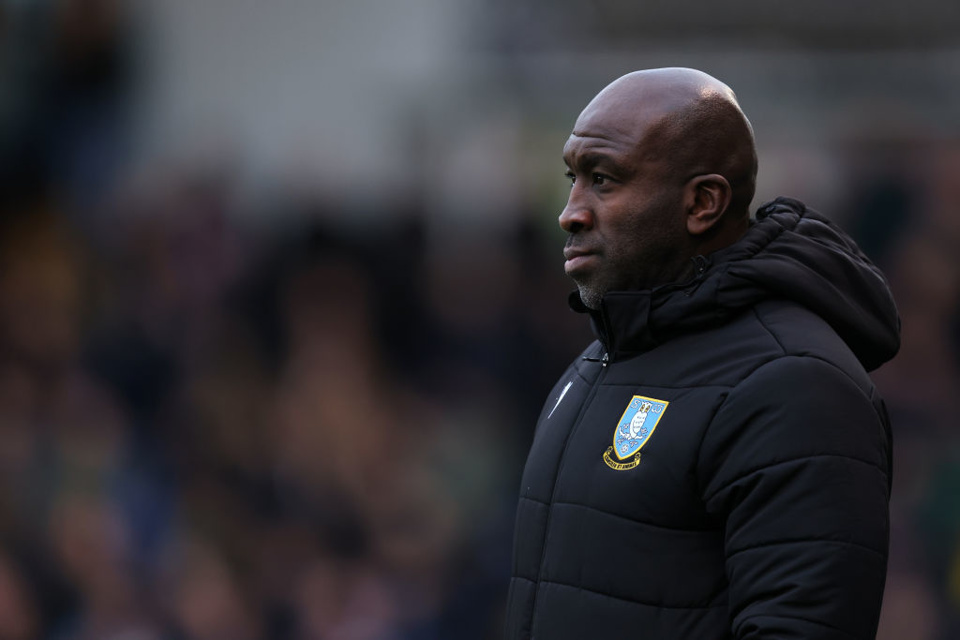 Sheffield Wednesday vs. Sunderland: Darren Moore will be desperate to get one over the Black Cats after their play-off semi final defeat last season.
By Adam Roberts
12:00 Tuesday 9th August 2022 - 4 minute read

The Carabao Cup started with a solitary First Round game last Tuesday but we're now into the competition proper, with a full raft of matches over the next few evenings. The early rounds are on a regional basis with 'Northern' teams facing each other and the same down in the South. We've asked Adam Roberts to preview the live televised game on Wednesday and perhaps the tie of the round, between League One giants Sheffield Wednesday and newly promoted Championship club Sunderland. He's done exactly that and picked out two bets he likes the look of.

This game between two sleeping giants of the game would normally be a tasty affair for the first round of the Carabao Cup, but given what happened last season between the two clubs, where Sunderland dismissed Sheffield Wednesday over two legs on their way to a promotion party at Wembley, means that this one will be an extra spicy encounter at Hillsborough.

Both clubs have started their respective campaigns in solid fashion, picking up a win and a draw along the way, to sit comfortably in the top six in their divisions. This was expected from the Owls who started off as many people and the bookies favourites, for promotion from League One. Darren Moore would usually see this game as a bit of an unnecessary annoyance during what will hopefully be a successful promotion campaign back into the Championship, but memories will remain from the last time these famous old clubs faced off under the Hillsborough lights and he would love to get one over his opposite number Alex Neil.

Sunderland, however, were not one of the bookmaker favourites for promotion in the Championship and most Mackems would have been more than happy with a solid mid table campaign and some consolidation in the second tier. Their start to the season though, has been extremely impressive; dominating Coventry before a late equaliser on the opening day before dispatching Bristol City away, thanks largely in part to Everton loanee Ellis Simms , who grabbed a brace on debut.

Both Neil and Moore will likely rotate their squads here and give some of the fringe players a chance, but make no mistake, both will want to win and for Moore in particular, this one will mean more than others.

These two clubs may now be separated by an entire division but I still think they are incredibly well matched. The last six fixtures have seen three wins for Wednesday, two for Sunderland a solitary draw last time out. The Owls have scored nine goals in that time and the Black Cats eight so there is really very little between the two teams. With Championship safety and a potential playoff push a massive priority for Neil and nothing less than promotion on the agenda for Moore, no one would be surprised if we end up with two heavily rotated teams. With that in mind I'm going to opt for the draw and predict this one to be one on penalties. Bet365 are the current best stand out price.

This one is a bit of a punt with no idea about team news and so little markets available at the time of writing but I've gone for Sunderland midfielder Jay Matete to be carded. The 21-year-old Londoner has found himself out of the match day squad in the Black Cats league campaign to date but manager Alex Neil confirmed he was firmly part of his plans and had impressed in Portugal in pre season. With that in mind, what better way to display that than to give him a go in a 'lesser' competition against a lower league side?

Matete played just 16 games last season yet picked up 7 cautions. If he does start here he is huge value at 9/2. Make sure to tick the 'void if does not start' box at 365 and check team news on the evening.