Sheffield Wednesday vs. Rotherham Predictions: Cards on the menu in South Yorkshire 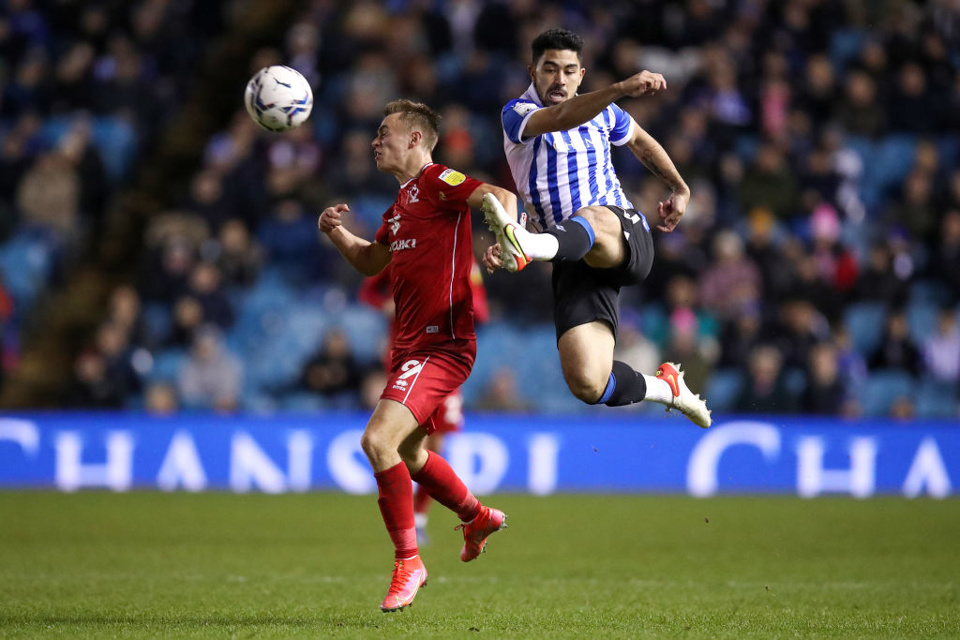 There’s a huge derby in South Yorkshire on Sunday afternoon as Rotherham head to Hillsborough in a fixture that pits them against fellow promotion hopefuls Sheffield Wednesday.

The hosts may sit one point and a place outside the play-off spots but the massive looked like they have turned a corner recently.

Darren Moore’s side have picked 15 points from their last six, a 3-2 defeat at the Kassam Stadium the only blemish on a run that has seen them best Plymouth, Ipswich, Morecambe, Burton and Wigan, all within the space of a month. Only Bolton have picked up more points than the Owls (15) over that period.

Moore seems to have found the perfect blend of quality, guile and grit in the middle of the park with Massimo Luongo and George Byers sat either side of skipper Barry Bannan. With those two alongside him in the engine room, the Scotsmans offensive output has increased, registering an assist and scoring across his last two games. With no fresh injury concerns, the Owls could field the same XI that edged past Wigan on Tuesday.

The visitors have been flying all season, only tasting defeat five times in total, twice since mid-September and they have won their last five on the bounce.

Despite the fact that Millers sit 13 points above Wednesday at the helm of the division, these two are impossible to split, both winning two a piece and drawing the other two of their last six head-to-heads. Goals or no goals is also impossible to predict here, with both teams scoring in half of those games.

Their records against the other six best sides in the division- Wigan, MK Dons, Sunderland, Oxford, Wycombe, Plymouth and Ipswich- are also identical. The Millers won 50% of their fixtures, Wednesday winning 58%.

Whilst Rotherham’s games often see a lack of goals, with only 2 of their eight vs the big boys seeing overs click, Wednesday’s games average 3.25 goals with 75% seeing at least three goals scored. So, there is not any consistency there either.

The Owls won 0-2 at the New York Stadium earlier this season, but I do not think you cannot read too much into that. Rotherham had twice as many shots as SWFC that afternoon (14) and missed a penalty with the game in the balance at 0-0.

Price wise, at 5/4 the value may be with the visitors, as they have won 56% of their matches when priced accordingly. Personally though, I cannot be taking them at that short of a price, when they are away from home in a local derby.

Cards seem the way to go at Hillsborough and Massimo Luongo looks the most likely candidate to me. The Australian midfielder has an impressively cynical disciplinary record, accumulating 57Y and 2R cards in 288 league starts.

Despite only playing 17% of his football in South Yorkshire, he has picked up over 25% of his cards playing in blue and white, a cards per 90 average of 0.43 which makes 6/4 a valuable price here!

That poor record makes sense when you see the kind of defensive output he is averaging, no player in the division (that has played over 750 minutes) boasts a higher tackles per game average than his 3.7. He also tops his sides charts for fouls per game, averaging 1.8.

Both of the red cards he has picked up in his career have come whilst playing for SWFC. It is a small sample size and a bit of a tricky market, but based on that average alone, he should be 16/1 to receive his marching orders on Sunday.

This, combined with the fact that there has been a red card in three of the last four league meetings between these two sides makes this an intriguing punt.

It is also worth noting that Darren Drysdale has the whistle, a man who has brandished two reds in the eleven League One games he has taken charge of this season.