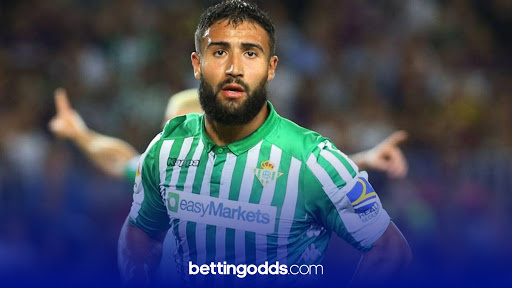 After a three month break, La Liga returns this Thursday with an absolute corker of a fixture in the shape of Sevilla v Real Betis.

The 'Gran Derbi' is a huge fixture in the footballing calendar for both of these clubs, and while sadly no supporters will be in attendance for the clash, the game is still expected to be fiercely contested by these two bitter rivals.

The two sides are enduring contrasting campaigns in the Spanish top-flight this time out. Sevilla currently sit third in the table and are on the hunt for a Champions League spot, while Betis are languishing just below mid-table in 12th.

Because of this it is somewhat unsurprising to see the hosts head into this game as favourites - priced at 5/6 for the win - while Betis are being given a 23.8% chance of victory by the bookmakers with their odds of 16/5.

Form of course goes out of the window after such a lengthy lay-off, though it was the hosts who were enjoying a better run of results prior to the enforced break, winning two and drawing two of their previous four league fixtures.

Betis, on the other hand, had only won one of their last seven matches but that sole victory did come in their final pre-coronavirus encounter against Real Madrid, suggesting that they are more than capable of causing an upset here.

Sevilla will be without midfielder Nemanja Gudelj, who is suspended after he picked up his fifth yellow of the campaign before the break, for this game while Betis' Juamni is an absentee through a long-term injury.

The game kicks off at 21:00 UK time, and will be streamed live to Betfair and bet365 account holders on their respective websites/apps. You will find three key football bets for the anticipated clash below.

Our short-priced tip for Thursday's La Liga derby is Nabil Fekir to have 2+ shots on target.

The hugely talented Frenchman, who was not long ago a prime target for Liverpool, has enjoyed a tremendous debut season in Spain so far, contributing seven goals and two assists in his 22 appearances this season.

The 26-year-old ranks as No.1 in terms of shots on target for Betis and has fantastic capabilities from long-range, so is rarely unwilling to get his shots away from distance. He is also the highest ranking non-striker in La Liga for SOTs this term, further highlighting his strengths in this particular field.

This will be a tricky game for Betis, they are the underdogs and their opponents are a very strong team, so they need their better players to rise up to the occasion if they are to stand a chance against their rivals. Fekir is certainly one of those players, and after such a long break he will surely be itching to hit the ground running in this Thursday's encounter.

We're backing Sevilla centre-back Diego Carlos to be booked as part of our medium-priced bet for this game.

The Brazilian is the hosts' second-most booked player this season with seven yellow cards to his name, with his latest coming in the 2-2 draw with Atletico Madrid immediately before the break.

Carlos will face a tough task trying to contain the lively forward line of Real Betis, which includes Nabil Fekir, Joaquin and Loren - the striker who scored in the pair's last meeting back in November.

With rustiness undoubtedly set to play a part in the performances of each player this week, Carlos is one mistimed challenge away from his eighth booking of the campaign.

Betfair have priced Carlos to see yellow up at 9/5, which offers more value compared to the 8/5 Sky Bet are offering for the same bet.

We're doubling this bet up with Luuk de Jong to have 1+ shots on target. The Dutchman was on the scoresheet for his side when these two met earlier in the season - a match Sevilla won 2-1 - and also scored against Atletico Madrid just before the break.

De Jong is second only to Lucas Ocampos in Sevilla's top goalscorer chart (five goals in 24 apps), and is tipped see plenty of action in front of goal due to the fact that he'll most likely line up through the middle for the hosts against Betis.

get offer get offer
#Ad. Your bet will be paid out in full if your team is winning by 2 goals at any stage in the match regardless if your selection goes on to draw or lose the game. Applies to all Premier League, La Liga and Bundesliga games. T&C's apply, 18+ begambleaware.org
Thursday's La Liga Tip #3
Lucas Ocampos to score, Jesus Navas and Andres Guardado to be booked Sevilla v Real Betis
28/1
Odds correct as of 2020-06-10 17:10 Odds subject to change.

Sevilla's leading goalscorer Lucas Ocampos heads up our long-shot selection. The South American found himself in scintillating form before La Liga was postponed, scoring six goals in seven games and found the net during his club's 2-2 draw with Atletico on 7 March.

Ocampos is Sevilla's leading goalscorer this term with ten goals and certainly the hosts' biggest threat in the final third. We're expecting big things of him tonight, and if his form prior to the break is anything to go off, he shouldn't disappoint us.

We also feel as though his teammate Jesus Navas represents good value for a booking considering he is expected to line-up at right-back directly against Betis' most effecitve player Nabil Fekir, who is predicted to line-up on the left hand side of a front-three for the visitors.

Navas is predomentantly a winger but has played at right-back for the majority of the season, picking up four bookings in the process. While the ex-Man City man is fantastic going forward and extremely pacey, defensively he is not that strong and is prone to making an error in the tackle.

To round this long-shot selection off we're also including Betis midfielder Andres Guardado to be booked. The 33-year-old has seen yellow nine times this season - more than any other player for Betis - with his previous two bookings coming in his last two appearances against Valencia and Real Madrid back in March.

Guardado is no spring chicken and after such a prolonged lay-off could be rusty, leading to a potential booking. This bet has been boosted from 23/1 to 28/1 by the good people at Paddy Power, representing tremendous value.