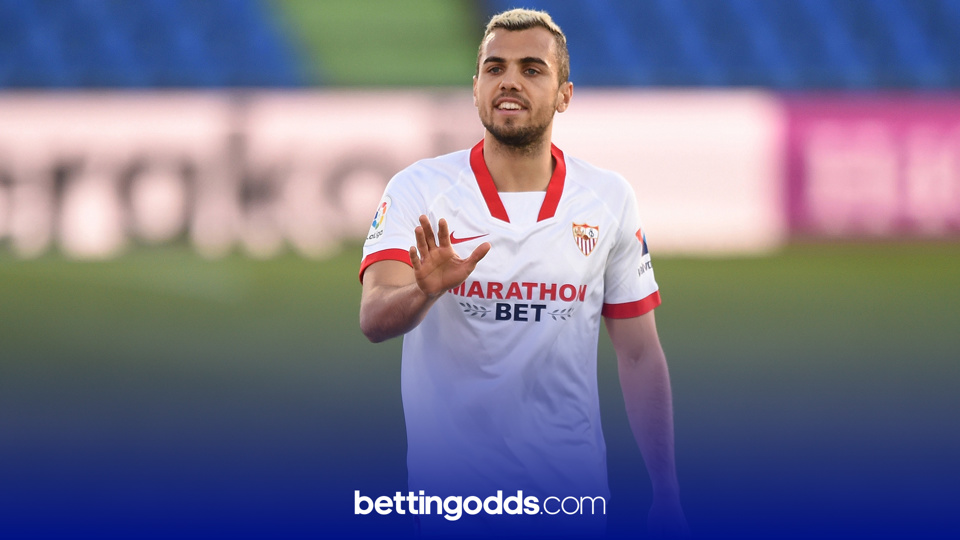 The feast of football continues in Spain on Wednesday evening as Sevilla welcome Borussia Dortmund to the Ramon Sanchez Pizjuan Stadium for the first leg of their Champions League last-16 knockout fixture.

Form and strip wise these sides come into this one as chalk and cheese. The hosts- who will be supporting their white home strip- have only tasted defeat once in their last 19 games! In stark contrast, Dortmund have only won once in their last seven, shipping 14 goals in that time.

Therefore, it is no surprise to see the bookies favouring Sevilla pricing them at odds of 13/10, however, they may represent value at this price given that they have won 55% of their games when priced accordingly.

With 60 cards in 294 career appearances, Joan Jordan does not have the cleanest disciplinary record. However, I am not sure he has done enough to justify the 4/11 price for a card that Betvictor has him at, I think Bet365’s price of 3/1 is much more apt.

Jordan has accumulated seven cards in 30 appearances this campaign, the majority of which coming via his appearances in the Champions League. Over the course of his career he has featured in 15 European games (Champions League and Europa League) and been carded in five!

With Sevilla set to dominate possession, Dortmund may be restricted to trying to break on the counter exploiting Haaland and Sancho’s pace which could catch out Jordan in transition. Four of BVB’s five most fouled players are central midfielders though- Bellingham, Delaney, Witsel and Dahoud- so it could get scrappy in the middle of the park tomorrow and you would expect Jordan to be in the thick of the action.

Sticking with cards in central midfield I also like the look of Bellingham at 7/2. The fact that he has picked up just three cards since joining die Schwarzgelben is a little off putting, however, I do not think that tells the full story.

Despite joining as an attacking midfielder, Bellingham has been deployed in a defensive role for the majority of the season. In his six starts in the Bundesliga at CDM, he has conceded a total of 14 fouls.

If he starts in that position tomorrow, as expected, he will be covering Sevilla’s new acquisition Papu Gomez. The little Argentine thrives in the half spaces and could cause a defensively naive Bellingham a whole host of issues. While representing his former club Atalanta in the UCL this season, he drew a foul every 41 minutes.

Using Bet365’s bet builder you can combine the previous two selections with a Sevilla win at odds of 40/1.

Sevilla have won their last nine games in all competitions, only losing one of their last 19 and six of their 29 games this season! They have only conceded 16 goals in their last 22 games and boast the second best defensive record in La Liga!

Best of luck if you are joining me in backing any of these selections and please remember to gamble responsibly!