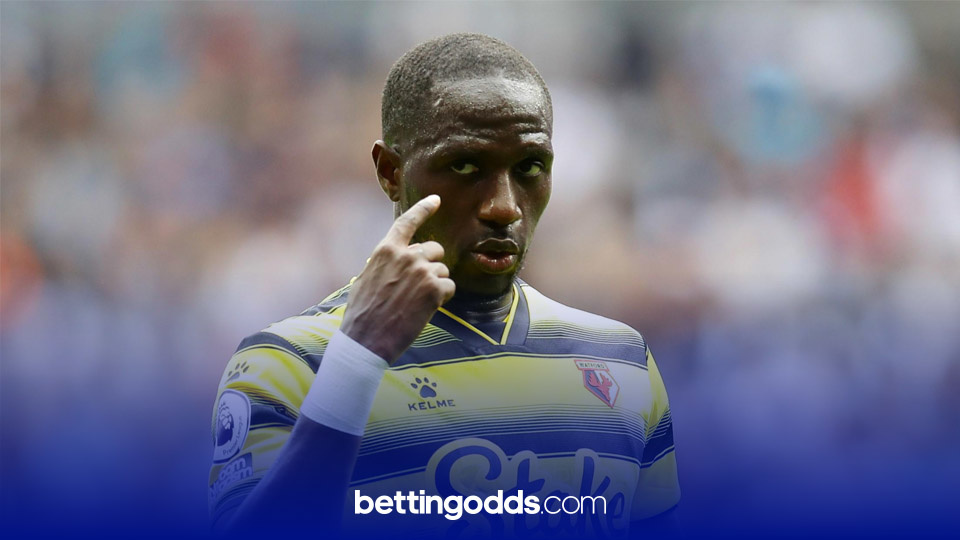 Just two rounds of fixtures remain in the Premier League before yet another dreaded international break, and after 28/1 and 26/1 winners last weekend, @AnthonyEadson is back with his best Bet Builder Tips for Saturday’s action.

Both selections on Saturday come from the Vicarage Road where Watford entertain Southampton. The Hornets come into this match off the back of a 5-2 thumping of Everton at Goodison Park which gave Claudio Ranieri his first win in charge of his new club. Southampton find themselves two points behind this weekend’s opposition in 16th place, with both side’s believing they can take all three points from this one.

At the time of writing, the double currently pays best with bet365 at 40/1.

First of all I have to give a mention to last week’s bet builders which landed in the most unusual of fashion. Despite a player starting from the bench for both Saturday’s 28/1 selection and Sunday’s 26/1 they both managed to cash thanks to cards from both Emmanuel Dennis and Paul Pogba. That’s now three winners at 26/1, 28/1 and 33/1 from the last six bet builder doubles in the Premier League, so let’s hope this profitable run continues.

One half of last Saturday’s 28/1 winner was Lucas Digne being carded up against Watford’s Ismaila Sarr, and I’m more than happy to go down this route once again this weekend in the form of Southampton’s Romain Perraud.

After arriving from French side Brest in the summer, 24-year-old left-back Romain Perraud has made six appearances so far in the league this season. Up against Sarr, I think this looks like the perfect game for him to pick up his first caution for the Saints after being shown four yellows in Ligue 1 last season.

Last weekend Lucas Digne joined the list making it five left backs or left-wing-backs have been booked up against Sarr this campaign, along with Solly March, Marcal, Matt Ritche and Brandon Williams. The Senegal international is currently drawing 2.8 fouls per game for Watford this term, with only Wilfried Zaha possessing a higher figure in the entire division, so with this in mind I’m happy to take the 15/2 about Perraud being shown a card on Saturday.

In this game I’ve also taken a lean towards Moussa Sissoko being shown a yellow card. The long-legged midfielder picked up eight bookings in 29 appearances in the 2019/2020 season with Spurs and I think he will go on and get close to that figure this season with Watford.

He may not be the most glamorous of prices at 10/3 but with bet365 going top-price on the 32-year-old I’m happy to include him in this 40/1 double. Another boost here is that Peter Bankes will be the referee in charge here. So far this season, Bankes has taken control of four top-flight matches and has dished out 25 yellows, an average of 6.25 per game. That ranks him higher than another referee in the division who has taken control of more than one game this season for yellows per game, so let’s hope he’s in the mood on Saturday.

Best of luck to anyone following the selections this weekend and as always please gamble responsibly.