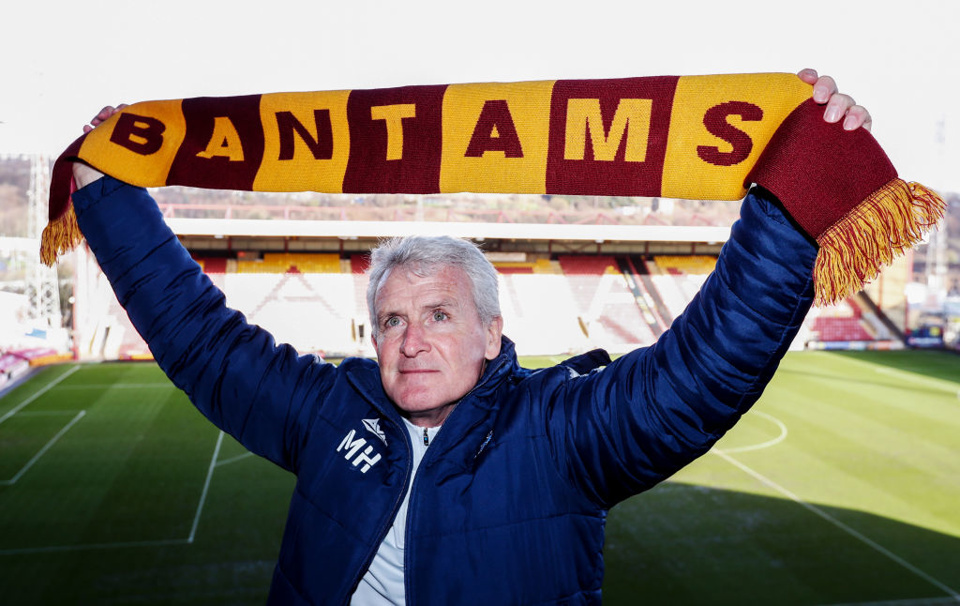 Mark Hughes' Bradford side have won four on the bounce and feature in our acca tips
By Anthony Eadson
13:02 Friday 23rd September 2022 - 3 minute read

Seven fixtures take place in League One on Saturday, with a full slate of matches on the cards in League Two. Here at BettingOdds.com we’ve put together our best accumulator tips, which combine to make a 14/1 shot we like the look of. Should the quartet go on to win, we’ll receive an extra 10% on our winnings thanks to bet365’s soccer accumulator bonus offer.

Starting in League One and the first team we are siding with in our acca is Peterborough who take on Port Vale at London Road. Grant McCann’s side are in a poor run after four consecutive league defeats but they can get back to winning ways on home soil this Saturday.

Looking at their performances in front of their own fans, Peterborough have won three of their last four. The home side have the firepower to really trouble Vale; with Jonson Clarke-Harris who has scored three in his last three at London Road, then Jack Marriott and Kwame Poku joining him in attack, we can see McCann’s men ending their losing run on Saturday.

Next up we are off to Shrewsbury where Steve Cotterill’s side take on Burton Albion. The Shrews are unbeaten in three of their last four matches and have carded two excellent victories this month with wins over Forest Green and Exeter.

Burton on the other hand sit bottom of the table despite gaining their first three points of the season last time out against newly promoted Exeter. Dino Maarmia’s inherited side have lost seven of their nine matches so far in the 2022/2023 campaign and we envisage them struggling at New Meadow in this one. 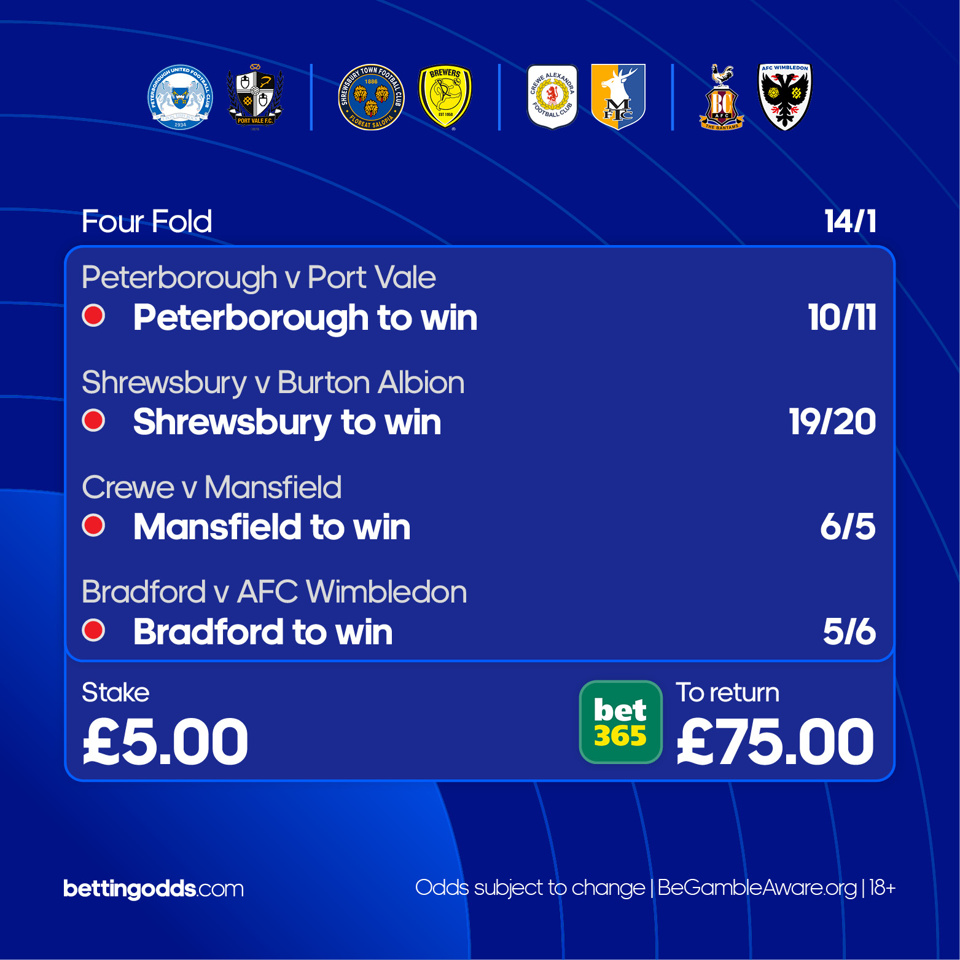 Moving down into the fourth tier of the English pyramid and the first of two teams we are touting from this division is Mansfield who travel to Crewe. The Stags are currently priced at 6/5 to take all three points after a difficult run of fixtures to start the season. Nigel Clough’s side have only tasted defeat once in their last six matches, winning four of those in that period. The away side have won their last two on the road, with convincing performances against Gillingham and Doncaster. To put it bluntly, we believe Mansfield are a much better side than Crewe and can put in another strong showing against the Railwaymen.

Rounding off this four-pronged punt is Bradford City who welcome AFC Wimbledon to Yorkshire on Saturday afternoon. City currently find themselves fifth in the table after four consecutive victories, with fans really starting to get behind Mark Hughes and this current crop of players. In stark contrast, AFC Wimbledon have lost four games on the bounce, with their latest defeat coming away at Carlisle last weekend. Bradford have one of the best squads in the league and it’s hard not to picture them being in the hunt for promotion come the end of the season. All things considered we feel 5/6 is a fairly generous price for a team bang in form.

To recap, that’s a four-fold at 14/1 including Peterborough, Shrewsbury, Mansfield and Bradford. Best of luck to anyone following. Please always gamble responsibly.