Premier League top-four odds: Roy Keane on what Manchester United need to aim for this season 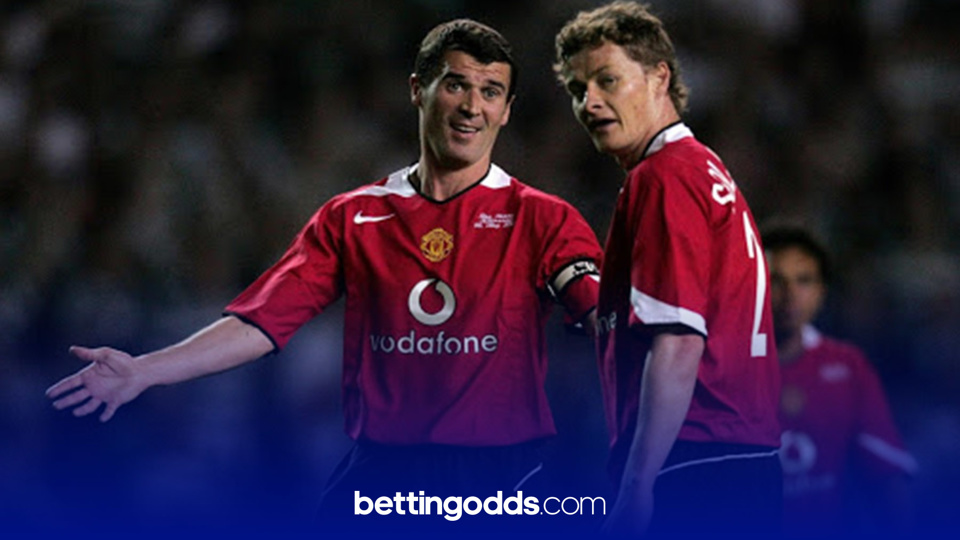 The former United midfielder fired a warning at his ex-teammate on MNF
By Callum Pragnell
14:28 Tuesday 29th September 2020 - 3 minute read

Roy Keane admits that he is worried for the future of his former teammate Ole Gunnar Solskjaer as Manchester United manager, if the Norwegian fails to obtain a spot in the top-four and win some silverware this season.

United have looked far from convincing in their opening two league games this term, losing their first clash at home to Crystal Palace 3-1 before narrowly edging past Brighton 3-2 thanks to a dubious 100th-minute penalty on Saturday.

The Red Devils finished third in the Premier League last season, 33 points behind rivals Liverpool who claimed the title in emphatic style. This time out the club will be desperate to close the gap at the top of the division, though already it appears that the job in hand will be close to impossible if this level of performance remains from both parties.

Speaking before Liverpool’s 3-1 victory over Arsenal on Monday night, Keane said that there are "worrying signs already" and that he thinks Solskjaer will need to obtain a trophy this season if he is to remain in the job, before stating that the “honeymoon period is certainly over” and that the “pressure starts to mount now”.

Solkjaer has endured a turbulent period in charge of United since he took over as manager back in 2018, winning 34 of his 79 matches; losing 34 and drawing 19 thus far.

Having secured Champions League qualification for this season last term, the Scandanavian secured his job for another campaign this time out but there is a unanimous feeling among supporters of the club that this season significant improvement must be made.

United haven’t won a trophy in what will soon be four years - something that is unacceptable for a club of their size and stature - and if they go through another season without silverware then Solskjaer’s reign in the dugout could well be curtailed.

It is, however, still early days and there is plenty of time for the 47-year-old to improve things at Old Trafford, perhaps starting with acquiring some new personnel before the transfer window is drawn to a close next Monday, with Jadon Sancho still their primary target (United are 6/5 to sign the young Englishman).

The 20-time English champions are still among the favourites in the Premier League top-four betting market, priced at 13/10, but their odds for the title have now drifted from 16/1 to 30/1 with certain firms.