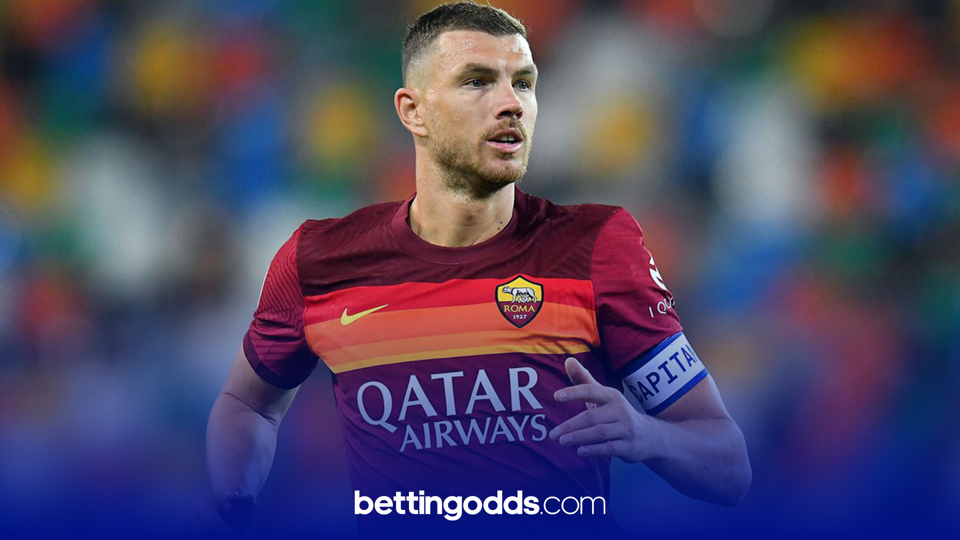 Live on BT Sport, Europa League football returns as Roma welcome Man United to the Stadio Olimpico in the second leg. United already have one foot in the final after crushing Roma 6-2 in the first leg at Old Trafford.

Roma will be hoping for another historical European comeback but it’s hard to see United throwing away a 4-goal advantage. Ole Gunnar Solskjaer will be looking to end his unfortunate run of four consecutive semi-final losses, which included exit at this point in last season's Europa League campaign vs Sevilla. United are favourites for the competition and are as short as 8/15 to lift their first piece of silverware since 2017 and progression here would see them book a place in the final vs the winner of Arsenal/Villarreal.

Despite a week off for the Red Devils after the postponement of the game vs Liverpool, we could see changes here for the away side. Within the next 7 days Man United face off on four different occasions so Solskjaer will not want his players picking up any avoidable injuries at the latter stages of the season. As for Roma, you would expect an attacking line-up given that their season relies on success in this competition and they have a 4-goal deficit to overturn.

One player I am expecting to return to the starting 11 here is talented English forward Mason Greenwood. Unibet have him priced at 11/5 to score anytime and this definitely catches my eye.

With 6 goals in his last 8 appearances including 2 goals from the bench, Greenwood is a man bang in form. He netted in the first leg vs Roma and despite it only being a 19-minute cameo from the bench he was a constant handful for the Roma defenders. Greenwood possesses the ability to score with either foot and with him being used as striker more recently I think the 11/5 on offer is a fraction too big when you consider how leaky the Italians can be.

The impetus will be with Roma from the first whistle and if they are to have any luck going forward, I wouldn’t be surprised to see this man rack up the shots, hopefully resulting in at least 2 on target.

The Bosnian striker is averaging 2.2 shots per game in all competitions and was a threat in the first leg regardless of the scoreline. He did in fact manage the 2 shots on target on this occasion so I am hoping for the same again in a game where Roma should throw everything at United.

Second leg of a European tie would normally see me tip cards, but with United holding such a strong lead it’s hard to understand the tempo the game will be played at so a market I will be avoiding here.

In spite of that, after watching the first leg I am happy to bank on their being a couple goals so for the longshot I am combining two anytime goal-scorers with over 9.5 corners.

I'm adding to my Greenwood selection by backing the veteran Edin Dzeko to notch once again. A long injury list for the hosts adds more responsibility on Dzeko’s shoulders to find the net against a United side that could see a few changes.