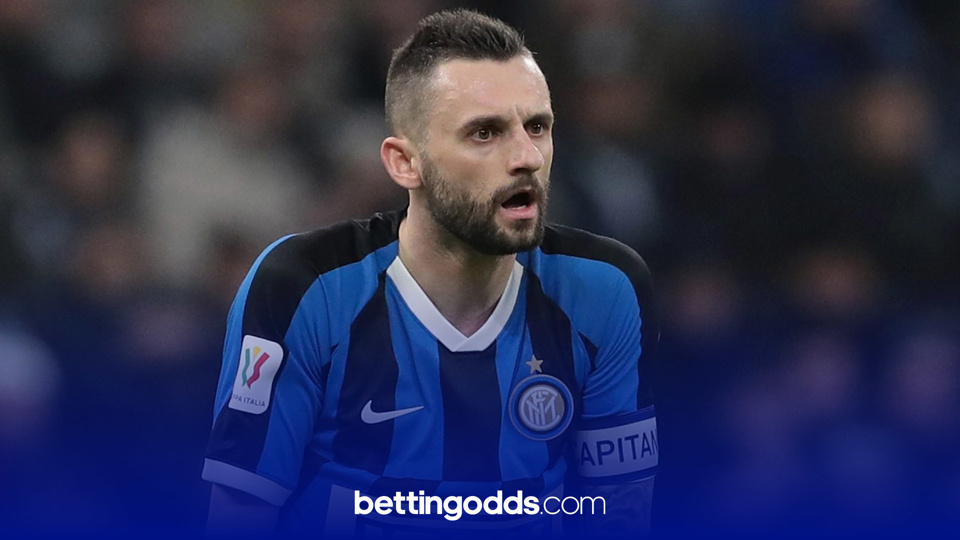 Roma v Inter Milan Tip: This one should be a cracker
By JimmyThePunt
19:39 Friday 8th January 2021 - 2 minute read

Things are extremely tight at the top of Serie A at the halfway point of the campaign, but this Sunday's standout fixture between Roma and Inter Milan - which kick's off at 11:30am - could really change the dynamic in the top-four.

A win for the hosts would see them leapfrog their opponents in the table due to their superior goal difference, while a victory for Inter could see them go top of the pile should rivals AC Milan fail to beat Torino on Saturday evening. Put simply, this is a game both sides cannot afford to lose and should prove a real cracker for the neutral.

I've picked out a 13/5 bet I like the look of with Betfair and my reasons behind the tip can be found below.

Roma v Inter Milan
JimmyThePunt: Brozovic to be booked
13/5
Over the course of his career, the Croatian international has been booked in just under a quarter of his games
Odds correct as of 2021-01-08 19:40 Odds subject to change.

Marco Di Bello has the whistle for this one and he has averaged 4.38Y and 0.13R pG this season and in terms of cards it is the visitors' linchpin that takes my fancy; Marcelo Brozovic. Over the course of his career, the Croatian international has been booked in just under a quarter of his games.

In the Serie A this season, he is Inter’s most carded player with four to his name, three of which have come in his last five appearances. On Sunday he will be opposing the likes of Pellegrini, Mkhitaryan and Dzeko, three of Roma’s most fouled players. It is also worth noting that he was booked in these sides' penultimate game.

If you are backing this selection, please stake responsibly.