It’s... the Chaaaamm-Pyanns! We’re Group Stage groupies at the moment with the return of the world’s premier club football competition and the primitive stage of the Champions League has already provided the thrills and spills, the greatest coaches, clubs and players going toe to toe for one of the most desired prizes in sport. While much attention has been on the billions of bunce spent in pursuit, instead BettingOdds.com has used the opportunity to praise the teams that have developed the best and brightest.

We’ve taken a look at every single one of the 887 footballers that make up the 32 teams who have entered the main competition of the Champions League to see which clubs and nations have benefitted the competition the most by producing the most players from their respective academies.

The four competing Premier League teams - Manchester City, Manchester United, Liverpool and Chelsea - have produced a combined 43 players from their academies who are currently competing in the 2021/22 Champions League, across the competition, equating for 4.85% of all participating footballers. Of these, 28 have remained at their club from whose youth system they graduated (3.16% of all participating players). Youth systems in England, across the board, have produced 73 players in this year’s competition, the fourth-highest nation, with an 8.23% contribution.

Surprisingly, despite much made of them possessing the two most expensive players on the planet in Neymar and Kylian Mbappé, Paris Saint-Germain have contributed the most players from their elite academy, with 22 (10 still at the club), or 2.48% of all footballers in the competition at present. The greatest representative from England is none other than the three-time European champions Manchester United, in 9th place, with 13 academy graduates across the Champions League (Percentage in Competition: 1.47%). The Red Devils also have the third-highest amount still within their ranks, behind Dynamo Kyiv and Zenit Saint Petersburg.

The results were compiled from data taken from UEFA and Transfermarkt. Take a look at our unique angle on the Champions League participants below.

The information is presented as follows: 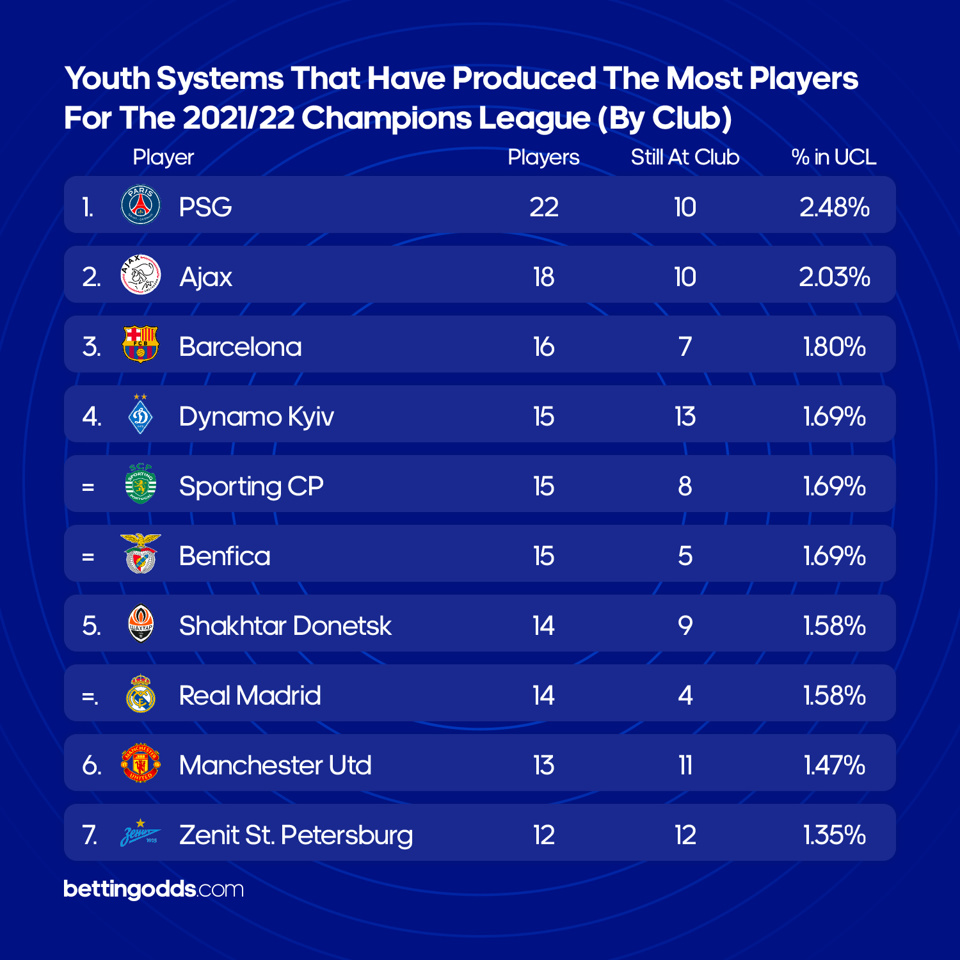 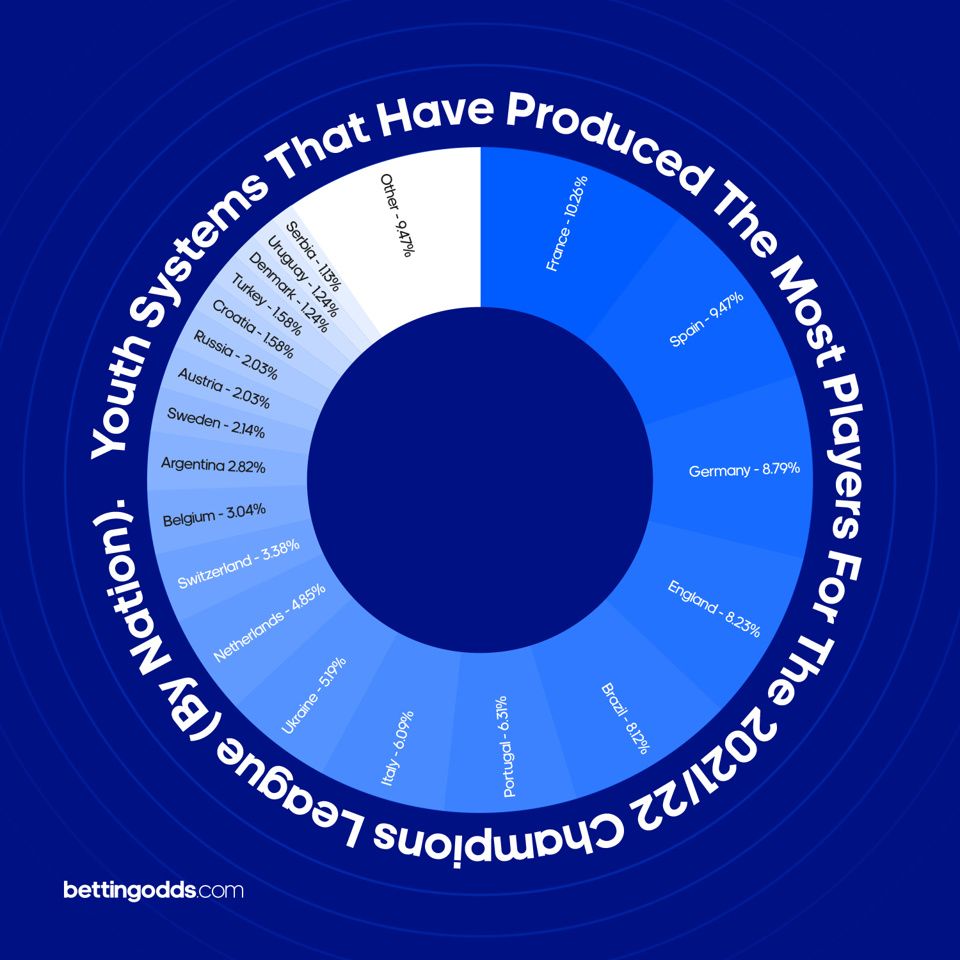