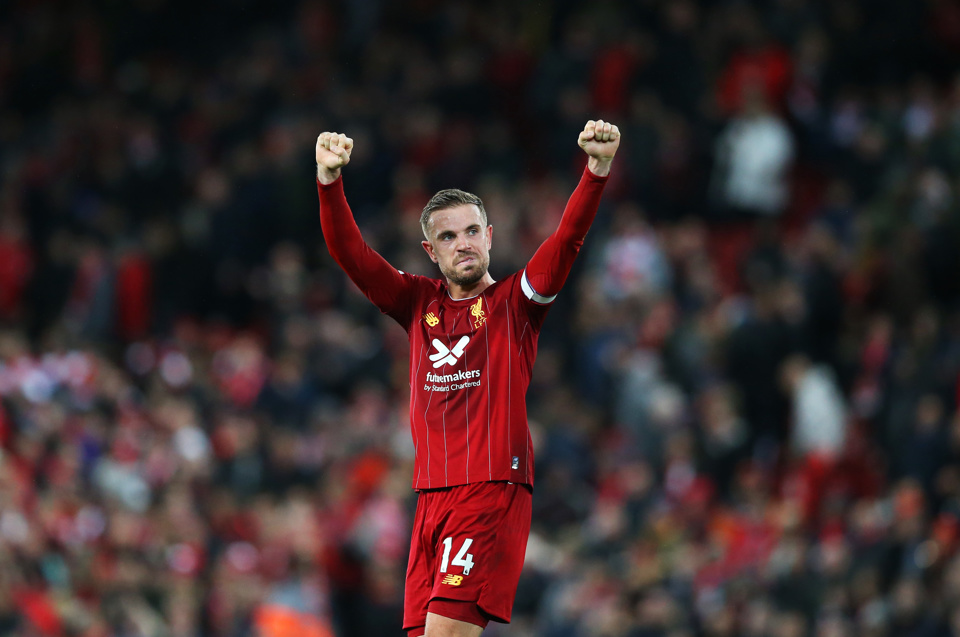 Liverpool skipper Jordan Henderson has been a long-term servant of the club, but has had several spells on the sidelines.
By Jack Porter
08:24 Thursday 18th November 2021 - 3 minute read

With Liverpool midfielder Curtis Jones set to remain sidelined for a number of weeks with a freak eye injury sustained in training before the international break, BettingOdds.com has continued our study series to see Liverpool’s recent injury history and how much it has cost them through the missed games of their players.

Based on the players’ salaries per week and Premier League matches in which they have not participated, BettingOdds.com has calculated how much Liverpool have paid their players through absences and injuries since the 2015/16 season. Topping the list through total games missed during their time at the club since is centre-back Joe Gomez who has cost the club a total of £13,320,000 through not playing Premier League football since 2015/16, with a total of 159 EPL matches missed. Expenditure solely through injury lies with captain Jordan Henderson. Liverpool have paid their skipper an estimated £7,260,000 to watch on from the sidelines while he has recuperated from his various ailments for 61 gameweek absences, just pipping defender Joël Matip, who sits in second place on £7,000,000 through his 70 missed Premier League matches injured. 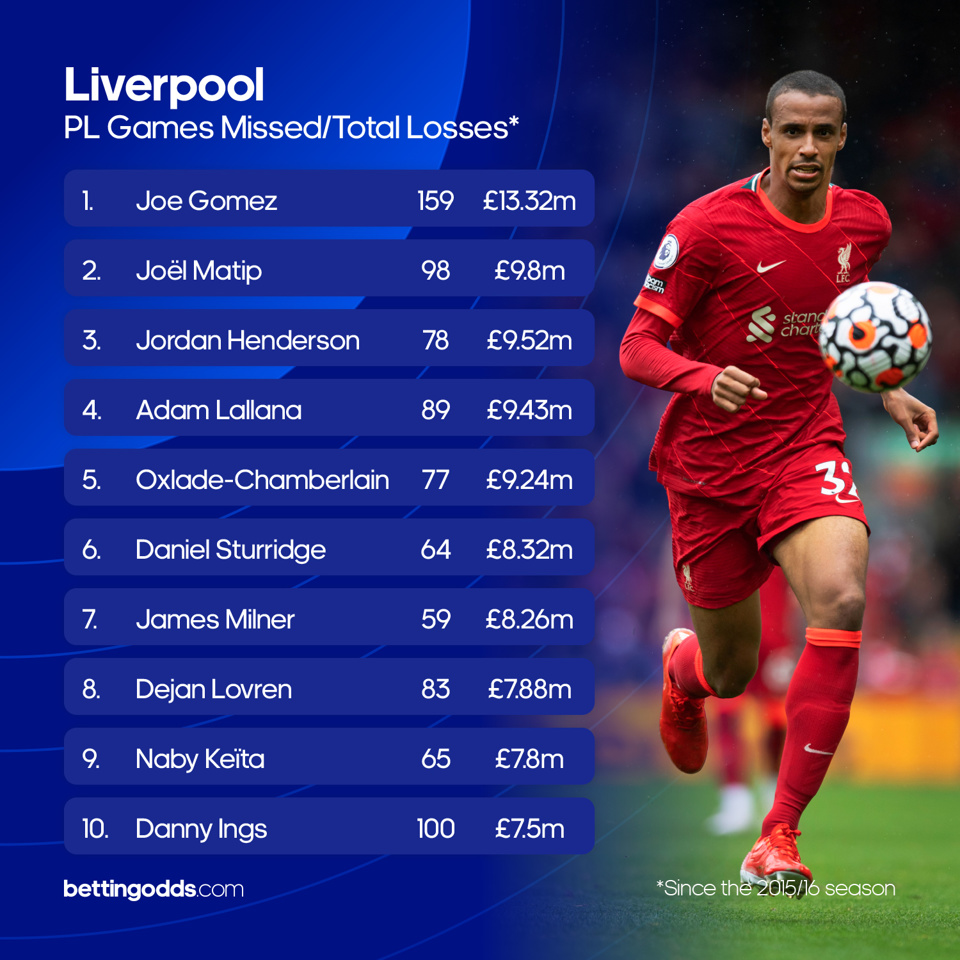