Ref Watch: Three officials to keep an eye on in Gameweek 8 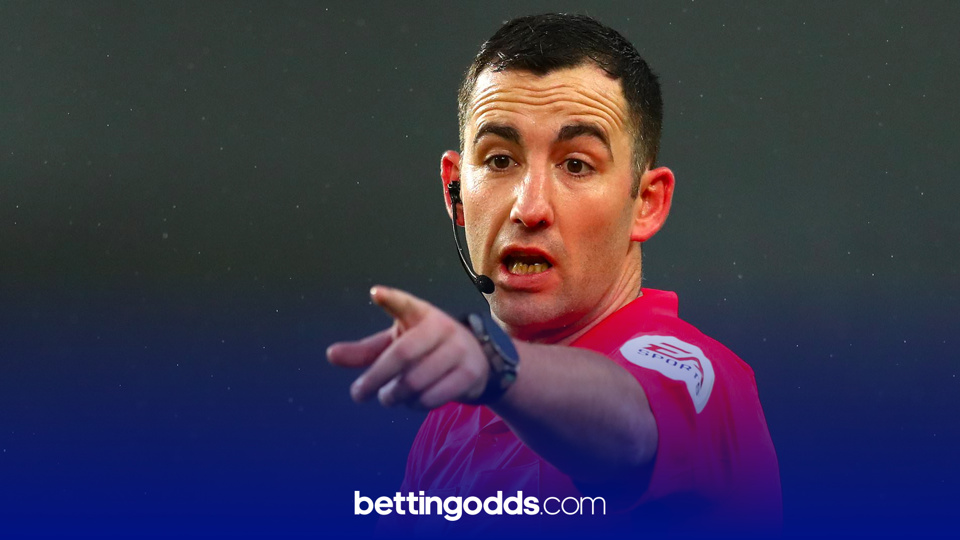 Ref Watch: Chris Kavanagh has been dishing out the cards this season
By Callum Pragnell
14:01 Friday 6th November 2020 - 4 minute read

Welcome to BettingOdds.com’s new weekly feature, where i'll be analysing three referees ahead of the weekend’s action in the Premier League to see which games could result in a flurry of cards and therefore land you some potential profit.

Let’s get started, shall we?

The 35-year-old currently ranks second-highest when it comes to yellow cards brandished in the Premier League this season, distributing 18 bookings in just four appearances - an average of 4.5 per game.

Kavanagh ranks highest for fouls given per game with 28, however, and has been a busy boy in the Champions League as well as the English top-flight, brandishing a total of six yellows in the most recent game he took charge of (Nice v Hapoel last month).

The Manchester-born man-in-the-middle’s last league game saw him award five yellow cards - four for Man City and one for Arsenal when the two sides met in October, and with him in charge of a game featuring the elusive Wilfried Zaha, who ranks highly when it comes to fouls against this season (2.7 per game), I’m expecting it to be raining yellows in south London on Saturday afternoon.

Next up I’m getting behind big Jon Moss to whack out the cards at Stamford Bridge, as Sheffield United travel south looking for the first win of their campaign. Chris Wilder’s side have been poor so far but did show a marked improvement against Man City last weekend, defending resiliently to ensure Pep Guardiola’s side were restricted in front of goal.

Ultimately, though, they were defeated thanks to a wonder strike from former Blade Kyle Walker, and this weekend face off against a Chelsea side who are in exceptional form at the minute with three wins in three in all competitions.

Indeed, it is the ref we are focussing on here and Mossy has been throwing the cards about more than Jose Mourinho throws toys out of his pram following a dubious defeat in the Europa League, with 16 yellows awarded in 4 appearances - an average of 4 per game.

The 50-year-old has averaged 26.5 fouls per game in 2020/21, and refereeing a match involving a Chelsea side who are flying with confidence and have a number of really tricky players - the likes of Hakim Ziyech, Mason Mount and Timo Werner - running at a physical Sheffield Utd outfit who won’t hesitate to get stuck in to challenges away from home, I think he is primed to dish out the cards in west London. 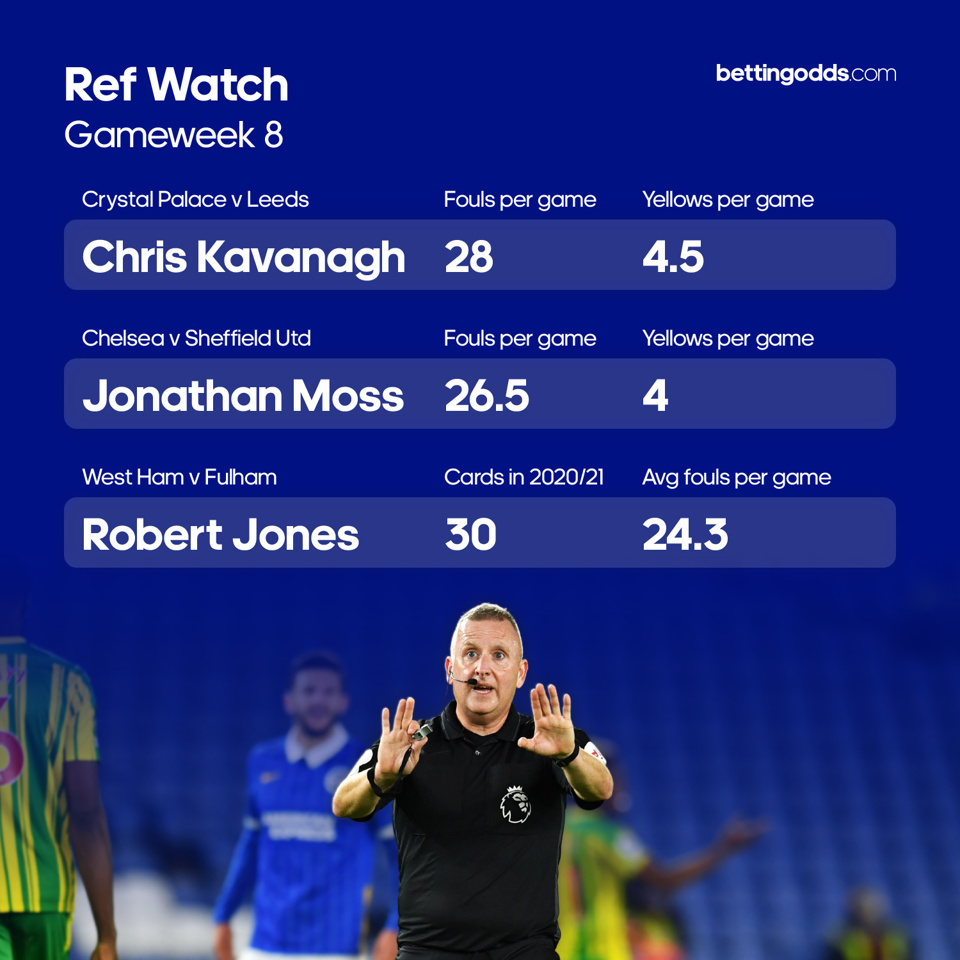 This last selection is a little more left-field, with referee Robert Jones in charge of an all-London affair between West Ham and Fulham. This will be Jones’ first game in command of a top-flight fixture this season, with both of his appearances coming in the Championship where he has awarded a rather underwhelming three yellow cards in total.

However, the main angle with this selection is how many fouls and cards both of these teams have picked up and committed in 20/21. Fulham have struggled for form so far, winning just one of their seven games, and that has been reflected in their frustration on the pitch as they have obtained 16 yellows and one red card - no team in the PL has more.

The Cottagers average 12.7 fouls per game, while West Ham average 11.6 - a combined total of 24.3 p.g - which sees them both reside in the top-half of the disciplinary table this term. The Hammers have been a little more well-tempered as a whole, but have still picked up 13 yellows which makes them the joint-fifth highest offenders in the Premier League (combined total of 30 yellows from both sides).

With all things considered, and the fact that London pride is on the line here, I am confident in there being plenty of cards in this one, rounding off my treble to make it an appealing 8/1 shot with Paddy Power (over 30 match booking points each game).

Good luck to anyone on board.