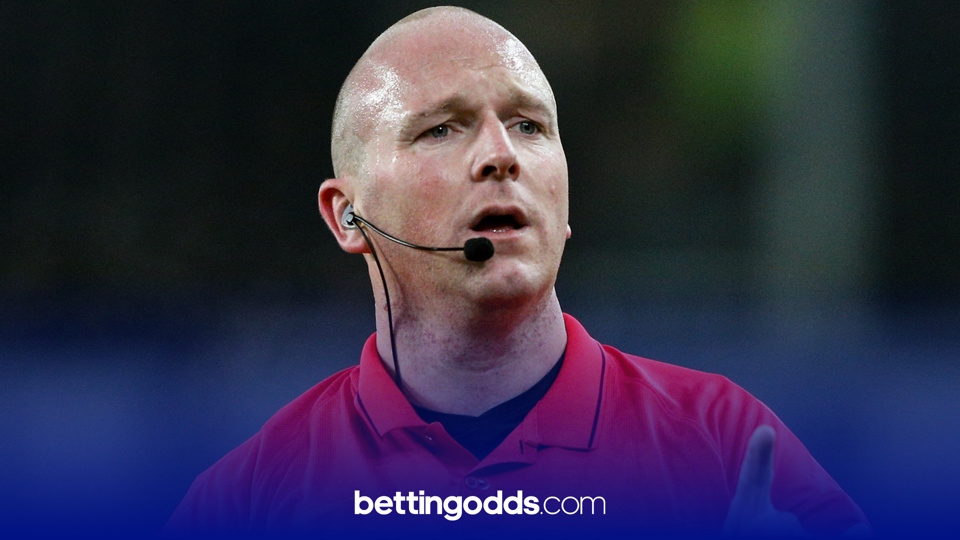 Gameweek 10 in the Premier League is nearly upon us and I've taken a look into which referees are in charge of what games, alongside offering up my three card plays after coming so close to landing an 11/2 shot last week.

Who's in charge of what in Gameweek 10?

Our tips for your weekend Same Game Multi

As mentioned above, last weekend's Ref Watch Treble came agonisingly close to landing, but a late onslaught of cards in the Villa v Brighton match ended up costing us a lovely little 11/2 winner! Here's hoping for some better luck this weekend...

Chris Kavanagh takes charge of this game and he is the second-highest offender when it comes to dishing out the yellows this season, brandishing 22 in total - only Stuart Attwell has given out more. 40+ booking points has landed in four of Everton's last five matches and with the likes of Allan and Doucoure lining up against Kalvin Phillips and Mateusz Klich (all on 3 yellows so far), I can see a heated midfield battling yielding plenty of card opportunities.

Serial card-giver Mike Dean takes charge of Saturday's late kick-off featuring two of the divisions most physical teams battling for their first win of the campaign. This is already being dubbed as a six-pointer due to both sides being in the relegation zone as things stand and I think with so much on the line there could plenty of firm tackles flying about.

That, coupled with the fact that Dean - who averages 3 cards a game - is in charge of proceedings, should see this match end with a fair few booking points. Out of the two sides I also feel WBA have players who are more likely to end up with a caution, with the likes of Jake Livermore and Conor Gallagher both seeing yellow twice this term.

Lastly, I like the look of over 3 cards in Monday evening's clash between Leicester and Fulham at the King Power. These two sides lead the way in the division's yellow card table, picking up 41 between them! (Leicester with 21, Fulham with 20). With the visitors so desperate for a win to escape the clutches of the relegation zone, I can see them being really fired up for this one.

Scott Parker also questioned his side's commitment and physicality after the loss to Everton last weekend so I've got a feeling his players will be eager to prove to him that they are ready to fight for the cause. The referee in charge is Simon Hooper, who has only taken charge of two top-flight games this season but has given out 6 yellows in those matches. Officiating a fixture featuring two sides with such a history of picking up cards, I can see him adding plenty more to his tally come Monday night.