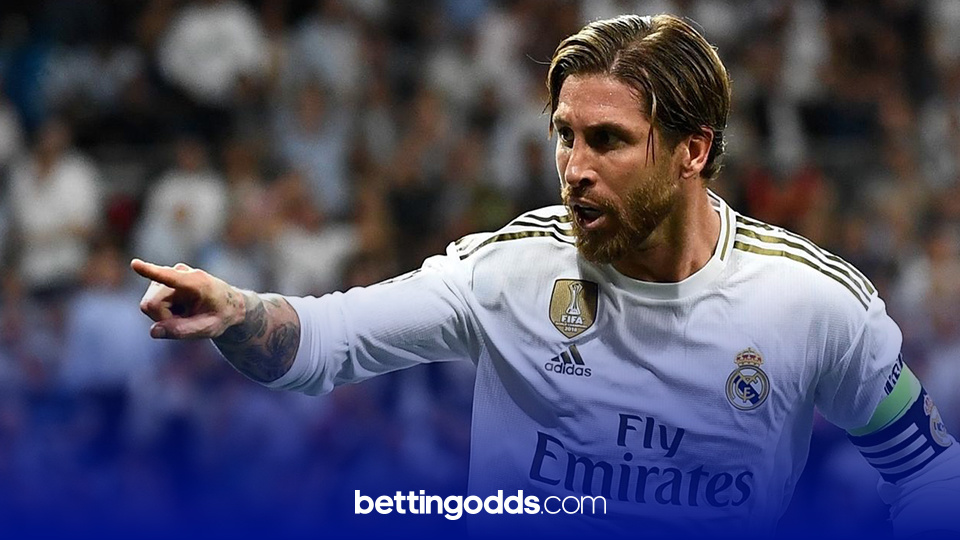 Futbol y una cerveza por favor! The only Spanish we know but what we do know is La Liga is back and we’re trading the Pilsner for the San Miguel for Real Madrid vs Eibar. The game is a late 6.30pm kick-off (UK Time) on Sunday which Sky customers can watch for free in June via La Liga TV or have a bet on Betfair or Bet 365 and watch on their site.

We’re gutted to see Madrid defender Nacho injured for this one, boasting an impressive three  yellow cards in five league games this season, he would've been a serious contender for the booking stakes.

As expected Los Blancos are the big favourites and given a 82% chance of winning their first game in over three months but the Spanish giants have had a pretty ordinary season and playing in a soulless Bernabeu could eliminate any fear the Eibar players would have had, a massive 10/1 if you fancy a shock.

We certainly don’t, with Real Madrid only two points behind Barcelona they’ll be raring to make an empathic start so we have assembled three tips favouring Madrid, a short priced selection, £5 medium bet and juicy longshot.

It’s been far too long since we’ve witnessed Sergio Ramos’ devilishly good looks and deviant acts of sh*thousery and we’re delighted to back him in our first tip.

The Spanish centre-half has scored eight this season and has more La Liga shots on target than Luka Modric and Eden Hazard, and is also on penalties. £10 for him to have a shot on target returns £24, it’s as simple as that.

It’s proven difficult finding some value in the scorer markets for this one with the obvious choice Karim Benzema a measly 8/13 to score anytime, so we’re turning our attention to the Brazilian sensation Vinicious who is having his breakthrough year at Madrid. The wonderkid scored in El Clasico before the league was suspended, has started the last three games and being the sixth favourite to score looks good value at 6/4.

He’ll be up against 33-year-old defender Anaitz Arbilla who should be a busy boy on Sunday. The Spaniard has already served a suspension this season and goes in this double to get his sixth booking of the campaign.

Shots on target, cards and scorers are very much our bread and butter however sometimes we like to add a slice of Jamón (Spanish ham) and for today’s longshot the base of our bet is Real Madrid to win to nil. Courtois and Madrid have had the most clean sheets this season and at evens it looked too good to resist.

Sprinkle that with a value punt for 1+ shots on target for both Casemiro, who has scored three this season averaging more than one shot a game. The cherry on our proverbial cake is a yellow one - Pape Diop to be carded. The 33-year-old has committed Eibar’s second-most fouls this term and will come up against youth and pace on Sunday.

We’re throwing in a Brucey bonus for good measure as we couldn't finish this preview without mentioning Eibar’s goalkeeper is the most booked stopper this season in Europe’s top five leagues. If you’ve got the cojones to back that you can get 8/1 with bet365.

We know football’s coming back so there’s going to be a lot to bet on, which doesn't mean you have to. Only bet what you can afford and make sure betting is fun and nothing else.