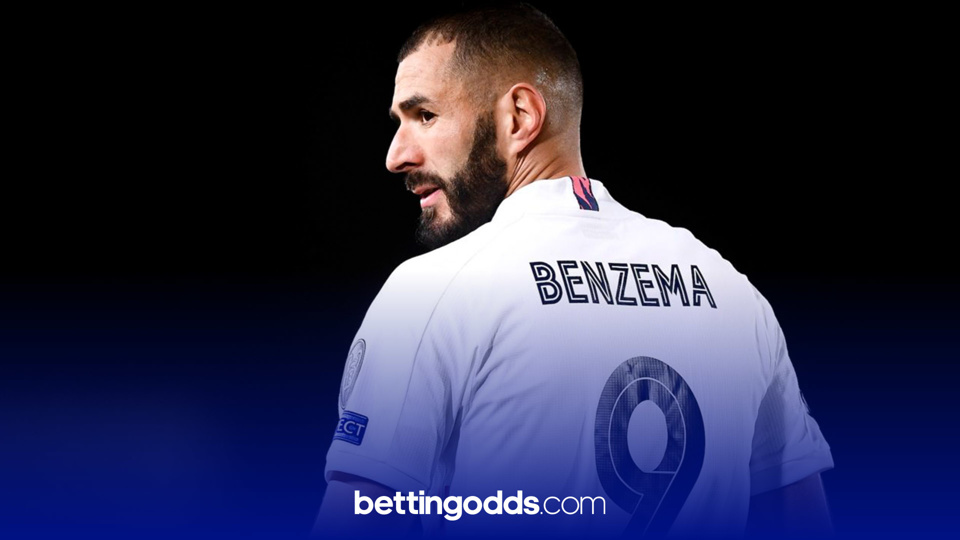 Karim Benzema bagged himself a brace in a 2-1 win over Elche on Saturday as Real Madrid kept themselves in the La Liga title race after a narrow victory. The Champions League is on agenda this week for Los Blancos and our man @AnthonyEadson has three football tips for their game with Atalanta on Tuesday.

After a 1-0 victory in Bergamo, Madrid hold the upper hand heading into this second leg, and are priced at 1/4 to qualify. Atalanta, are 11/4 to reach the quarter-finals, the stage Gian Piero Gasperini’s side were knocked out at last season by PSG.

Sergio Ramos should start this game after completing 90 minutes at the weekend, although Eden Hazard may miss out after picking up another knock. Casemiro is suspended for the hosts, so Asensio, Vinicius Junior and Karim Benzema should be the three in attack for Zinedine Zidane’s team.

Hans Hateboer, Bosko Satulo, and Remo Freuler are all confirmed absentees for Atalanta, while Berat Djimsiti is a doubt after coming off against Spezia on Friday.

Benzema to score, Ramos & Gosens to be carded - 40/1 Paddy Power

The first selection I’ve opted for on Wednesday comes from the ‘to be carded’ market where I’m taking a lean towards Toni Kroos finding his way into the book. First up it’s worth mentioning the referee for this game, Danny Makkelie, who takes charge of Eredivisie games in Holland when he’s not on European duty. The official has taken charge of six Champions League games so far this season and has shown 32 yellow cards, more than any other referee since the group stage started.

With an average of 5.53 yellows shown per game by this referee in this competition and with plenty on the line on Tuesday, I think we should see plenty of cards and at 19/5 with BetVictor Toni Kroos looks a reasonable proposition. You may not necessarily think a prolific offender when it comes to picking up bookings, however the German has actually received five yellows in 21 starts in La Liga this season. I think Atalanta will throw the kitchen sink at Real Madrid here and I think Kroos breaking up play in the centre of the park will be key to stop the counter. At 19/5 with a card-happy referee I’m happy to have a small play on him to be carded with BetVictor.

As I mentioned earlier I’m expecting Atalanta to have a real good go in Madrid and to take the game to the hosts. Incredibly, the boys from Bergamo have won their last five away games in the Champions League including at Liverpool and Ajax this season. They know how to attack and after a red card hampered their game-plan in the first leg, I think they will be out for revenge.

At 11/1 with bet365 I’m also recommending both teams to score in both halves. Gian Piero Gasperini’s sides matches have averaged 3.38 goals per game in the Champions League since the start of last season and I don’t expect that high scoring trend to end here. An early goal for the visitors could really open this game up and with proven pedigree away from I think this one is far from over. There’s no denying Real Madrid are still stacked with quality and in Karim Benzema they have one of the most dynamic and predatory strikers in the competition. We’ve seen some fantastic games over the last two weeks in the Champions League and I’m hoping for another thriller in the Spanish capital between these two.

Paddy Power are offering 40/1 on Karim Benzema to score along with Sergio Ramos and Robin Gosens to be carded which I’m touting for my final pick on Tuesday. The French striker is currently fifth in the all time top scorers in this format and needs just two goals to equal Raul’s record of 71. The 33-year-old has been in good form lately, scoring on all four of his recent outings and after Saturday’s brace it would be no surprise to see him score against the Italians.

Sergio Ramos is another Real Madrid player who needs no introduction. A player who often seems to be at the heart of everything his side does, Ramos will be pumped to come back into the side after his recent injury. Booked on ten occasions in La Liga last season, the central defender has three to his name this term in 15 matches. With 224 yellow cards in 714 career matches, Ramos has had a colourful career and with Danny Makkelie officiating, I’m hopeful of him picking up his 225th here.

I recommended Robin Gosens to pick up a card as a single priced at 7/2 in the first leg between these two sides. The German obliged and gave us a profitable evening with his caution in the second half and I’m fancying a repeat as part of this longshot in the return fixture. Gosens has seen yellow six times in 23 Serie A appearances this term and at 3/1 he looks a much better proposition to be carded than some of his counterparts with Betfair pricing up some people as short as even money.

Let’s hope that there will be plenty of cards on Tuesday evening and that’s 19/5, 11/1 and 40/1 selections in total, best of luck to anyone following and please always gamble responsibly.