Gio van Bronckhorst is back at Ibrox as manager, 20 years after a fruitful three-year spell as a player.

Back between 1998 and 2001, the Dutchman played a significant part in leading the Gers to five trophies, consisting of a domestic treble and a double. Now he’ll be gunning to taste more success from the dugout.

“I am absolutely delighted to be returning to Rangers as the club’s new manager,” he said following his appointment on Thursday.

“I feel so lucky to be going to work with a squad which is in a great position on all fronts and largely has that experience of being winners. I look forward to carrying on and enhancing the work that has been done already alongside Ross Wilson and the board of the club, and I’m grateful for the chance to work again at this huge football club.

“I cannot wait to meet the club’s incredible supporters again and begin this new era for us all.”

The appointment has unsurprisingly been a huge hit with the fanbase following the disappointment of losing title-winning boss Steven Gerrard to Aston Villa.

Van Bronckhorst is a returning icon and popular figure who as a manager has rejuvenated the fortunes of Feyenoord, whom he led to a first title triumph in 18 years. Rangers are no longer in need of a resurrection, instead they are on a quest for further success, both in Scotland and further afield in Europe.

Below we take a look at the latest in the betting for Rangers to retain the title, lift both domestic cups, and their odds to make it through to the Europa League knockout stages… 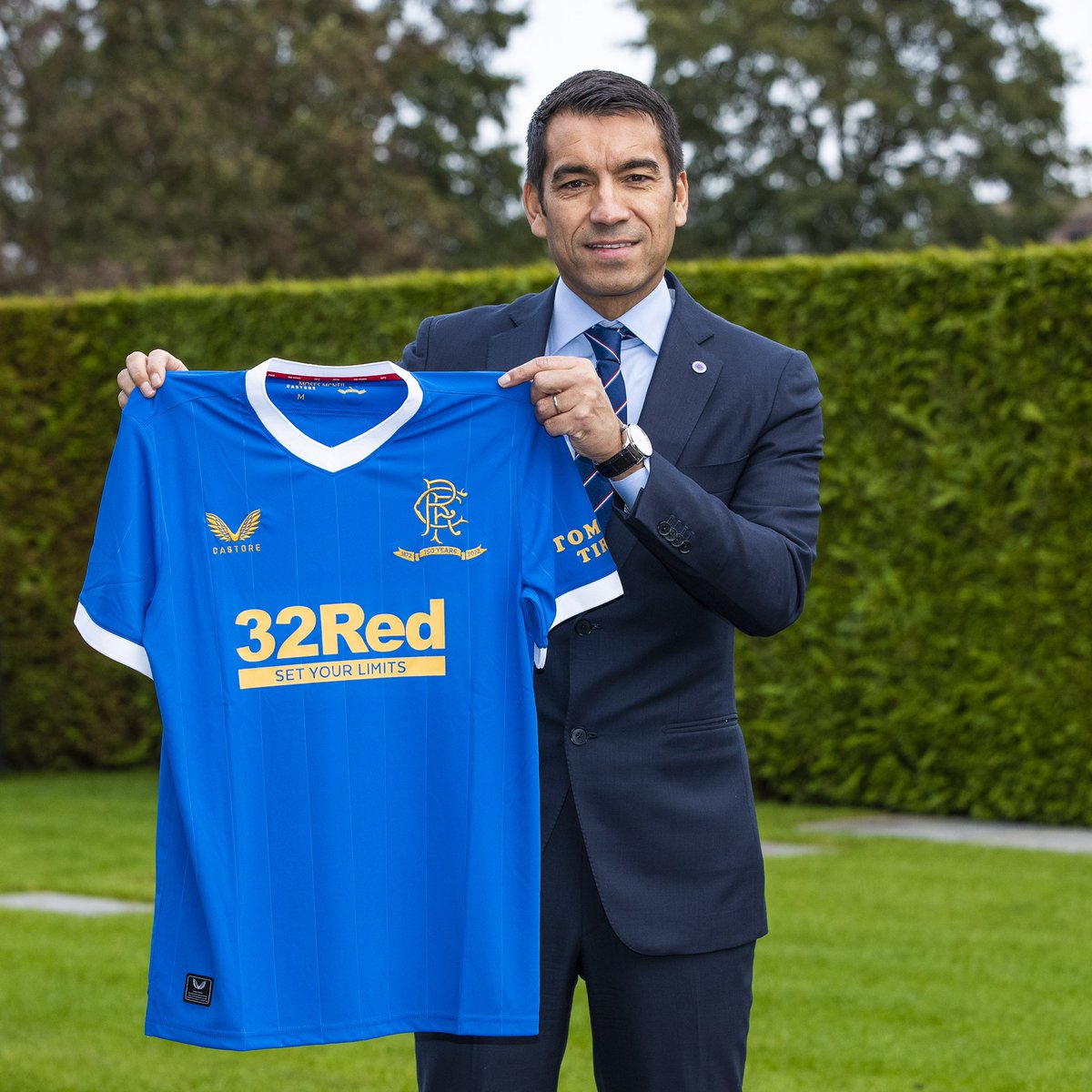 OFFICIAL: Giovanni van Bronckhorst has returned to #RangersFC as manager!

While Gerrard inherited a stuttering side in need of a re-build after they’d slumped to a 3rd place finish behind winners Celtic and runners-up Aberdeen, Van Bronckhorst takes over the defending Scottish champions who have a four-point lead at the summit after 13 matches.

Rangers have only lost one of their last 52 league matches dating back to March 2020. Major changes therefore aren’t needed, yet Van Bronckhorst will look to stamp his own managerial mark on the club and it will be intriguing to see how he goes about taking Rangers to the next level.

At the time of his appointment Rangers are priced at 4/7 to retain the title with most bookmakers but you can back them at 18/25 with SBK, ahead of rivals Celtic (11/8), while Hearts are out at 100/1.

Van Bronckhorst’s first league match is away to Livingston on 28th November, while he’ll have to wait until the New Year (2nd January) for his first Old Firm Derby in the league.

There’s no doubting that Gerrard did a superb job at Rangers but while he memorably delivered the title, he was unable to win either domestic cup during his three-year tenure.

They reached the final in 2019/20, however the Scottish Cup is a competition Rangers have not tasted success in for 10 years. Since that triumph in 2011 six different clubs have lifted the trophy; Celtic five times, plus Kilmarnock, St Mirren, Aberdeen, Ross County, then last season’s victors St Johnstone.

Van Bronckhorst may have officially been appointed manager but he’ll be watching from the stands on Sunday when his new side clash with Hibernian in the League Cup semi-finals. Instead, the four-man interim coaching team will be on the touchline.

Rangers are the red-hot 4/9 favourites to topple Hibernian this weekend, and the 11/10 frontrunners to win the League Cup.

Rangers will enter the Scottish FA Cup at the fourth round, with the third round taking place next weekend.

Like the League Cup, the FA Cup also eluded Gerrard and his team during his time in Glasgow. In fact, Rangers haven’t won since way back in 2008/09 when Walter Smith was still in charge: six clubs have since lifted the trophy.

Rangers are the narrow 6/4 favourites to end their 12-year barren patch in the competition, with Celtic just behind at 2/1. St Johnstone are out at 25/1 to make it back-to-back FA Cup triumphs.

One area where Gerrard restored pride and confidence is in Europe, where he reached the Europa League last-16 in each of the last two seasons. Last term their journey was thrilling, complete with high-scoring matches and dramatic moments.

The current campaign has been more of a struggle, at the moment Rangers are 3rd in their group, locked on four points with 2nd-placed Sparta Prague whom they are battling for a spot in the preliminary knockout round, with table-toppers Lyon already securing top spot.

Rangers host Sparta at Ibrox in a huge clash next Thursday - Van Bronckhorst’s first match - then they travel to Lyon two weeks later for their final group game. Should they miss out on 2nd and finish 3rd, they’ll be transferred over to the Europa Conference League.

At the time of writing only Sporting Index have Group A qualification odds, with Rangers 3/5 ahead of the 6/4 priced Sparta, while Brondby are the 22/1 outsiders. The same bookie has Van Bronckhorst’s men at 45/1 to go on and reach the Final, while Bet Victor have the Gers at 125/1 to win the competition.

Rangers are a touch under 7/1 (Bet365) to win the domestic treble for the first time since 2002/03, while the really optimistic can back the club at 987/1 (Bet Victor) to win the Premiership, both domestic cups, and Europa League quadruple!

Premier League Sack Race Odds: Who is next in the firing line?

Premier League managers are falling like flies at the moment with five bosses axed since the start of October. On the plus side two of those five are already back in work. Xisxo Munoz jetted back to Spain with Huesca just three weeks…