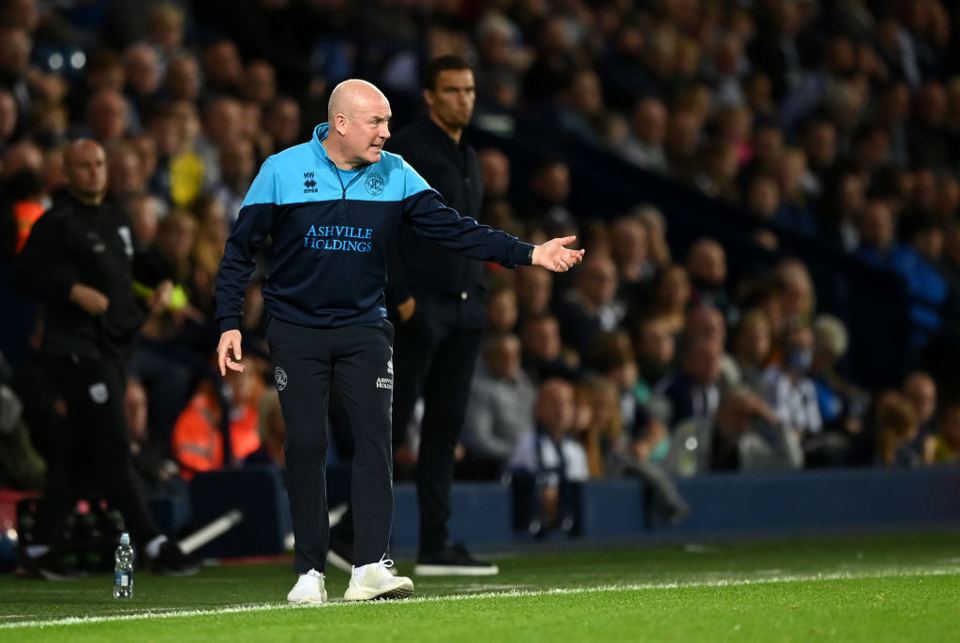 Mark Warburton is set to leave QPR at the end of the season
By JimmyThePunt
17:25 Thursday 28th April 2022 - 5 minute read

The visitors put out a video of the squad enjoying a go-karting trip on social media this week which is fitting as they are currently in the driving seat to secure the sixth and final play-off spot. The Blades are on 69 points, two points above Middlesbrough- who ramped up the pressure with a victory over Cardiff on Wednesday - and three points ahead of Blackburn Rovers and the inform Millwall.

With David McGoldrick, Oli McBurnie and Rhian Brewster all out for the rest of the season, SUFC’s skipper should spear-head their attack in the big smoke, with Iliman Ndiaye and Morgan Gibbs-White operating just behind him.

The hosts confirmed on Thursday that Mark Warburton is set to leave the club at the end of the season, exactly what impact that will have on the squad remains to be seen but based on their current trajectory, their campaign looks to be petering out.

That being said, it could give QPR just the jolt they need for the last two games of the term. Victory on Friday would move them two within three points of the Blades, though their goal difference makes a late play-off push unlikely.

Odds wise, the value may lie with the hosts at 16/5 because when priced accordingly, the R’s have won 44% of their games, yet the odds imply an expected chance of victory of 24%. However, having lost eleven of their last 17 games in all competitions, I do not think backing the hosts to buck that trend is the way to go here.

In England we say do not put all your eggs in one basket, in Japan they say make sure it is a good basket and with Peter Banks overseeing this one, I will be putting my faith in his card brandishing antics.

This campaign, he has dealt an average of 4.43 cards per game in the second tier awarding 21 in his last four appearances, only failing to dish out at least six per game in one of those games!

With 14 cards to his name in the Championship, only Matt Crooks (15) has accumulated more bookings than QPR’s Sam Field this campaign. What is particularly impressive about Field’s tally though, is that he has achieved his in 1,200 minutes less than Crooks.

Field has a cards per 90 average of 0.58, a staggeringly high average that translates to a decimal price of 1.72. With 23 cards in 97 league appearances, if you were to base his price of his career cards average, 2/1 would represent value here.

In terms of defensive output, he tops his sides charts in terms of tackles and fouls average 2.8 of the former and 1.8 of the latter power game.

He has picked up nine cards in his last eleven games!

The blend of an obliging referee, the occasion and the fact that it is an evening kick-off with the presence of Sky Sports camera’s make the perfect circumstance for cards which is why I think it is worth doing a double and a treble.

With nine cards to his name, Ollie Norwood tops the Blades charts for ill-discipline this season and averaging 1.1 fouls per game.

The way SUFC play Heckingbottom can leave Norwood exposed. In possession he is the quarter-back, everything goes through him, he has the highest passes per game average (63.1) and completes the most long balls (6.5) per game. The nature of his role makes him vulnerable as he is targeted by the opposition press and is prone to the odd mistake.

Also, the gung-ho nature of United’s defenders often means it is only John Egan and Norwood at the back during sustained possession. This means that the pair can be exposed in transition which is why, even though Norwood’s defensive output is below average for a CM, the cynical nature of his fouls make him prone to bookings.

The treble combines cards for Norwood and both of QPR’s deepest lying midfielders, Field and Andre Dozzell.

Dozzell has picked up six cards in 17 league starts this season and a straight red card vs Bournemouth, despite coming on at half time. He only played 22 minutes in the reverse of this fixture but Bankes took his name the last time he took charge of a QPR game.

Championship Odds
Opt-in
Sign-up to receive emails when new additions are made to the Opta Tool
Sign-up
By clicking opt-in you agree to our privacy policy and terms and conditions below
Opt-in
Your Details
Complete your details below to enter:
Full Name
Email
SUBMIT
Please fill in both your name and email
Opt-in
SUCCESS!
Thank you for your submission.