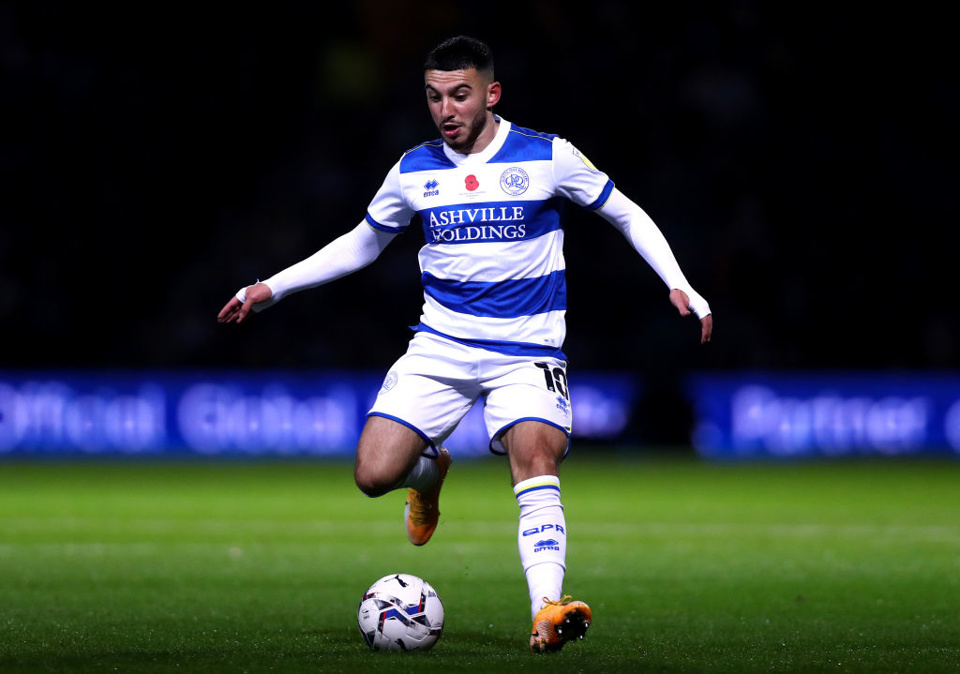 Ilias Chair looks to be one of Michael Beale's most pivotal attacking outlets at QPR this season
By Luke Hamilton
17:01 Monday 15th August 2022 - 4 minute read

We know the domestic league season is starting to find its groove when the midweek EFL fixtures begin rolling up.

There are 31 games slated across the second, third and fourth tiers of English football on Tuesday alone, but it's a televised Championship affair that takes our focus.

On the back of a full house from his Arsenal vs Leicester preview, our in-house writer @LAHamalam has thumbed through the stats and found a couple of value bets for the game to hopefully continue his recent good fortune.

Michael Beale could have opened up pandora's box for opposition teams as Ilias Chair has gotten off to a great start under his tenure.

His 14 goal involvements last campaign (9 goals and 5 assists) was his career best in a single season, and he's shown no signs of letting up under new stewardship at Loftus Road.

A new 4-1-4-1 formation seems to suit his versatility, with Chair situated ahead of Stefan Johansen and alongside Sam Field in the two more advanced central positions last time out.

The Belgian-born, Moroccan international has returned the trust instilled in him by the new regime in West London, scoring once and assisting twice in QPR's opening three league fixtures.

He did boast a 0.40 G+A average for the R's during the 21/22 campaign, so the 11/10 for him to score or assist with the same bookmaker may take appeal. But we're more interested in him setting up a teammate here.

With an emphasis on stretching the play, getting the ball into the feet of their most deadly attacking forces and providing as much service for target man Lyndon Dykes as possible, don't be so surprised if Chair finds himself assisting more often than he's scoring this season.

On current form and how this one is expected to play out, we'll take the 16/5 on offer for an anytime assist with PP.

With two new men in the respective dugouts this season, there's very little worth in looking at the previous history between these two for any findings. It's also tough to dip deep from such a small sample size for both teams too. However, we believe we've found a price that for many different reasons, is worth your consideration.

Callum Connolly has featured in all four matches for the Seasiders since Michael Appleton was handed the mantle following Neil Critchley's departure. The full-back was Blackpool's most cautioned player during the 21/22 season, accruing 10 bookings from 31 appearances under his former manager.

Which is perhaps why BoyleSports have him up at 7/4 - currently the shortest price in the market for the 24-year-old to enter the referee's book on Tuesday night. Paddy Power's 7/2 is made even more tantalising when you consider a few other factors.

Connolly and his Blackpool side haven't exactly faced stellar opposition yet; losing two of their three Championship matches this term, while the Everton academy graduate has directly opposed Ryan Manning from Swansea, Ovie Ejaria at Reading and Stoke's Josh Tymon - the latter of which he was booked against away from home.

And while the jury is still out on Michael Beale's QPR, Pool could be in for another difficult evening on their travels. Rangers have picked up four points from their last two league matches after opening day defeat to Blackburn, while the Tangerine army failed to register a shot in their only 22/23 Championship away fixture in a 2-0 loss to Stoke.

At this point last season after four games, Connolly had racked up eight fouls and seen two yellow cards. After three outings, he's currently had three fouls and been cautioned once - in the aforementioned Stoke away fixture where he committed two fouls and successfully won two tackles.

With nothing suggesting that Appleton's team are any more or less aggressive/disciplined than Critchley's side before him, it'll largely fall on who the no.2 comes up against. Bad news for him it's Olamide Shodipo.

No player from either team has drawn more fouls than Shodipo's 6, with Lynden Gooch of Sunderland the latest victim to be booked down his side in their 2-2 draw on Saturday.