PSG v Manchester United Tips: A view to a Kylian, side with Mbappe in Paris 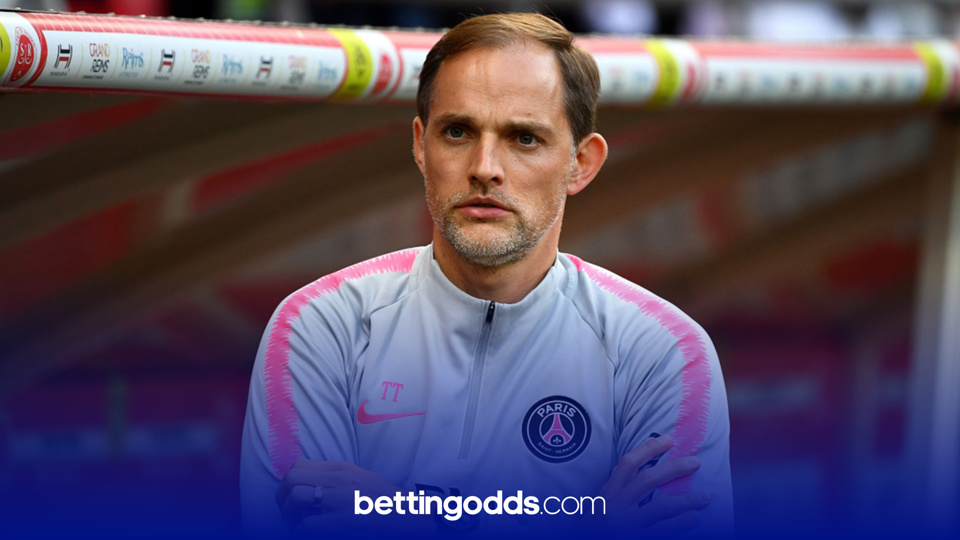 There’s something very satisfactory about hearing the Champions League anthem before a game knowing you are about to watch a match from the best club competition in the world. Well that’s my take anyway, but before we get caught up on what is the best competition in football, there’s the small matter of PSG v Manchester United on Tuesday as the Champions League returns.

There’s plenty of selection headaches for both managers ahead of the game. Mason Greenwood is a doubt along with Edinson Cavani who both lack match fitness. Alex Telles was brought in by United on deadline day and could replace Luke Shaw at left back. Scott McTominay is fighting for a place in central midfield with both Paul Pogba and Nemanja Matic being out of form.

Angel Di Maria is available for selection after missing the last two games through suspension. Mauro Icardi, Marco Veratti and Julian Draxler are all doubtful and will be assessed before the match. Juan Bernat will miss out through injury which means there could be a place at left back for Layvin Kurzawa or Mitchel Bakker.

Having a look at the prices for the game and PSG are the 4/7 favourites, an implied probability of victory of 66%. The draw can be backed at 10/3 with a win for Ole Gunnar Solskjaer’s side priced at 4/1 with most firms. The game can be seen live on BT Sport 2, kicking off at 8pm.

PSG v Man United Tip #1
PSG to win & Mbappe to score
15/8
PSG reached the CL final last season and should prove too strong for United who have not been great this season Mbappe has four in four in the league this season and scored twice in the International break for France
Odds correct as of 2020-10-19 23:55 Odds subject to change.

The first of three football tips I’ve got for the evening is Paris Saint-Germain to win and Kylian Mbappe to score. This has been boosted to 15/8 with Paddy Power which is a price I’m willing to get involved with. PSG have won their last five matches in a row and with the last four all coming by a two goal margin. They are a side who reached the Champions League final last season and a team who I see in a far better state than Manchester United at the moment.

United have won their last four games, but I have not been taken aback by any of their performances and I think they could struggle against a PSG frontline of the highest quality. In Kylian Mbappe PSG have one of the best strikers this season and the Frenchman already has four league goals in four appearances. The 21-year-old scored twice over the International break for France and already looks sharp this campaign. This same selection is priced as short as 11/8 with other firms so I’ll be having a play here on the 15/8 from Paddy Power.

PSG v Man United Tip #2
Layvin Kurzawa to be carded
5/1
Booked four times in nine starts in Ligue 1 last season Overpriced if he starts against a speedy United attack who will be looking for the counter.
Odds correct as of 2020-10-19 17:05 Odds subject to change.

Next up I’m fancying stand-in left-back Layvin Kurzawa to be carded at 5/1. Juan Bernat is the usual left-sided defender for the Parisiens but is set to miss the game against Man United. That leaves Layvin Kurzawa or 20-year-old Mitchel Bakker to step into the role. I think Kurzawa should come into the starting line up but it may be worth checking beforehand.

The 28-year-old Frenchman was booked on six occasions for PSG last season, picking up four yellow cards from just nine starts and five appearances off the bench. Kurzawa was also booked twice in the two starts he made in the Champions League in 19/20 and I fancy him to pick up another on Tuesday. 5/1 looks a fair price with Skybet and William Hill with other firms going as short as 3/1.

Premier League Top 4 Odds
PSG v Man United Tip #3
Di Maria & Fernandes 1+ shot on target, Wan-Bissaka & Kimpembe to be carded
30/1
Di Maria makes much more appeal at 8/13 for a shot on target as opposed to Mbappe & Neymar at 1/33 & 1/20 Fernandes is on set-piece duty and averaged 1.3 shots on target per game in the league last season No United player was booked more times in the league than AWB last season and he could be up against Mbappe Kimpembe was booked six times in 16 league appearances last season
Odds correct as of 2020-10-19 17:10 Odds subject to change.

Rounding off proceedings in Paris is a 30/1 shot I’ve picked out made up of Bruno Fernandes and Angel Di Maria to have one or more shots on target, with both Aaron Wan-Bissaka and Presnel Kimpembe to be carded.

Bruno Fernandes was on target again for Manchester United at the weekend despite missing a penalty. The Portugese midfielder averaged 1.3 shots per game in the league last season and with him being the set piece taker I’ve opted to have him in here.

Angel Di Maria is expected to come back into the side after a two game suspension. With Kylian Mbappe and Neymar priced at 1/33 & 1/20 with Betfair and Paddy Power it makes a lot of sense to opt for Di Maria at 8/13 to have one shot on target in the game rather than his fellow attackers.

Moving onto the bookings and one player I think will be in for a torrid time of things on Tuesday is Aaron Wan-Bissaka who I fancy to pick up a card. No player was booked for United more than AWB with eight last season. He’s yet to pick up one this term but being up against Mbappe could well cause him to see yellow in Paris.

The final element of this four-pronged punt is Presnel Kimpembe to be carded. The centre-back was booked on no less than six occasions in Ligue 1 last term. Those six came in just 16 appearances and I’m fancying him to pick up another when trying to stop a potential counter attack from United’s speedy forward line.

Best of luck to those following the selections on Tuesday. Please make sure to always gamble responsibly.

Kylian Mbappe sent the goalkeeper for a hot dog with that first goal 🌭 https://t.co/wJyfQ1TJUy