PSG v Barcelona Tips: Back Alba to hit the target in Paris 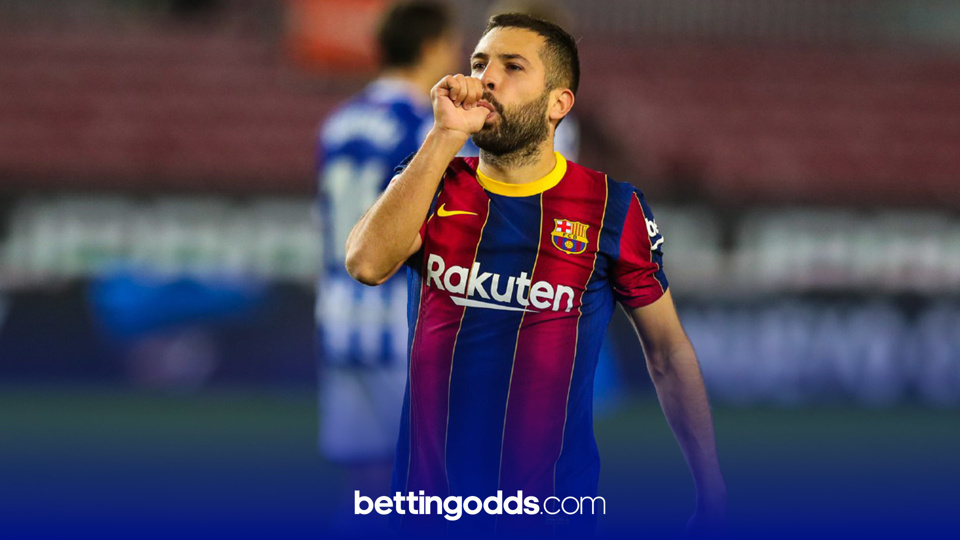 Wednesday evening at 20:00 live on BT Sport is the much anticipated second leg of the last-16 tie between PSG and Barcelona. With spirits of the famous Le Remontada still in recent years, could lightning strike twice and allow Barcelona to overturn a 4-1 deficit from the first leg?

The first leg saw Lionel Messi open the scoring from the spot but it was all down from there after an incredible hat trick from Kylian Mbappe which made him the third player ever to score a Champions League hat trick against the Spanish giants.

With Neymar still being a huge doubt for Pocchetino’s men, he will be hugely boosted by the return of Argentine Angel Di Maria who was deemed fit and managed to get minutes under his belt in Saturday’s 3-0 victory over Brest.

Koeman may have to shuffle the pack yet again as the Spanish full back, Jordi Alba, came off injured in the 2-0 win at the weekend against Osasuna. The Catalan giants also have other injury woes and will be missing Pique, Fati, Coutinho and Roberto for this important clash with the Parisians, leaving the weight of the world on 33 year old Lionel Messi to provide the goods yet again.

The French international has really benefited from a good run of starts in the second half of the season and has been a key part of the Catalan attack. Playing on the right has helped him improve his attacking output as he loves to run at defenders, often cutting inside to get a shot off at goal.

In his last eight La Liga starts, he has registered 25 shots (3.13 per game), managing to hit the target 10 times. In the reverse fixture against the Parisians, he managed to register five shots, and with Barcelona chasing a three goal deficit, I think backing Dembele for 3+ shots at 7/5 looks great value.

The Spanish full back has been in scintillating form this season giving Barcelona a different attacking outlet from the left back position. Barcelona have been opting for a back three in their last few games and may opt for a similar approach here at the Parc de Princes which would give Alba even more attacking freedom.

Alba has managed to score twice in his last three matches and has registered 10 shots in his last 10 La Liga apearances. Along with his 30th minute near post bullet at the weekend, he also managed another shot on target in the same match from this more attacking role. With Barcelona having a huge deficit to overcome, he will be playing extremely high up the pitch and could get himself in a few positions good enough to register another shot on target. Priced at 11/4 and having three on target in his last three, this looks great value.

For the brave punters out there I have found a huge same game multi to throw some loose change at. With Dembele firing in the shots lately, he has landed 2+ on target twice in his last three starts, including in the first leg at Camp Nou. Alba as explained above has managed to score twice in his last three matches and should have a more attacking role to help to try and overcome this mammoth task of qualifying for the last eight.

My final selection for the multi comes in the form of a booking for the Argentine Paredes. After tipping him in the first leg to no avail, he has been booked in both of his starts since. The midfielder is crazy for cards, picking up eight in his last 16 starts (50%) and in a match that the French champions will be so eager to close out, it wouldn’t surprise me to see him booked again on Wednesday night.