The Premier League Weekend In Numbers: All the best stats and data from Gameweek 7 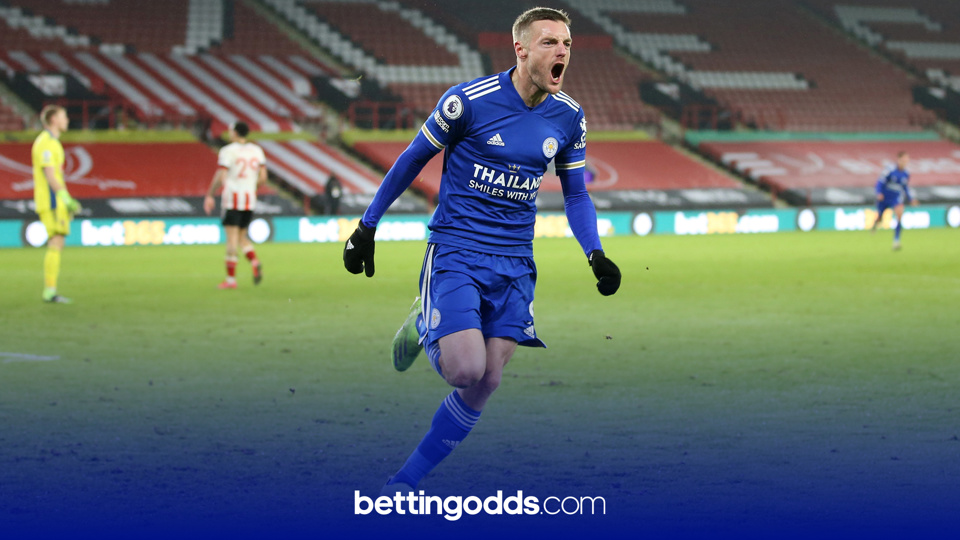 Gameweek 7 proved to be an absolute barnstormer in the Premier League, with the 2-2 draw between Liverpool and Manchester City throwing up a scintillating second-half of football, worthy of being showcased to any corner of the globe. Here at BettingOdds.com we’ve taken a look back at some of the data and most impressive stats in our Premier League weekend in numbers series.

57 - Norwich, Burnley, Southampton and Newcastle are still all yet to win a league match this season, making it the first time in 57 years that four clubs have not registered a win after seven rounds of matches. The last time this happened in the top-flight was all the way back in the 1965-1965 season

50 - Bruno Fernandes provided an assist for Anthony Martial’s opening goal at Old Trafford on Saturday lunchtime. That was the 50th goal involvement the 27-year-old has provided for the club in just 58 league matches. Only Andy Cole, Alan Shearer and Eric Cantona have reached this tally in fewer games in the competition. 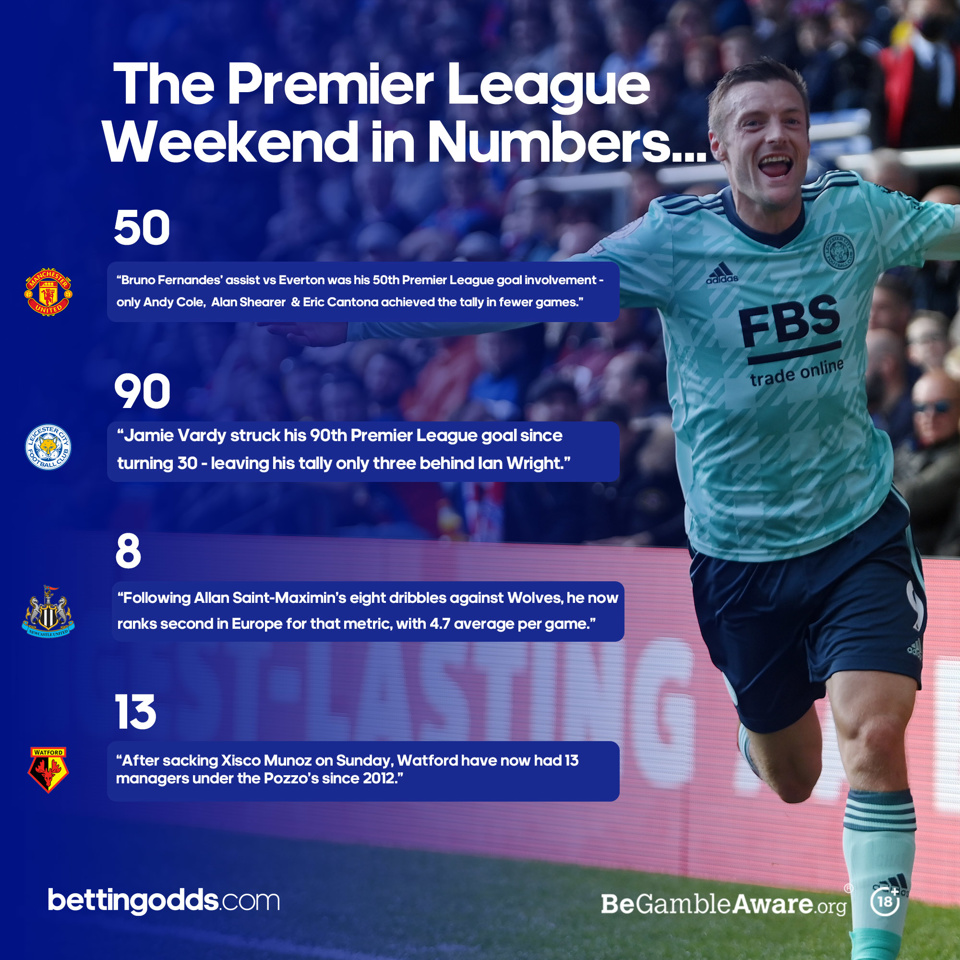 90 - Jamie Vardy’s strike against Crystal Palace on Sunday was the 90th that the Leicester City frontman has scored since turning 30. That’s just three fewer than Ian Wright who has the most goals in the Premier League for any player after their 30th birthday.

6 - Harry Kane failed to find the net once again this weekend as his Spurs side claimed a 2-1 victory over Aston Villa. Kane’s scoreless streak now stands at six matches which is his longest in the Premier League since failing to score in his first six matches of the 2015-2016 season. It is worth noting, however, that Kane went on to be the top goalscorer that season with 25 goals and can be backed at 16/1 to do so this campaign.

6 - Watford’s Juraj Kucka made six tackles on Saturday as the Hornets went down 1-0 to Leeds at Elland Road. The Slovakian is averaging 3.8 tackles per game so far this season which is higher than any other player in the division. After making 4+ tackles in four of his six games so far Kucka ranks second in Europe’s top-five leagues for tackles per game.

8 - Allan Saint-Maximin continues to be the biggest attacking threat for Newcastle and this week completed another 8 dribbles against Wolves. Newcastle lost the game 2-1, but Saint-Maximin’s eight dribbles means he now ranks second in Europe for that metric with 4.7 per game on average, with Adama Traore the only player to better that figure with 7 per game.

5 - Patrick Bamford was absent for Leeds’ first league win of the season on Saturday as Marcelo Bielsa's managed a 1-0 win over Watford. Stuart Dallas recorded five shots, which alongside Raphinha was the most in the match. Dallas’ tally of five shots is the highest of his Premier League career and he could be one to keep an eye on in the relevant shots markets.

13 - After sacking Xisco Munoz on Sunday morning, Watford have now had 13 managers under the Pozzo’s since 2012. In that time those 13 managers have averaged just 30.4 games for the club with Claudio Ranieri set to be announced as the new man in charge. Munoz becomes the first managerial casualty of the season in the top-flight with just a measly 6/1 on offer for Ranieri to be the next manager to leave!