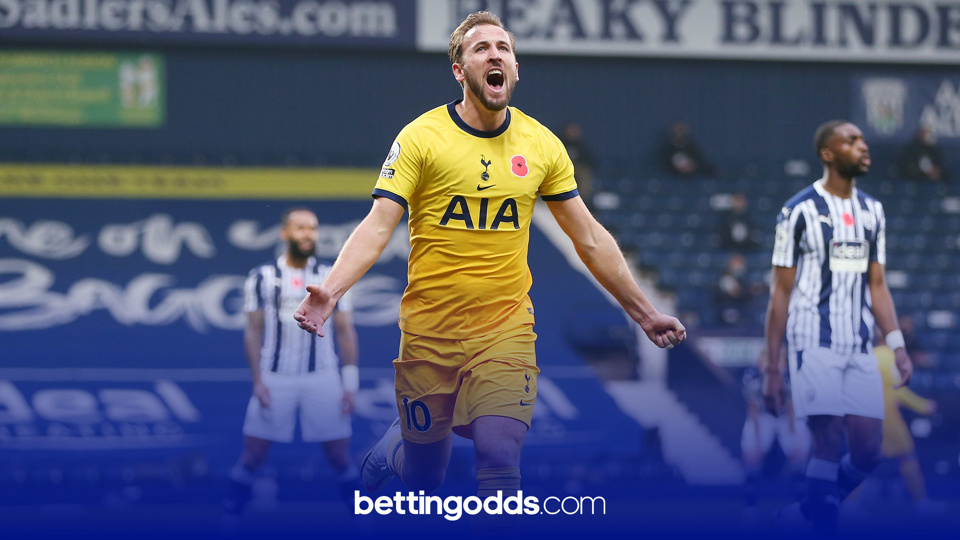 As the season approaches its final third, the race for the Golden Boot is starting to ramp up. Just a week ago it was believed that Harry Kane would miss at least a month’s worth of action due to an ankle injury sustained against Liverpool at the end of January.

The England skipper was absent for Spurs’ back-to-back 1-0 defeats against Brighton and Chelsea due to the knock and was not expected to return until late-February at the earliest, potentially even later, dealing his chances of winning this season's Premier League’s Golden Boot award a major blow.

With Kane confined to the treatment table the tussle appeared to be over, as Liverpool’s Mohamed Salah pulled three goals clear of the chasing pack and was cut into Evens to end the campaign as top goalscorer; Kane drifting out to 9/1 with a number of firms.

However, in a shock twist, the 27-year-old was back in action at the weekend, starting Tottenham’s clash against strugglers West Brom on Sunday afternoon. After three really disappointing performances, it was a huge boost for the north Londoners, who looked invigorated with their talisman back leading the line.

While the opposition offered little in the way of a challenge, Kane rallied his troops and Spurs put in a good performance to earn their first win in the top-flight since 17 January, seeing off the Baggies 2-0 thanks to a second half opener from the club's No.10 before Son Heung-min scored his first goal in six outings to secure the spoils in north London. 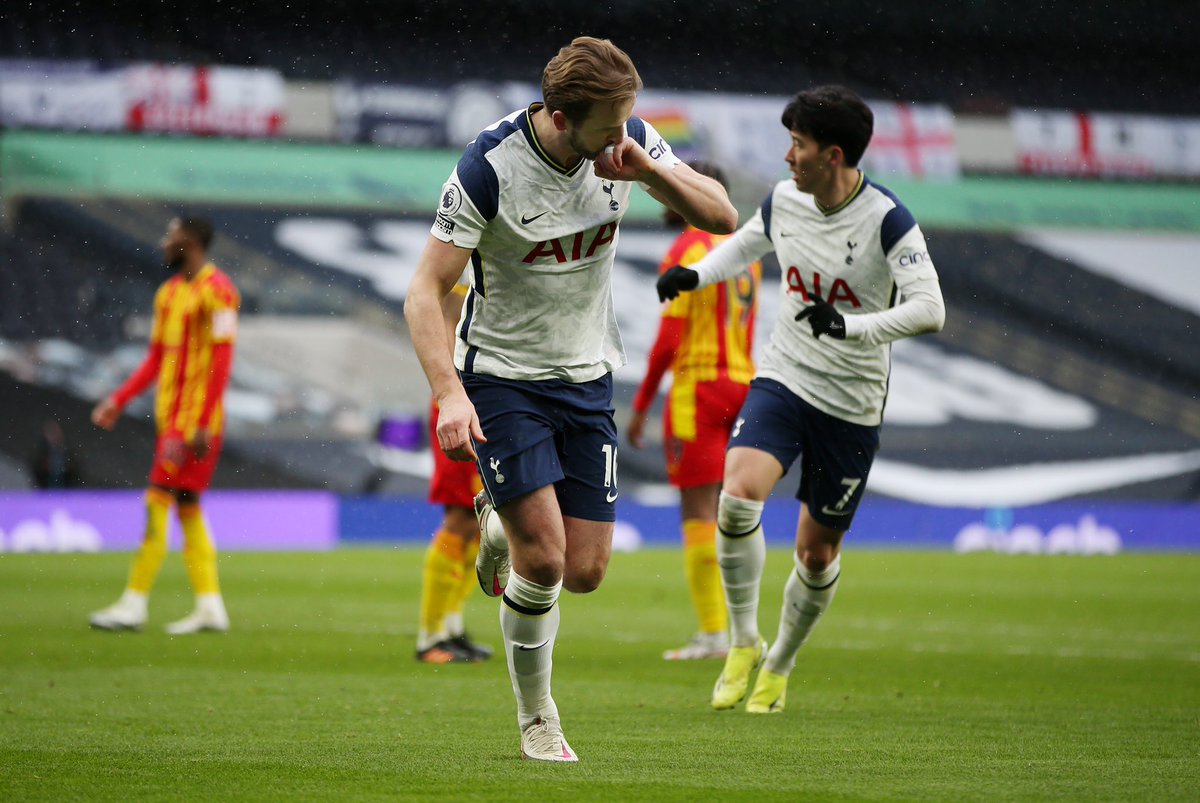 Important we got the win today. Good to be back with a goal too 💪 https://t.co/HTRbHBy3Dv

That goal was Kane’s 13th of the campaign, and took him to within touching distance of front-runner Mo Salah at the summit of the top scorer chart. The Three Lions striker is now just three goals behind his Liverpool counterpart following the Egyptian’s well-taken penalty against Manchester City in the Sunday’s later kick-off, and as a result he has now seen his odds for the Golden Boot cut into 5/1 from 9/1.

This was always going to happen, though. Kane’s price only drifted due to his projected lay-off, but with that ending much sooner than expected it is somewhat of a surprise to see his price not slashed a lot more considering he trails Salah by just three goals at the moment.

Prior to limping off against the Reds last month, Kane was as short as 11/4 in the market when he had 12 goals to his name, and Salah - the narrow favourite at 5/2 - was just two in front on 14. Now we are seeing an almost-identical gap, Salah with a slightly extended margin, and the price difference is a lot bigger. But why? 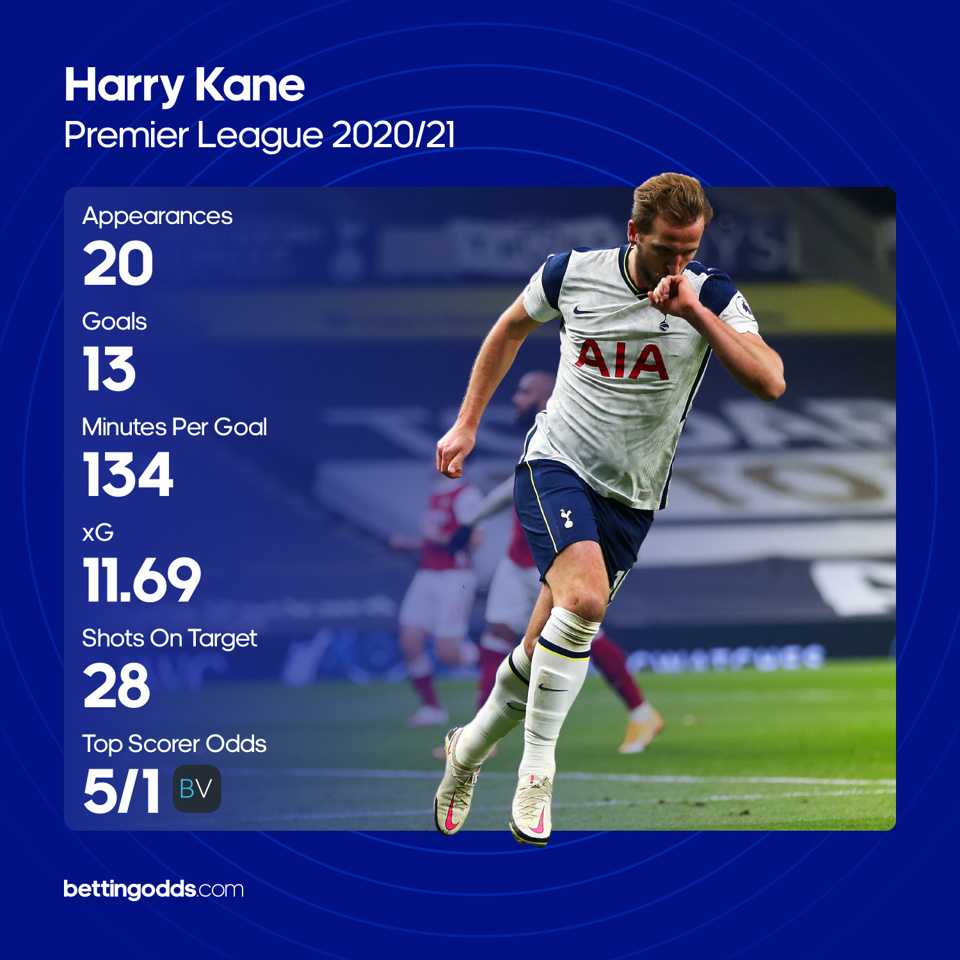 The bookies are probably expecting Kane to pick up more injuries from now until the end of the season. There is no denying that he has been rushed back into the fold as Tottenham rely on him so much and because of that, injuries are much more likely to reoccur.

This factor, partnered with a gruelling fixture schedule thanks to the reintroduction of the Europa League next week, could easily see Kane pick up another knock and therefore rule him out once more.

Mourinho will, however, have to dig deep into his squad for his side’s forthcoming European commitments and trust the likes of Carlos Vinicus, Lucas, Erik Lamela and Gareth Bale to help out in the goalscoring department in order to protect Kane from any potential injuries he may incur if he plays too much in the coming months.

Easier said than done. As we have seen in recent weeks, without Kane Spurs really struggle and if they are to travel further towards the final of the Europa League and win it for the first time in their history, Kane will simply have to feature. It is all about striking a balance, however, and if Mourinho gets it right, then there is nothing to suggest that his star man cannot remain free of injury from now until the season’s end.

Spurs’ run-in in the Premier League is actually fairly favourable in the next two months. Aside from facing Manchester City this weekend, Tottenham will then play a West Ham side showing signs of fatigue, Burnley, Crystal Palace, an inconsistent Arsenal, an injury-ravaged Southampton and Newcastle - all games that, if they play to their full capabilities, you’d fancy them to win, and more so fantastic opportunities for Kane to add to his haul.

Liverpool, meanwhile, face resurgent Leicester and Everton sides, alongside an invigorated Chelsea outfit and two of the league’s most impressive performers in Aston Villa and Leeds from now until the end of April, that is before even mentioning  their challenging double-header against RB Leipzig in the last-16 of the Champions League.

A daunting prospect at the best of times, Jurgen Klopp’s side are currently experiencing their biggest dip in form in over two years - not helped by an ongoing injury crisis - so it is difficult to have too much hope in their chances of coming out of the next ten weeks unscathed, which casts a shadow of doubt over Salah’s chances of retaining his lead in the race to be crowned Premier League's top scorer. 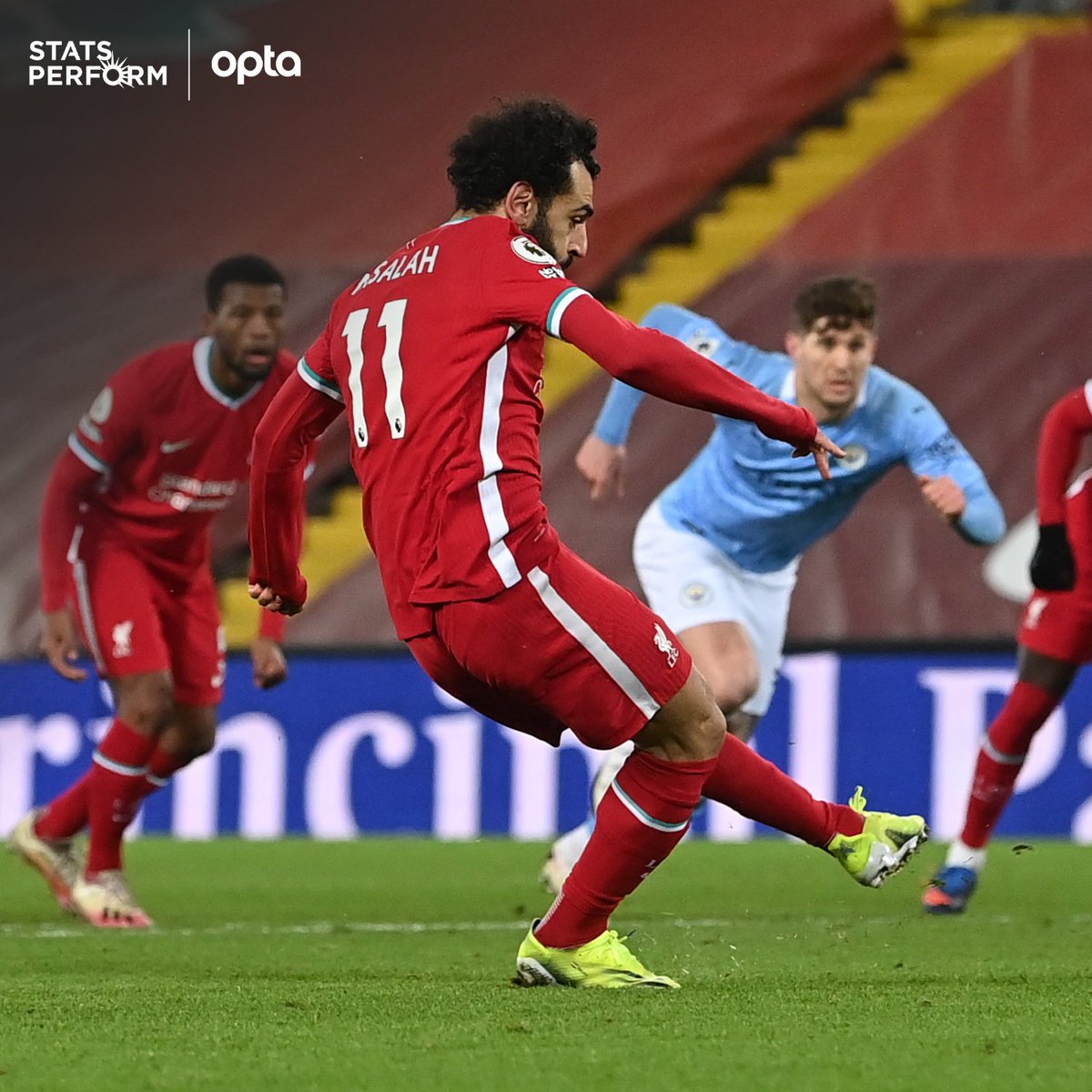 410 & 602 - Mohamed Salah's penalty has ended Liverpool's run of 410 minutes without a Premier League goal at Anfield, and also ended a run of 602 minutes without conceding a goal home and away in the competition for Man City. Broken. https://t.co/2AKZcgswfp

More than a two-horse race

There are also a number of worthy candidates still in the hunt that I am yet to mention.

Manchester United’s Bruno Fernandes (11/1) is, like Kane, also on 13 goals as things stand; his latest effort coming in the form of a stunning curling effort during the Red Devils’ thrilling 3-3 draw with Everton on Saturday, while Son Heung-min (10/1) and Dominic Calvert-Lewin (12/1) are both also just three goals behind Salah at the time of writing and each could feasibly finish the campaign as the division’s leading marksman.

It is Kane who undeniably poses the biggest threat, though, and in my opinion offers the best value in this market. 5/1 is a solid price for arguably the greatest and most consistent goalscorer in world football to clinch his third Golden Boot in six seasons; it almost seems a bit too good to be true.