Everton have never been relegated from the Premier League, but with just a few weeks of the campaign remaining the Toffees are now odds-on with most bookmakers to be plying their trade in the Championship next season.

Sunday’s 2-0 defeat in the Merseyside derby was Everton’s 12th loss on the road this season in the league. Frank Lampard’s side had just 17.6% possession in a game where Thiago Alcantara completed 119 passes: 24 more than the whole Everton team combined.

To make matters worse, fellow relegation candidates Burnley claimed all three points against Wolves at Turf Moor. This rounded off a great week for the Clarets who have climbed out of the drop-zone. Off the back of those results we’ve taken a look at the latest odds for relegation along with each side's remaining fixtures. With Norwich (1/200) 10 points from safety and Watford (1/80) nine points adrift, the odds suggest it would take a miracle for either to remain in the top-flight. 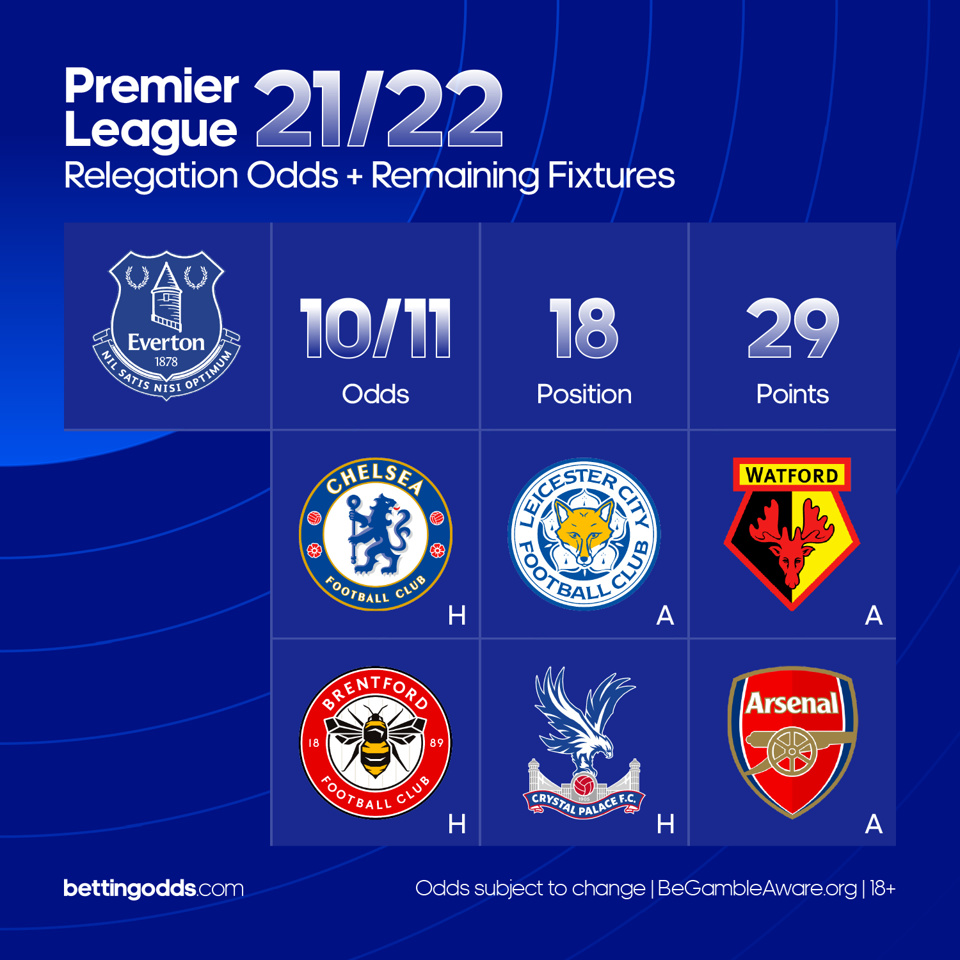 The Blue half of Liverpool has not suffered relegation since 1951 and only Arsenal have been in England’s top division for longer. As things stand Everton are 18th in the table, two points behind Burnley in 17th. The Toffees do have a game in hand over the side above them but their current form, particularly away from home, makes for worrying reading for the Goodison-faithful.

Just ten days ago, Burnley parted ways with Sean Dyche after a decade at the helm. Since then the Clarets have played three matches under the guidance of caretaker manager Mike Jackson and have taken seven points. Burnley seem united and appear to be playing more expansive football than in recent weeks, although punters should be aware that three of their last five matches are away from Turf Moor. 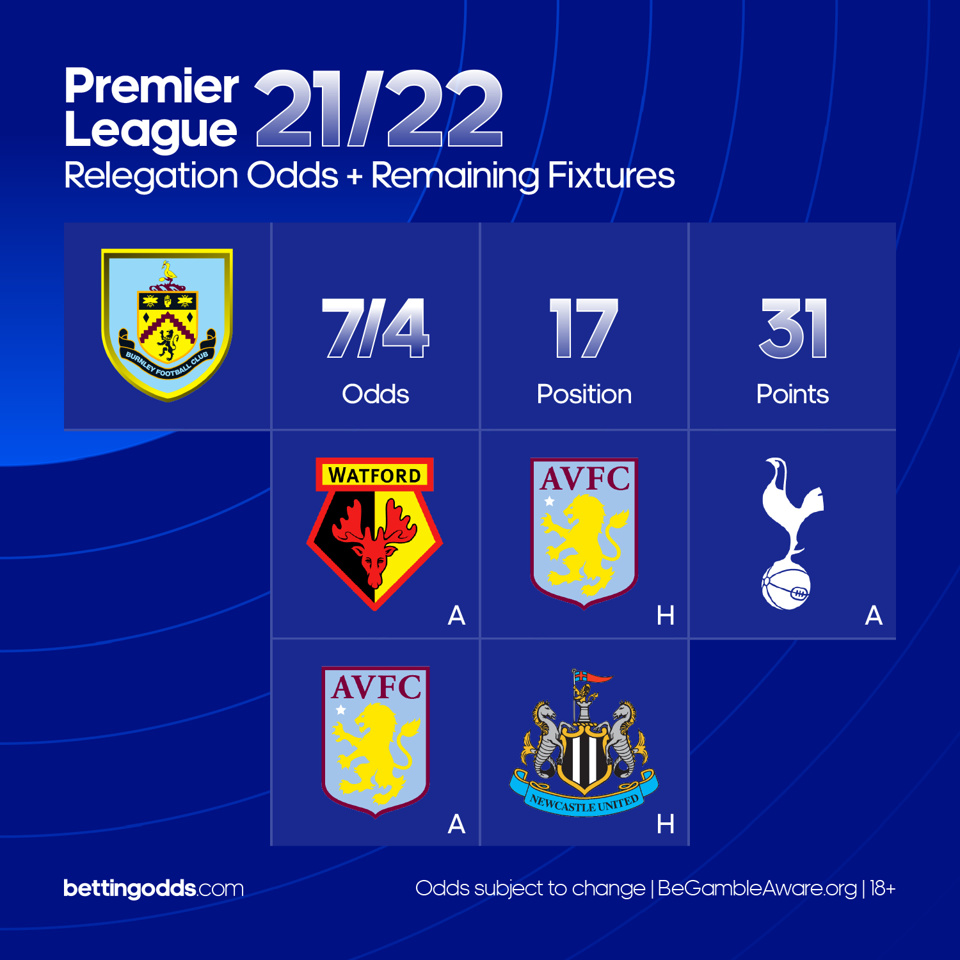 Leeds have a huge game on Monday night against Crystal Palace and at the time of writing they are 10/3 to be relegated this season. Jesse Marsch’s men have not played for over two weeks, but have taken 10 points from their last four matches and should be nice and fresh for the trip to Selhurst Park. However, Leeds do have quite a tough run-in, and have to play Manchester City, Arsenal and Chelsea, giving even more importance to Monday night’s game.