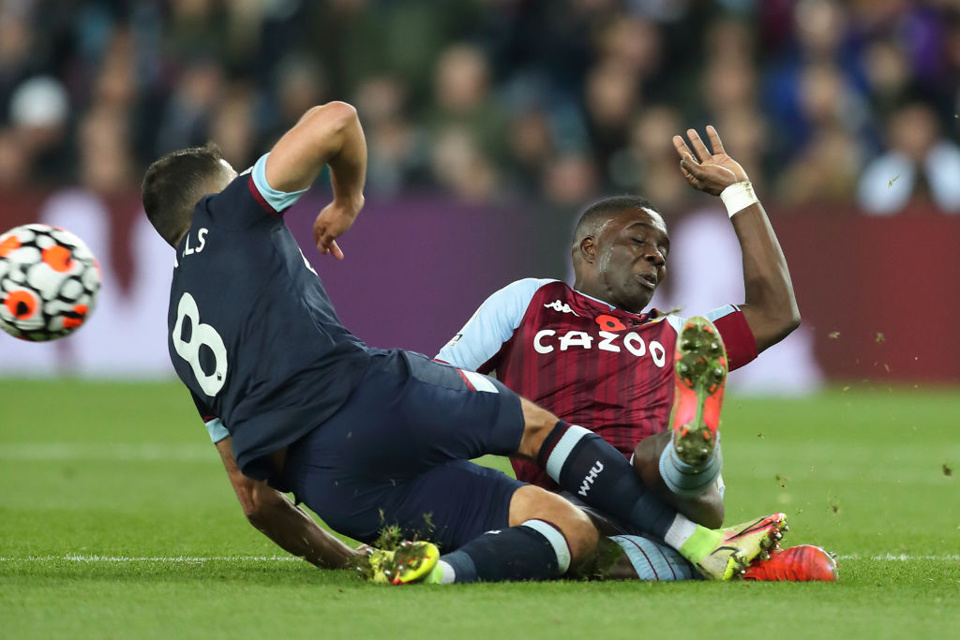 Gameweek 14 is hot on the heels of the previous set of Premier League fixtures with only two days between the Thursday games and Saturday's five matches. This weekend it's the turn of our very own @LAHamalam to pick out three bookings tips which he likes the look of.

At the time of writing all three selections pay best as a trixie with Bet365 at 107/1, although there is still profit to be made if any of the three land should you be placing them as singles.

This is a selection who is no stranger to our booking tips. Newcastle are the only side in England's top four divisions without a win and manager Eddie Howe faces an incredibly difficult task to turn things around in the North East.

Callum Wilson is vital to the type of football Howe wants to instill on Tyneside - a style that harries and hassles opponents while transitioning quickly and forcefully through dynamic attacking play.

Wilson is the man leading the Magpies' pressing from the front, and it shows in his numbers. He's committed the most fouls of any Newcastle player this season with 19, and has received for four yellow cards in 10 appearances for his troubles.

On Saturday, Burnley's visit has all the makings of a big relegation six-pointer. Wilson is high in energy and endeavour which I expect will see him booked in this one. Like in my preview for the game, I'm backing him to be carded which pays best at 5/1 with Paddy Power.

Kyle Walker-Peters to be booked - 7/2 @ BetVictor

Next up is Southampton's full back who has been deployed down the left-hand side this season due to Tino Livramento's loan from Chelsea. They face a tough test in another Saturday 3pm game as Brighton visit St. Mary's.

As highlighted in my preview for that one, the Seagulls' opposition have all seen at least one full back carded in the six games prior to their draw with West Ham on Wednesday. In these matches, the left back was entered into the referee's book twice, with the right back also individually cautioned on two occasions.

Brighton are a team who rely on attacking from wide areas and Southampton's narrow back four could be in for a tough test here. With KWP operating on a side much less comfortable than his preferred spot at right back, paired with him accruing 12 fouls and three yellows from eight starts this season, he could be a good bet for another by 4:45pm on Saturday. BetVictor have him best priced at 7/2.

Rounding out our trio is a pick from one of Sunday's helping of games, specifically the Aston Villa vs Leicester televised game at 4:30pm. Zimbabwean Marvelous Nakamba has been offered a new lease of life under Steven Gerrard's tenure and he's grabbed the opportunity with both hands.

In all three of SG's games, Nakamba has started and impressed as the sitter in a midfield three. He's been the perfect defensive-minded player - alert, strong in the tackle and selfless in possession. Against Man City, Villa were understandably a lot more reserved in their approach and Marvelous was clearly told to keep his foot out of any loose balls in a bid to giving away any cheap fouls to such superior opposition.

But before Wednesday's defeat, the 27-year-old had been carded in both of Stevie G's games in charge of the Claret and Blues. He'd committed four fouls during this time too - two vs Brighton and two vs Palace - playing the entire 90 minutes in these. In the two other times he'd played 90 minutes this season in a Villa shirt, the midfielder has given away at least two fouls in all four, with him committing four without punishment in the season's opener vs Watford. Leicester have been an unpredictable entity this season but whatever the outcome, expect them to cause problems all over the pitch for Villa.

Good luck to anyone following this week and please always gamble responsibly.

BLACK FRIDAY OFFER #AD New customers only. Deposit £20 using card or Trustly. Up to your first £20 of losses will be refunded as CASH within 24 hours of qualifying bet having been settled. T&Cs apply

#Ad. New customers only, bet up to £20 on the Exchange and if your first bet loses, we’ll refund you £20 in Cash. Bet must be placed in first 7 days of account opening. T&Cs apply. Payment restrictions apply. 18+ begambleaware.org
Bet Calculator

Everton vs Arsenal Odds as BettingOdds.com provide their Betting Tips for the Premier League match on Monday 6…

Next Ipswich Manager Odds as BettingOdds.com give an update on the next Ipswich manager search as John McGreal…

Next Ipswich Manager Odds: Who is in the running to replace Paul Cook?

Aston Villa vs Leicester Odds as BettingOdds.com provide their Betting Tips for the Premier League match on Sunday…

Football Accumulator Tips for Sunday 5 December as BettingOdds.com put together a Sunday Football Acca with William…

BTTS Tips as BettingOdds.com put together a BTTS Tip Sheet for the games this Sunday at a boosted10/1 price with…

QPR vs Stoke Odds: Two tips including a 18/1 longshot

QPR vs Stoke Odds as BettingOdds.com provide their Betting Tips for the Championship match on Sunday 5 December…

West Ham vs Chelsea Odds as BettingOdds.com provide their Betting Tips for the Premier League match on Saturday…

Coventry vs West Brom Odds as BettingOdds.com provide their Betting Tips for the Championship match on Saturday…

Premier League Cheat Sheet as BettingOdds.com put together stats and Betting Insight ahead of Sunday's Premier…

#Ad. 18+ Playsafe. New customers only. Opt in, place your first bet on a football 4-fold or higher within 7 days of registration. League restrictions apply. We’ll refund in cash if your 1st bet loses. Valid from 09:00BST 17.09.21. Card payments only. T&Cs apply, 18+ begambleaware.org
get offer