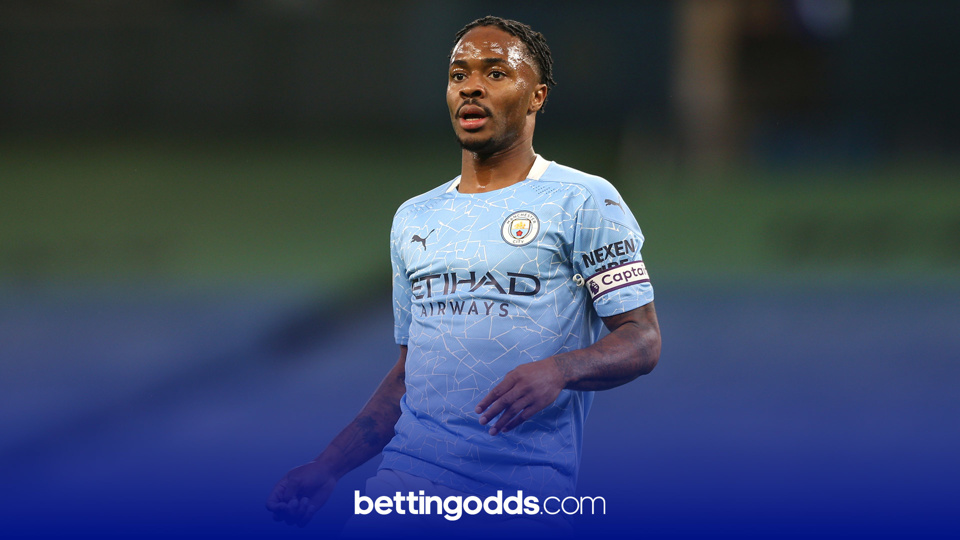 Continuing our series highlighting potential betting opportunities around Premier League players being carded @AnthonyEadson is back for gameweek eight with three he has on the radar for this Sunday.

The current Premier League card count stands at 214 yellow and ten red as we head into the final round of fixtures before November’s most untimely of International breaks. I’ve picked out three players I like the look of to be carded on Sunday as part of my football tips for BettingOdds.com this weekend.

Hector Bellerin to be carded - 7/1

PL Card Plays - Gameweek eight
Tielemans, Sterling & Bellerin all to be carded
224/1
No player has been booked more times in the Premier League than Tielemans with three in seven games Raheem Sterling was booked six times last season and should be fired up to face his former employers. Looks overpriced at 11/2 with Betfair going 23/10 Hector Bellerin has also been booked three times this season and will be marking Jack Grealish who has been fouled four more times than any other player in the league this season. Both the right-back and right-midfield positions were booked in Villa's last away game at Leicester.
Odds correct as of 2020-11-06 15:40 Odds subject to change.

The first in this trio of players I’m fancying to find their way into the referee’s notebook on Sunday is Leicester’s Youri Tielemans. The Belgian has started all seven Premier League games for the Foxes this season and has picked up a caution in three of those.

No player in the squad has given away more fouls for Leicester this season than Tielemans, with Brendan Rodgers' side ranking first in the league for yellow cards collected this season with 17. Compare that to their opposition for this game, Wolves, who only have collected four yellow cards this season and you can see that Leicester have a tendency to to pick up cautions.

Tielemans this season is one of eight players in the Premier League this season who have been booked three times. Nobody else has higher than that so far and in the absence of Wilfred Ndidi, Tielemans has at times had to get his hands dirty. The majority of Wolves’ build up play comes from out wide as they look to try get crosses into Raul Jimenez and I see Tielemans being dragged out of position potentially resulting in a booking.

Manchester City v Liverpool is the highlight of gameweek eight and could potentially be one of the highlights of the season. The player I’ve opted for to be carded in this game is Raheem Sterling who looks an attractive price at 11/2 with bet365.

One player who will be itching to leave his mark on the game on Sunday is Sterling. Playing against his former club the 25-year-old should be fired up for this game and along with his history with Joe Gomez, thinking he’s ‘the big man,’ I think we have a bet here.

Raheem was booked five times over the course of last season in the Premier League and with Betfair having this same selection at 23/10 and Betway going 3/1, it gives plenty of appeal to the 11/2 showing from bet365. 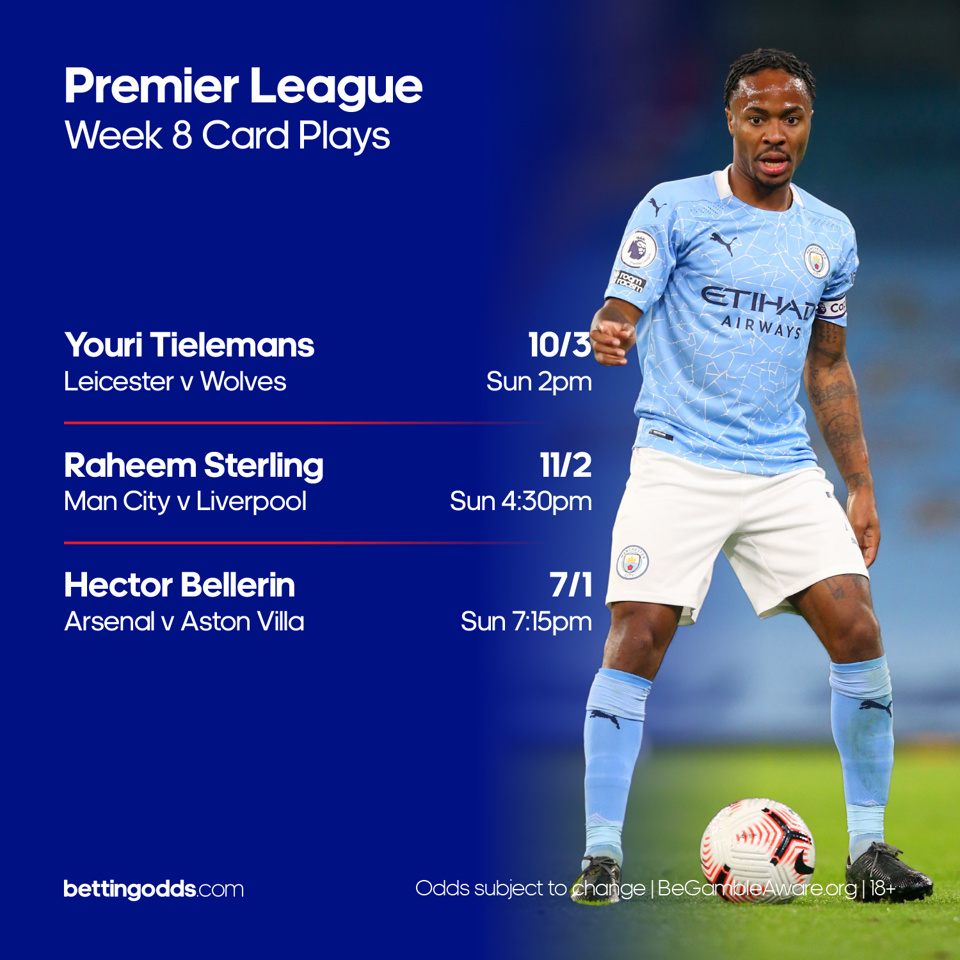 The third and final player making up my Premier League card plays for gameweek eight is Hector Bellerin of Arsenal. The Gunners take on Aston Villa at the Emirates in the 7:15pm kick-off on Sunday.

One of my main angles into this selection is that Hector Bellerin will be having to mark the fantastic Jack Grealish on Sunday evening. One of the trickiest players in the Premier League, ‘stop at all costs’ tactics are often needed to stop the man from the Midlands. In Aston Villa’s most recent away game both the right-back and right midfielder were both carded for the opposition in Leicester’s Timothy Castagne and Ayoze Perez.

Grealish has been fouled four more times than any other in the League this season and is simply too much for some defenders at times. No player has been booked more times in the league this season than Hector Bellerin who has three in seven games. Put both of these factors together and I think we’ve got a smart 7/1 shot which is 4/1 elsewhere.

As I mentioned at the start of this piece, I’ll be playing the trixie which is four bets made up of the three possible doubles and one treble. This means if two of the three selections land we will make at least six times out profit. Enjoy the last round of matches before the International break, please gamble responsibly.