Premier League Betting: Three to find the notebook in Gameweek 7 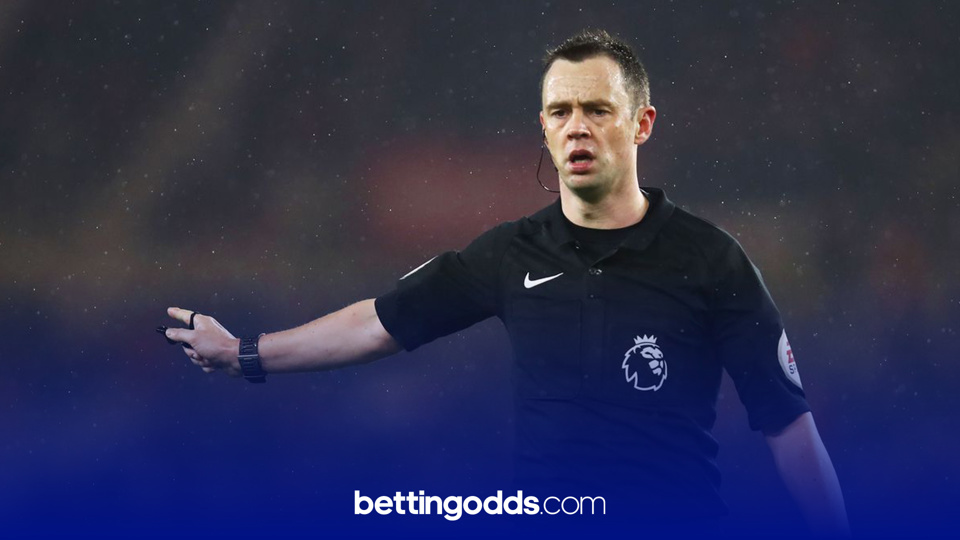 Referee Stuart Attwell currently has the highest yellow cards per game average of any official in the league with 18 yellows shown in just three games
By Anthony Eadson
17:10 Thursday 29th October 2020 - 4 minute read

Continuing are series highlighting potential betting opportunities around Premier League players being carded @AnthonyEadson is back with three he has on the radar for this Sunday.

This weekend's plays cover three of the four Premier League games with the first coming at 12pm so make sure to flick over from Sunday Brunch in time for a nice Sunday hunch. I’ve also got a full preview for Manchester United v Arsenal as part of my football tips for BettingOdds.com this weekend.

Putting the three ‘to be carded’ selections together currently pays best with Bet365 with the  treble weighing in at 155/1. I’ll be playing the trixie here, which is four bets made up of three possible doubles and a treble, meaning if two of the three selections land we will be guaranteed profit and will make at least five times our stake.

Premier League Card Plays Gameeweek 7
Kyle Walker-Peters, Ben Godfrey and Tariq Lamptey all to be carded
155/1
Kyle Walker-Peters has been booked three times this season and will be marking Grealish who has drawn 18 fouls in the league this season, second highest to Sadio Mane Ben Godfrey should continue at right back and will be up against Allan Saint-Maximin. Stuart Attwell is the referee and has given out 18 yellows in 3 games this season. The best average in the league. No player in the Premier League has been booked more times this season than Tariq Lamptey who has three along with six others.
Odds correct as of 2020-10-29 16:50 Odds subject to change.

The first of three defenders I’m fancying to find their way into a referees notebook on Sunday is Southampton’s Kyle Walker-Peters. As I mentioned above, this game kicks off at midday with the Saints travelling to Villa with the opportunity to leapfrog their opponents if they take all three points.

One of my main angles here is that Kyle Walker-Peters will be up against the talent of Jack Grealish on Sunday. Only one player in Sadio Mane has drawn more fouls this season than Jack Grealish with 18. In Aston Villa’s last Premier League away fixture at Leicester, both right back Timothy Castagne, and right midfielder Ayoze Perez were booked for fouls on Grealish.

Kyle Walker-Peters has started every league game so far this season for Southampton and he’s picked up more than anyone else at the club. That’s also the joint highest amount of bookings in the league so far this season with three. At 11/2, this looks a really good price with bet365 and one I’ll be getting involved with on Sunday.

The next game I’ve focused on is Everton’s trip up to Newcastle which kicks off at 2pm. With Seamus Coleman out injured I’m expecting Ben Godfrey to continue at right back as he did in the 2-0 defeat to Southampton last week. The 22-year-old is 5/1 to receive a card on Sunday which looks very appealing with Stuart Attwell in charge.

Attwell has given out a whopping 18 yellow cards over just three fixtures that he has officiated in the Premier League this season. That average of six yellows a game is currently higher than any other official in the league this campaign and gives plenty of hope that we will see many yellows on Sunday.

With Godfrey playing right-back he should be up against Newcastle’s Allan Saint-Maximin. Again, only Sadio Mane has drawn more fouls this season in the league than the Newcastle speedster with 18 to his name. A ‘stop at all costs’ attitude has been adopted by opponents at times to try and deal with his trickery and pace, and at 5/1 with Attwell in the middle, this looks a reasonable proposition. 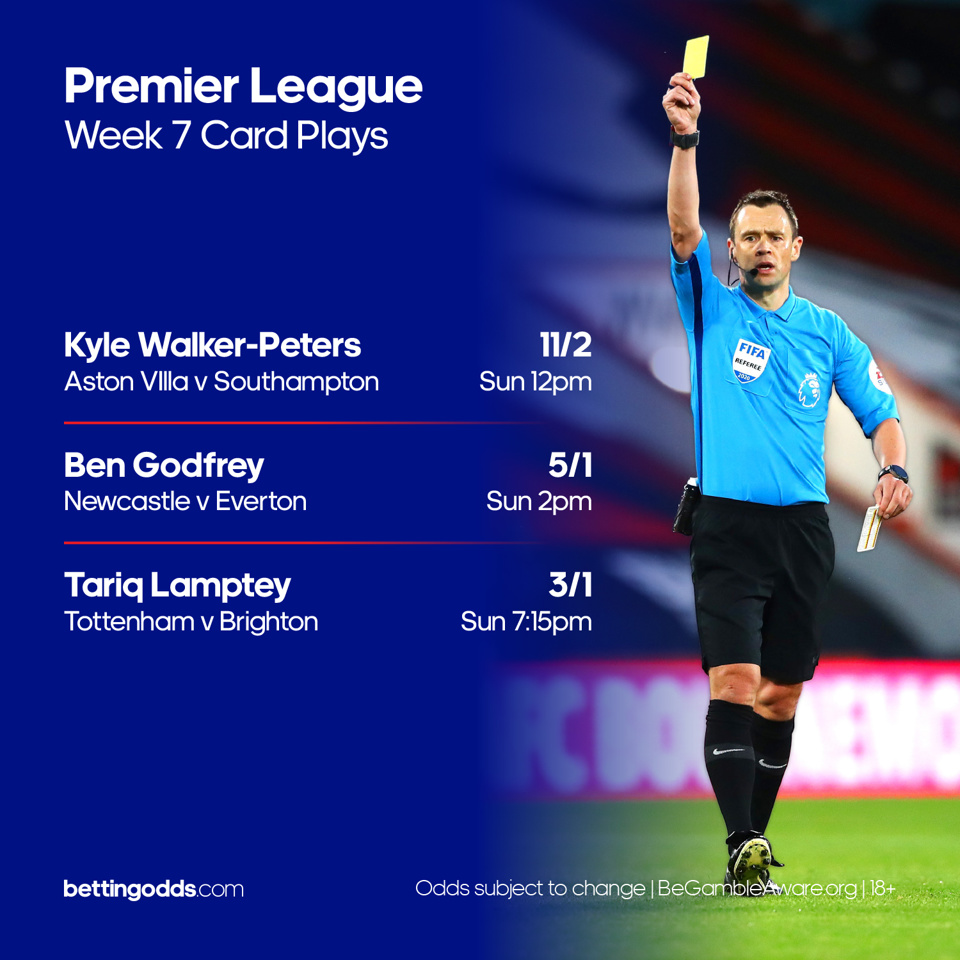 The third and final player I’m backing to be carded on Sunday is Brighton’s Tariq Lamptey which is available at 3/1 with bet365 or slightly bigger at 7/2 with William Hill if you are playing the three selections as singles.

Brighton make the trip to the capital on Sunday to take on a Spurs side who have scored 20 goals across their last five matches. 20-year-old Tariq Lamptey has been playing as a right-wing back for Brighton this season and has a heavy workload with contributing so much for both attack and defence.

Lamptey has already been booked three times in just six league games this campaign. He’s not frightened to put in a strong tackle and will be marking Korean Son Heung-Min on Sunday. Lamptey also has drawn 16 fouls this season and I think it should be a good battle between him and the Spurs forward who has also been known to lose his head at times.

Let’s hope Tariq can see yellow for the fourth time this season and bring home some profit to finish off the weekend. Best of luck to all those following. Please always gamble responsibly.