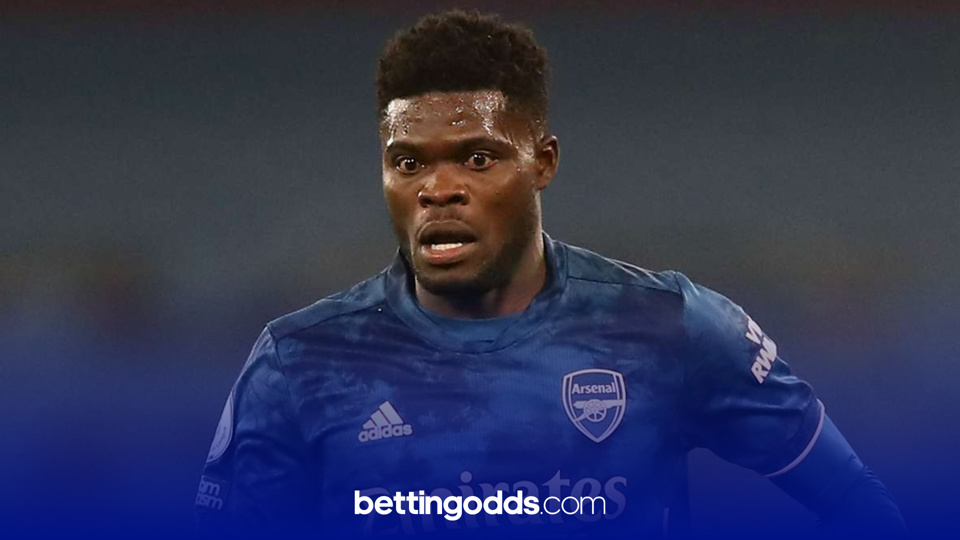 Thomas Partey has been booked twice in his first 62 minutes for Arsenal and features in our Premier League card plays for gameweek 6
By Anthony Eadson
16:52 Friday 23rd October 2020 - 4 minute read

Heading into gameweek six of the Premier League season and the card count currently stands at 157 yellow and seven reds that have been brandished by referees this campaign. I’ve focused my attention across Sunday’s three games and picked out a player from each who I like the look of to find their way into the notebook this weekend.

Combining the three players together pays around 68/1 as a treble which is available with either Paddy Power, Betfair or BetVictor. Team news is always a concern when it comes to placing player bets before we know who is starting so I’d advise small stakes or to potentially play the trixie, meaning if two of the three selections land, you will still make profit on these football tips.

Premier League Card Plays - Week 6
Andre Gomes, Max Kilman and Thomas Partey all to be carded
68/1
Andre gomes was booked six times in 19 appearences last season Max Kilman should play on the left of a back three and could have to look after the lightening quick Allan Saint-Maximin Thomas Partey has been booked twice in his first 62 minutes for Arsenal and picked up 13 yellow cards in La Liga last season
Odds correct as of 2020-10-23 16:15 Odds subject to change.

The first in this trident of selections making up my Sunday hunch is Andre Gomes to be carded. Carlo Ancelotti’s Everton side make the trip to the south coast to face Southampton with the game kicking off at 2:30pm. Andre Gomes is expected to start in midfield and after Brazilian teammate Allan, no player has registered more fouls for the Toffees this season.

In the 2019/20 season Gomes appeared in just 19 league games, however he was booked on six of those occasions. That’s an impressive strike rate and he’s a player who is not frightened of breaking up play with a cynical tackle.

The referee for this game will be Kevin Friend who has distributed 11 yellow and 1 red over his three most recent games that he’s officiated in. I think we could be in for an exciting game at St Mary’s on Sunday and with Gomes already booked this season I fancy him to pick up another against two tricky midfielders in James Ward-Prowse and Oriol Romeu.

The second game on Sunday comes from the Midlands where Wolves entertain Newcastle. Just two points separate the sides in the league and here I’m fancying defender Max Kilman to pick up a card at the generous looking price of 5/1.

The 23-year-old was rewarded with a new contract this week after a man of the match display against Leeds on Monday evening. Kilman has in fact started the last two league games for Wolves and has been playing on the left of a defensive three.

Kilman was booked in two of his four appearances in the Europa League last season. This weekend he could potentially have to deal with Allan Saint-Maximin, if the Newcastle forward can get past Romain Saiss at left-wing-back. I think the chances of Kilman being booked are substantially higher with the pace and presence of Saint-Maximin on the pitch and he will have to be on guard to stop the counter. At 5/1 he looks a very reasonable price to be carded if he starts the game.

Sunday evening’s pay per view game is Arsenal v Leicester at the Emirates which kicks off at 7:15pm where Arsenal’s Thomas Parety rounds off this trio of selections to be carded. Betfair and Paddy Power are currently 11/4 on this selection which I do think could shorten with bet365 going as short as 11/8.

Much of the reason for this rather short price in the bookings market is due to Parety’s staggering disciplinary record. The Ghana International was booked on no less than 13 occasions in La Liga season, that’s more than anyone in the Premier League picked up last season.

There’s no sign of those cards drying up by the looks of things as the 27-year-old has been booked twice in his first 62 minutes of football for the Gunners. He’s been awarded a yellow card in five of his last seven matches in all competitions and with players like James Maddison and Harvey Barnes in the middle for Leicester I think we could well see another 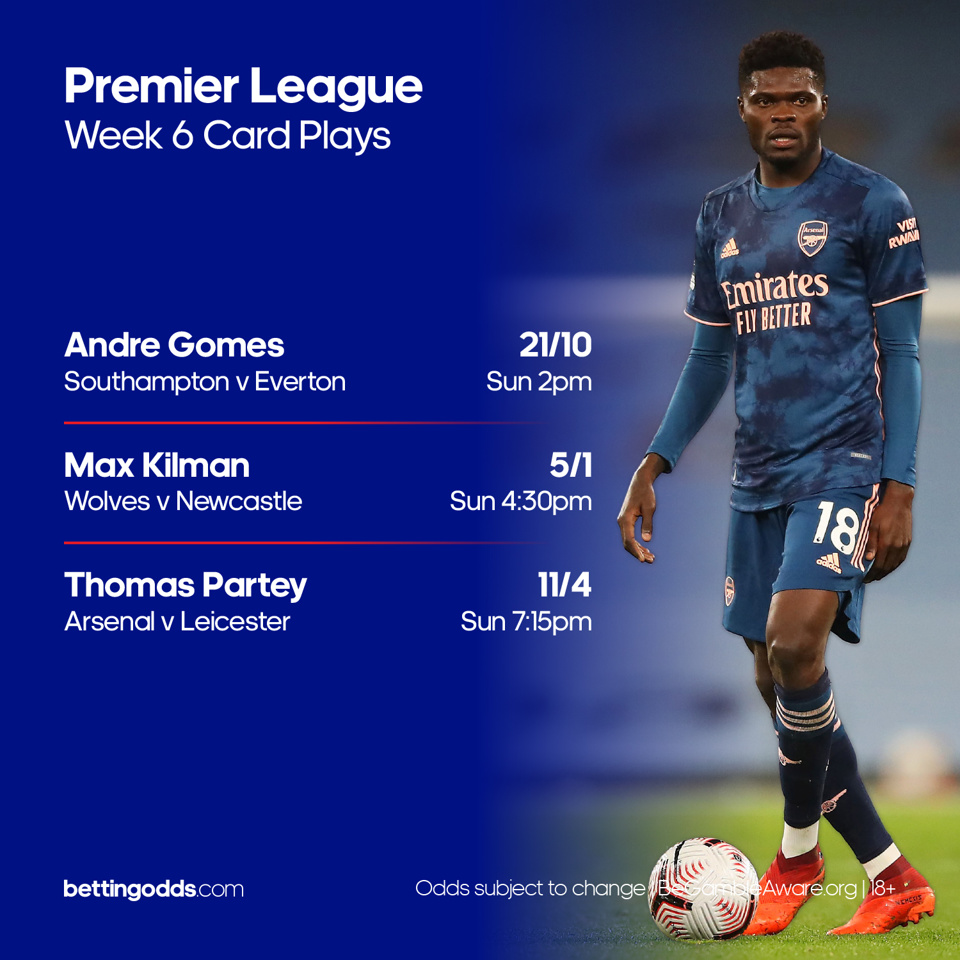