Premier League Betting: Four players to be carded in gameweek 4 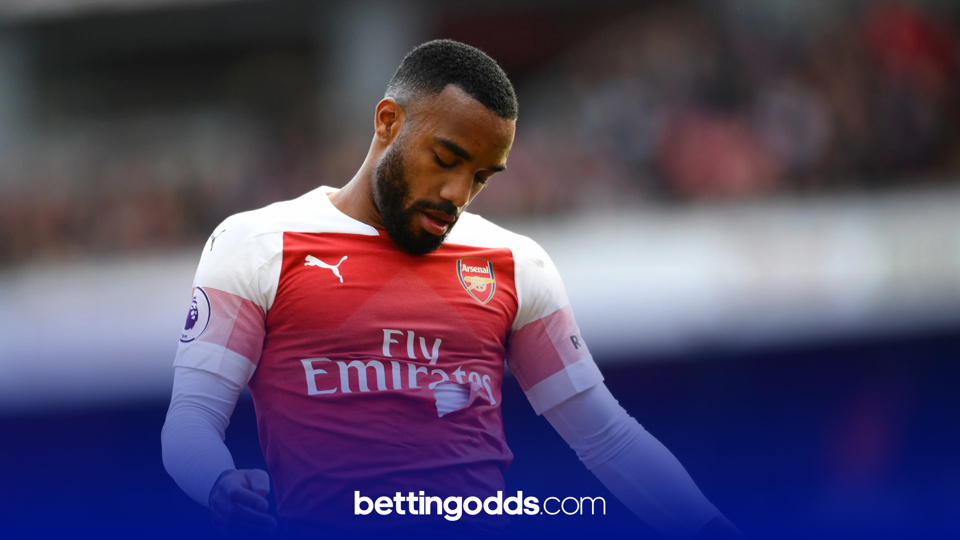 It’s the final round of Premier League fixtures before the first international break of the season and we’ve lined up the best card betting opportunities for gameweek four. There have already been 88 bookings and four red cards brandished this season in just 28 matches!

There’s some intriguing battles on the field this weekend and with team formation and line-ups becoming a little easier to predict as we move into the new term, our Premier League columnist @Anthony Eadson talks us through his selections as we roll into autumn.

Thomas Soucek to be carded @ 9/2 Unibet

Alexandre Lacazette to be carded @ 11/2 BetVictor

Matt Doherty to be carded @ 5/1 Betfair

Jack Grealish to be carded @ 4/1 Unibet

There can be quite a variance in price when it comes to different bookmakers offering odds on players to be carded. I’d always recommend using the bookmaker with the biggest price and in this instance if you place all four as singles and one lands, you will still make profit. I’ll be putting these four selections into a Yankee with BetVictor meaning if two or three selections come in, we will make profit, but if all four land, it would be the jackpot of just under £1400 returned from an £11 stake.

The first in this quadrant of players I fancy to pick up a card this weekend is Thomas Soucek of West Ham. The Hammers travel to Leicester on Sunday lunchtime after a 4-0 home win over Wolves in gameweek three.

The 25-year-old has actually committed more fouls in the Premier League so far this season than any other player, with eleven to his name. The Czech midfielder is yet to pick up a booking this season and with numbers such as those on the foul count I feel that it is only a matter of time.

Sunday looks the perfect occasion for that to happen with Soucek potentially going up against James Maddison of Leicester City, who should make his first start of the season. Maddison has been fouled more times this season than any other Leicester player despite only making three short appearances as a substitute. He was fouled twice in 22 minutes against Manchester City last week and him starting gives extra weight to the 9/2 that is available on Thomas Soucek to be carded.

Kicking off at 14:30 on Sunday is Arsenal v Sheffield United, where I’m fancying Alexandre Lacazette to pick up a card. This is available as a single at the price of 11/2 with BetVictor which looks fair in my eyes.

You may be surprised to hear that only Granit Xhaka picked up more bookings for Arsenal last season than Alexandre Lacazete who was given eight in total. He has a petulant nature about him at times and is prone to giving away silly fouls. Lacazette ranks 11th of all the players to feature in the Premier League in 2020/21 for fouls committed so far and I feel Sheffield United are just the sort of side who can wind him up and get the Frenchman his first booking of the season. 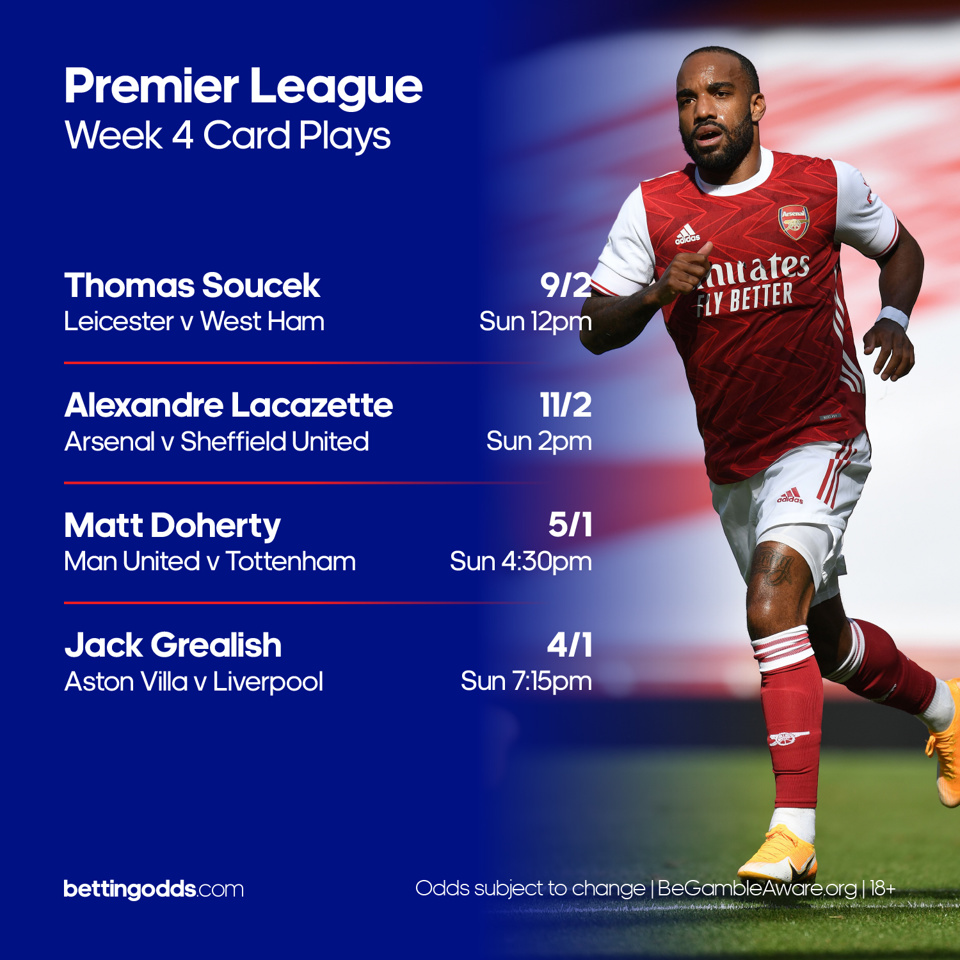 Manchester United v Spurs looks the pick of the games on Sunday, kicking off at 16:30 live on Sky Sports. Anthony Taylor will be in the man in the middle for the game, and I’m backing him to award Matt Doherty with a card of the red or yellow nature. Dean is a man who ranks fourth of the 20 Premier League referees to officiate last season when it comes to average yellow cards given per game.

Taylor on average gave 3.81 yellow cards per game in 19/20, compare that to someone like Andre Marriner who only brandished 2.42 per game and you can see why he is notorious when it comes to giving out a high volume of cards.

It’s Matt Doherty who I fancy to pick one up against United, who focus the majority of their attacks down the left side of the field with Luke Shaw and Marcus Rashford. Doherty has already been cautioned once this season and ranks in the top 20 players for fouls committed so far this season. At 5/1 as a single this looks a shade too big a price with Anthony Taylor in charge.

Rounding off the selections on Sunday is Aston Villa’s Jack Grealish to be carded. No player in the entire Aston Villa squad picked up more yellows in the Premier League than the 25-year-old in 2019/20.

Grealish was instrumental in saving his team from relegation but I feel he will not get much time on the ball against the champions Liverpool on Monday night. The speed of Liverpool’s attack and with their full-backs getting forward so much, Grealish will have to do more extra defensive work than normal. He’s given away the most fouls of anyone at Villa so far this season, but is yet to pick up a booking.

As I mentioned earlier I’ll be placing a yankee on these four selections which is 11 bets. This combines six doubles, four trebles and a four-fold, meaning if two, three or four of these selections land, we will profit.

Good luck to those following the football tips and always remember to gamble responsibly.

PL Gameweek 4 - Card picks accumulator
Soucek, Lacazette, Doherty and Grealish all to be carded
679/1
Soucek has committed the most fouls in the PL this season and could be in a for a battle with James Maddison who has drawn the most fouls for Leicester this season despite only appearing as a substitue Lacazette was booked eight times in the PL last season with only Granit Xhaka receiving more for Arsenal Anthony Taylor takes control of Man United v Spurs and Matt Doherty looks overpriced to pick up a booking from such a card-happy referee No player was booked more times for Aston Villa in the PL last season than Jack Grealish who will be up against the champions on Sunday
Odds correct as of 2020-10-02 16:30 Odds subject to change.
Free Betting Offers