Premier League Betting: 150/1 to be carded treble for Gameweek 14 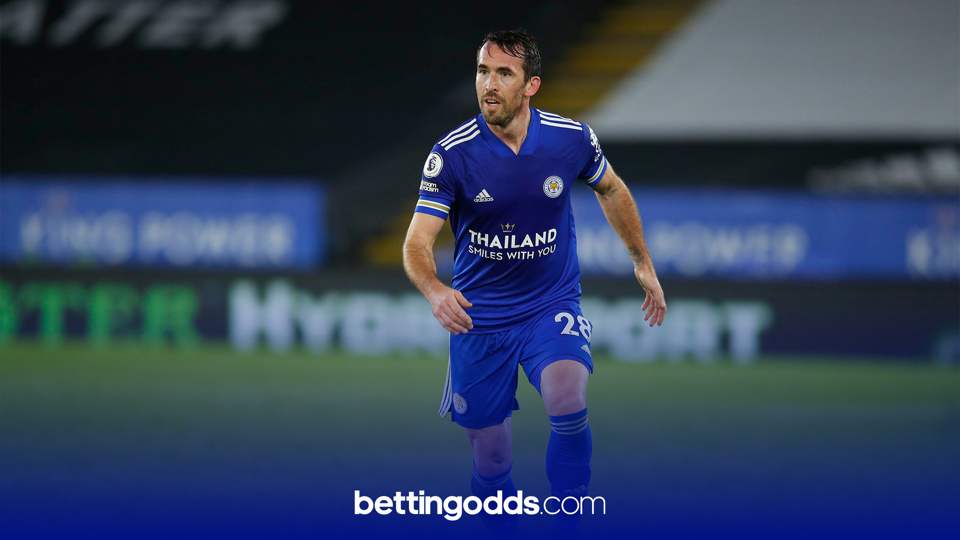 Christian Fuchs has been booked in his last three games and features in our card plays for Gameweek 14
By Anthony Eadson
15:19 Friday 18th December 2020 - 3 minute read

After hitting two winners from three selections last weekend with both Matt Targett (9/2) and Moussa Sissoko (4/1) being booked, @AnthonyEadson is back with three more card plays for Gameweek 14 in the Premier League.

It’s been profit on four of the last five weekend’s for those playing the singles, although this week's three selections currently pay best with BetVictor at 150/1 as a treble.There’s a full range of football tips today on BettingOdds.com from shots on target, to three-figure longshots which can be found on site.

Curtis Jones to be carded - 15/2 Betfair

Rodri to be carded - 4/1 BetVictor

Christian Fuchs to be carded - 10/3 BetVictor

Premier League Card Plays - Gameweek 14
Curtis Jones, Rodri and Christian Fuchs all to be carded
150/1
Jones looks overpriced at 15/2 having been booked in both the Champions League and Premier League this season. Palace have the third & fourth most fouled players in the league with Zaha & Eze Rodri was booked eight times in the league last season for City. More than any other player in their squad, with the Spaniard picking up three this season. Mike Dean takes charge of this one. Christian Fuchs has been booked in all three of his most recent matches. The defender will serve a suspension and will subsequently get Boxing Day off work if he is cautioned here.
Odds correct as of 2020-12-18 14:25 Odds subject to change.

Curtis Jones is a player who has impressed over recent weeks after getting a run of three starts in the Liverpool side. With his high standard of performance, the 19-year-old is making it hard for Jurgen Klopp to leave him out of the starting XI despite Naby Keita and Alex Oxlade Chamberlain both nearing full fitness after injury.

Booked last Sunday at Fulham at an eyebrow raising 10/1 with both Betfair and Paddy Power, I still think Jones is a little overpriced here at 15/2. The youngster has been booked in Europe and in the league this term. With Crystal Palace having two of the trickiest customers in the business, Eberechi Eze and Wilfried Zaha, I think we should see plenty of fouls in the game at Selhurst Park. Zaha and Eze are the third and fourth most fouled players in the Premier League this season with a combined 63 fouls drawn between them. If Jones does start the game against Palace I feel he could be a value play, at an attractive looking 15/2.

Mike Dean took centre stage in the Midlands last Saturday giving out a remarkable nine yellows and two red cards in the game between Wolves and Aston Villa. The notorious official takes charge of Southampton against Manchester City at 3pm on Saturday. Dean ranked second last season for yellows per game shown with an average of 4.17, and he’s not far off that rate once again this term with 3.67, behind only Stuart Attwell and Paul Tierney. 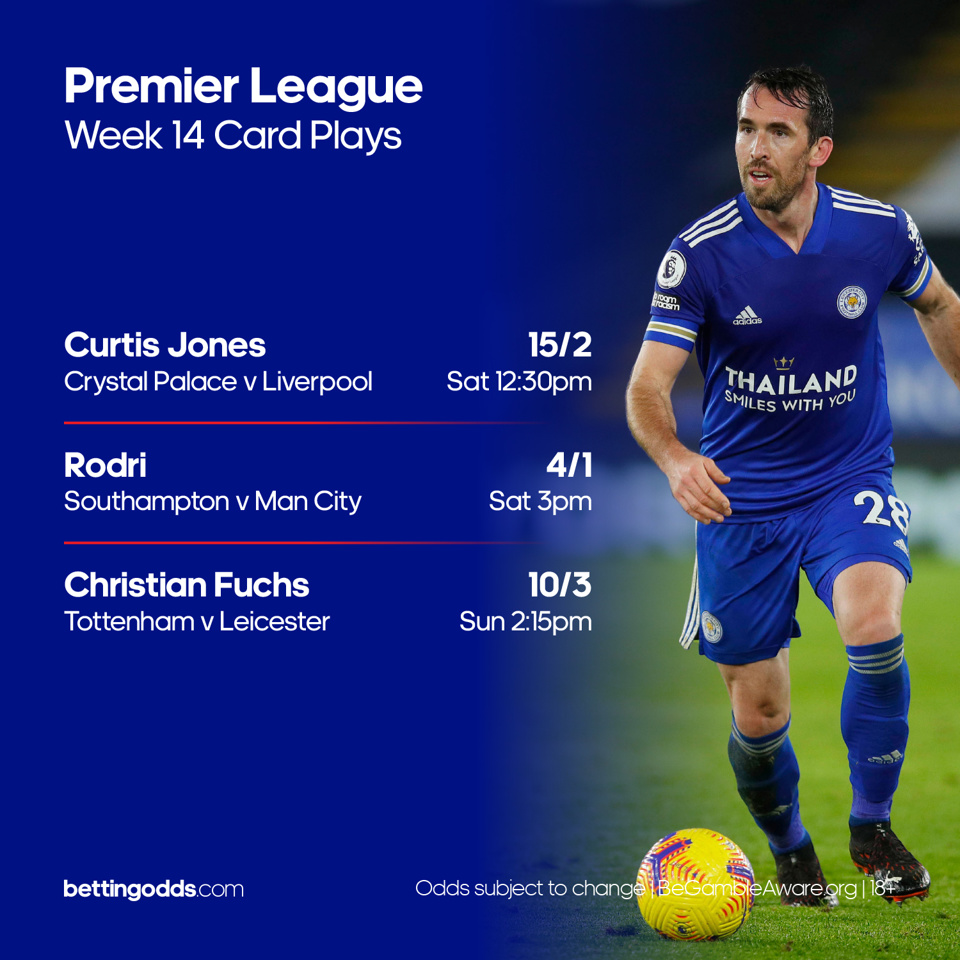 The player on my radar in this clash on the south coast is Manchester City’s Spanish midfielder Rodri. One of the most important assets to Pep Guardiola, the 24-year-old was booked more times than any other City player last season with eight in the league. With three in all competitions already this campaign, Rodri looks a reasonable play to pick up a card with Mike Dean in charge.

Tottenham take on Leicester in the capital on Sunday and the final player I’m fancying to pick up a card in Gameweek 14 is Leicester City’s Christian Fuchs. The 34-year-old has been booked on four of his eight starts this season, including this last three games. A booking against Spurs would also mean a suspension for the Austrian which would mean he would be able to spend Boxing day with the family. Craig Pawson is the referee for the game and he averaged 3.74 yellows per game last season, ranking sixth of the 20 officials to take charge in the Premier League.

That’s 150/1 for the treble this weekend, and will be profit once again if any of the three selections land. Enjoy the start of the festive fixtures and please always gamble responsibly.