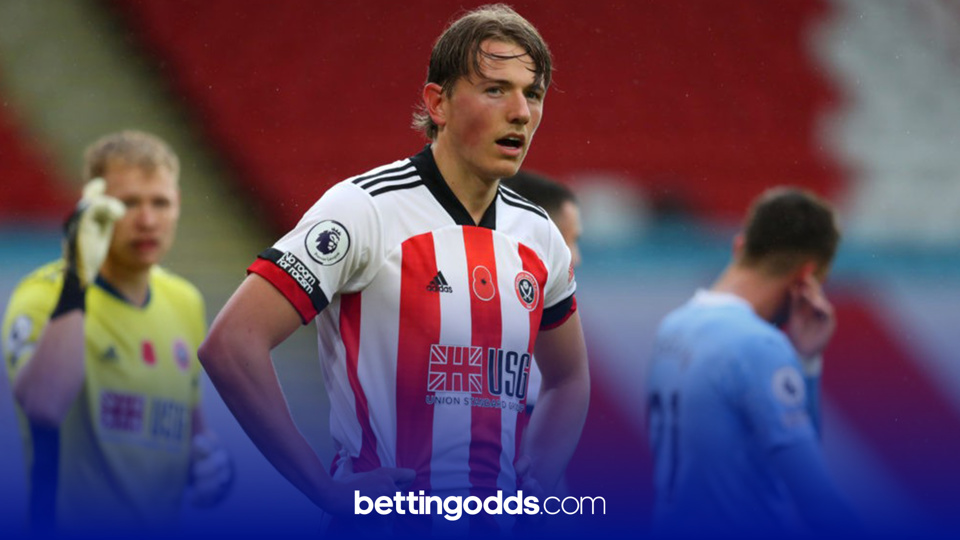 Sheffield United's Sander Berge has been booked four times in the league this season and features in our Premier League card plays
By Anthony Eadson
14:24 Friday 4th December 2020 - 4 minute read

The current Premier League card count stands at 308 with 296 yellow and 12 reds as we head into Gameweek 11. We’re continuing in our series highlighting potential betting opportunities around Premier League players being carded and @AnthonyEadson is back with three football tips for this weekend’s action.

The three players I’ve picked out this weekend all feature in games which come on Sunday, with the first being in the 12pm kick-off between West Brom and Crystal Palace, which is live on Sky Sports main event. As a treble, the selections pay best with bet365 who are offering 259/1.

Conor Gallagher to be carded: 3/1

Andrew Robertson to be carded: 9/1

Premier League Card Plays - Gameweek 11
Conor Gallagher, Sander Berge & Andy Robertson all to be carded
259/1
Gallagher has been booked twice in six appearances  No player has been booked more in the league than Sander Berge with four. Stuart Attwell takes charge who has the highest yellow cards per game average this season Andy Robertson could potentially be up against Adama Traore and was booked against Wolves last season
Odds correct as of 2020-12-04 14:15 Odds subject to change.

The Hawthorns is the destination for the first in this trio to find their way into the referee’s notebook on Sunday. Conor Gallagher is the player I’m fancying to pick up a card and after his winning goal against Sheffield United, he should keep his place in the team.

Gallagher has been booked twice in six appearances for the Baggies in the Premier League so far this season. Part of his role on Sunday could be to move out to cover Eberechi Eze’s runs down the left for Palace which could add to his tally of 13 fouls already this term.

Paul Tierney is the referee in charge of this game and Mr Tierney ranks second for yellow cards per game this season of the 19 Premier League officials. That’s an average of 4.0 per game from six matches so far this season and I think we could see a few in this game on Sunday.

Sander Berge is the next candidate I’m fancying to pick up a card this weekend. The Norwegian midfielder is certainly one who is not frightened of putting in a tough tackle, and with four yellow cards in the league this season he’s leading the way in the Premier League with no player having received more.

The key angle here is that Stuart Attwell will be the man in the middle for this game. Attwell currently ranks first for yellows per game for Premier League referees this season with an impressive 5.4 average pg. That’s 27 yellows in total from five matches and with Berge already picking up four yellows this season he looks an attractive proposition at 11/2 with bet365.

The third and final selection for this weekend’s card plays comes from Anfield where I’m leaning towards left-back Andrew Robertson. At first glance you may be thinking hang on, Robertson, he’s not been booked yet this season. However, being potentially up against Adama Traore I think his first could come on Sunday. Over 30 players were booked for fouls on Adama last season and this is always a popular selection in backing the left-back against him in the Premier League.

There’s no guarantee that Traore will start but at 9/1 with bet365, Robertson is worth some consideration. The Scot was booked in three of the four Nations League games he played in for his country during the autumn and interestingly, one of his two yellows in the league last season, came against Wolves.

Craig Pawson is the referee in charge of this one and he currently ranks sixth of nineteen this season for yellows per game with an average of 3.5pg. With Robertson also carrying a slight knock I feel this could add to our case for him making a mistimed challenge and finding his way into the book.

Best of luck if you are playing any of the selections this weekend. Remember they all come on Sunday starting at 12pm. Please always gamble responsibly. 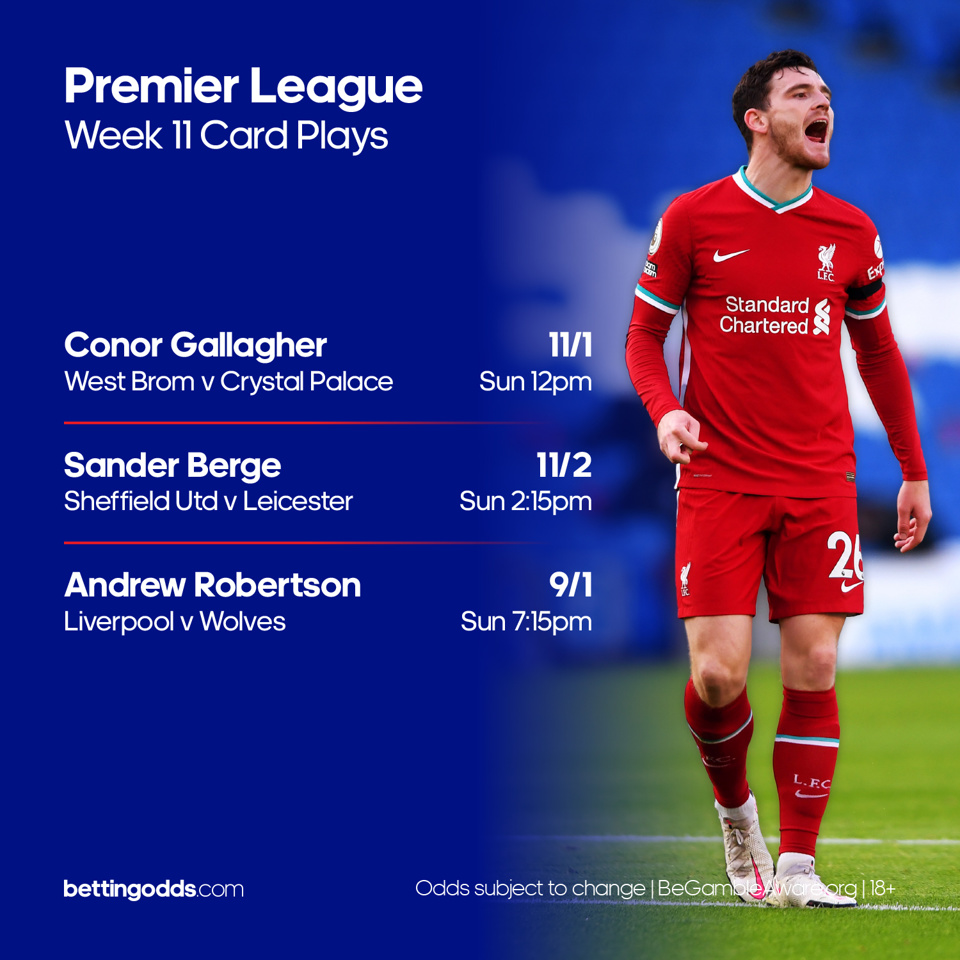