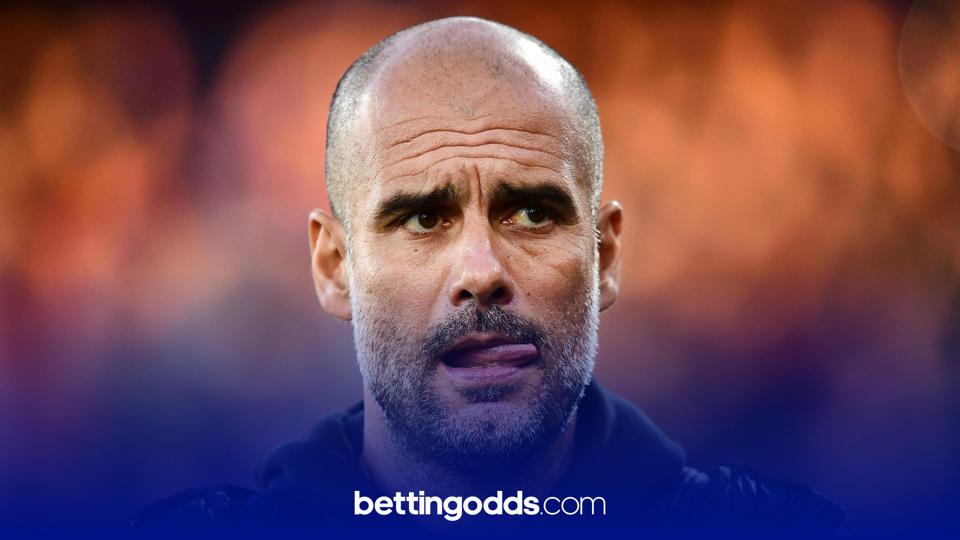 On Tuesday evening Manchester City were crowned Premier League champions for the third time in the last four years and off the back of their triumph Paddy Power have released their odds on next season’s title winner.

Pep Guardioa’s side found themselves in eight place in the league table at Christmas but a phenomenal run of form which included 19 games unbeaten, winning 17 of those between the end of November and the start of March. This was the first time in Premier League history that a team has been eight at Christmas and gone onto win the league.

Off the back of their success City have been made resounding favourites to follow up once again next year. Paddy Power make them 8/13 to lift the 2021/2022 Premier League title which implies a 62% and is shorter than the 5/6 that was available before a ball was kicked this season.

Chelsea have been superb since Thomas Tuchel took over from Frank Lampard and there’s still a possible two trophies on the table for the Blues this season starting with the FA Cup final this Saturday. Priced at 9/2 to win the Premier League next season, Chelsea are the second favourites in the betting and after they beat Pep Guardiola’s team twice in the last month, they could well be a popular pick for many punters. 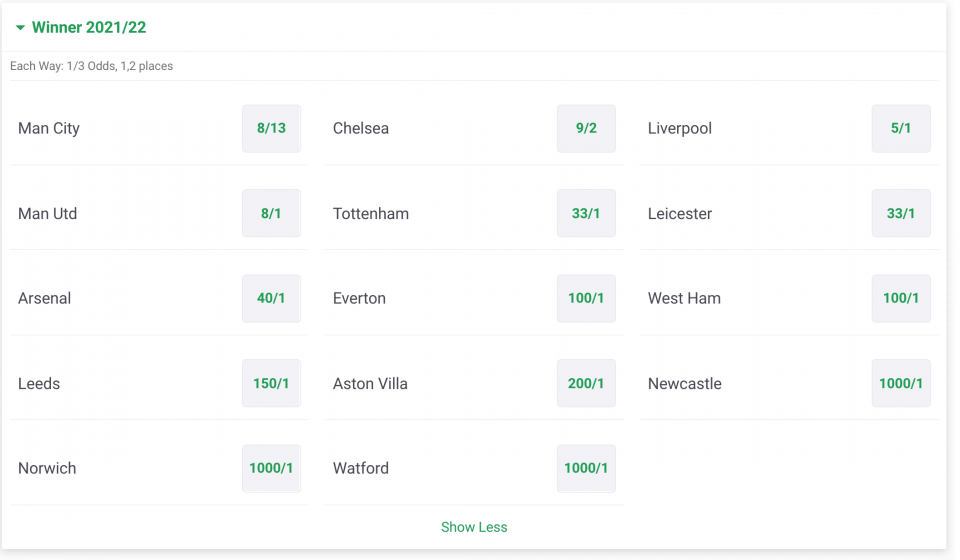 Liverpool come next at 5/1 in the market and they will be hoping for a drastic improvement after a turbulent campaign this time round. Injuries have crippled Jurgen Klopp’s squad over the course of this season and they will be grateful to welcome 2018-19 Player of the year back Virgil Van Dijk. The Dutch defender has missed the majority of the campaign and will also miss Euro 2021 for his national side.

Manchester United have made significant progress this season under Ole Gunnar Solskjaer and remain unbeaten away from Old Trafford in the league since January 2020. Priced at 8/1, United have an 11% chance of claiming their first league title since Sir Alex Ferguson.

Both Tottenham and Leicester are being offered at 33/1, with 1/3 odds available on each-way with two places. Arsenal can be backed at 40/1 while freshly promoted Norwich and Watford can are 1000/1.