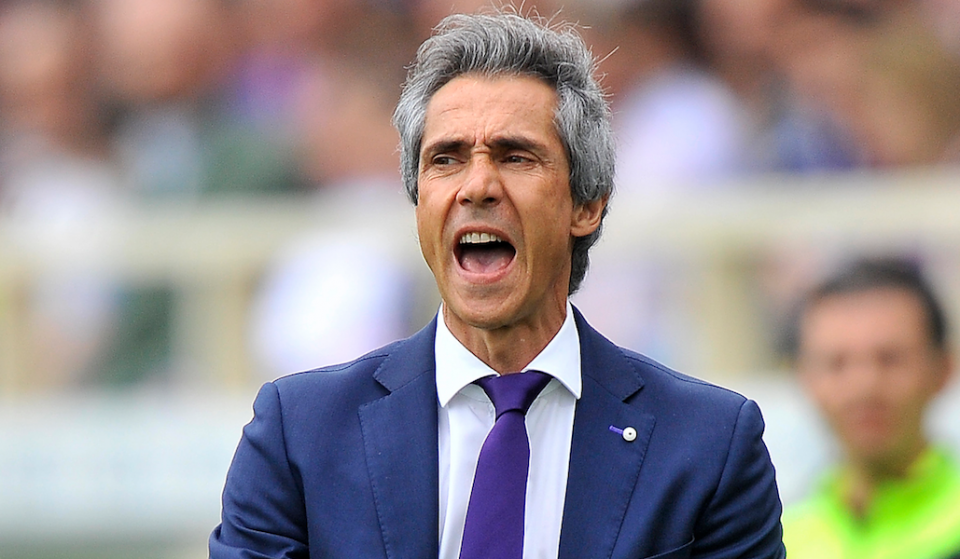 Paulo Sousa has been in charge of Poland since January
By Jack Kitson
10:16 Tuesday 7th September 2021 - 3 minute read

Paulo Sousa hasn’t enjoyed the smoothest of starts to his Poland tenure.

Appointed at the start of the year, Sousa had just a handful of games and less than six months to prepare for Euro 2020.

Once at the tournament Poland flopped, finishing bottom of the group with just one point to their name.

Back-to-back, albeit expected, World Cup qualifying wins over Albania and Poland have refocused Sousa’s men ahead of Wednesday’s crunch clash with Group I leaders England, who have taken maximum points from their five games so far.

Lose, and Poland will be eight points adrift of Gareth Southgate’s men. Win, and they’ll close the gap to just two points.

The well-traveled Portuguese coach has played under the likes of Sven-Goran Eriksson and Marcello Lippi, and had managerial spells in his homeland, Hungary, Israel, Switzerland, Italy, China, and France.

However, it’s his three Championship spells in England and Wales that took place at the start of his career which we are going to have a closer look at below…

After working in Portugal’s national team set-up, Sousa (38) ventured alone in management in November 2008 with QPR, where he signed a two-and-a-half-year deal and took over from caretaker Gareth Ainsworth.

"I have great belief in my ideas and my coaching ability and I firmly believe I can achieve the objectives set by the management,” he said upon his appointment.

At the time QPR were 10th in the Championship, which is where the club remained five months later when he was suddenly sacked after the club stated that “Mr Sousa had, without authority, divulged highly confidential and sensitive information”, which related to player Dexter Blackstock. A legal battle ensued.

The sacking meant that Flavio Briatore, the club's millionaire chairman and co-owner, was subsequently looking for his seventh manager since taking over the club 18 months prior.

For more of an insight into Sousa’s turbulent spell, check out QPR’s remarkable fly-on-the-wall documentary: ​​The Four Year Plan.

Two months after his controversial QPR exit Sousa was back in the dugout with Welsh side Swansea after he signed a three-year contract to succeed Roberto Martinez. In the process he became the club’s 12th manager in 14 years.

During his single season in charge Sousa led his technical and possession-based Swans to within a point of the Championship play-offs, missing out on the final day following a draw. While goals were at a premium, the 7th-placed finish did represent the club’s best standing in 27 years.

Sousa then left after that single season - more below on his next move - while Brendan Rodgers came in and took Swansea to the next level.

The reason Sousa departed the Swans was in order to take up the vacancy at Leicester City as the club’s first oversees manager, replacing Nigel Pearson.

“I am delighted to acquire a manager of such great calibre," beamed Leicester owner Milan Mandaric.

"Paulo has an excellent reputation as both a player, and now as a manager, and I believe that he is the right man to take our club forward.”

86 days later, after all of 12 games, Mandaric changed his mind and sacked Sousa following a poor start which left Leicester rock-bottom of the Championship, having previously reached the play-offs under Pearson. Sousa won just one of his nine Championship matches.