Premier League Betting: Penalties primed for this weekend's showdown at the Emirates 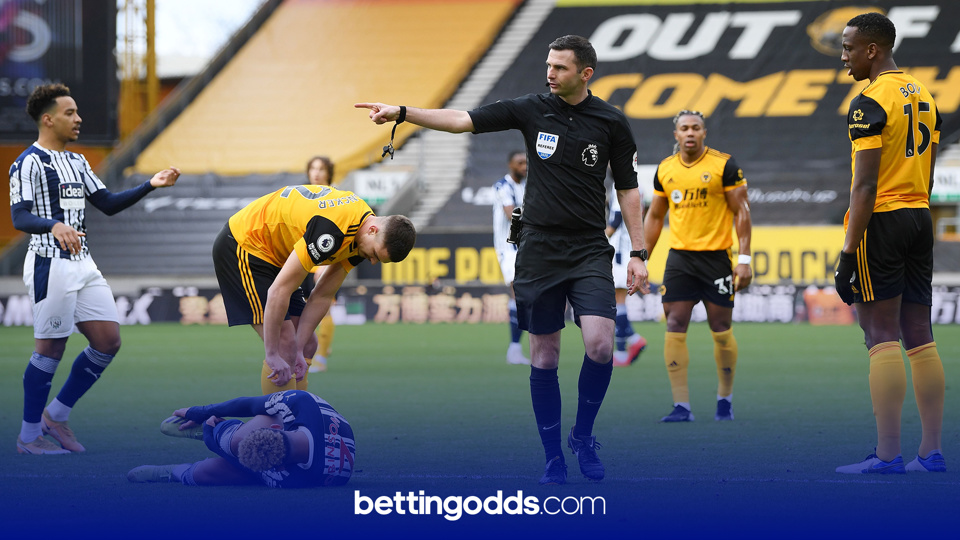 Arsenal take on Manchester United at the Emirates on Saturday in a 5:30pm kick off. Here at BettingOdds.com we’ve decided to take a look at a few potential betting angles for the game which involve a certain referee pointing to the spot. We’ve put together some useful stats and insight to hopefully allow you to make some better betting decisions this weekend.

Michael Oliver will be the referee on Saturday and the 35 year-old has awarded more penalties than any other referee so far this season in the Premier League. The official has awarded 12 in the 14 games that he has taken charge of which works out at 0.92 penalties per game since the start of campaign on September 12.

For a bit of perspective Darren England, Paul Tierney, Rob Jones, Peter Bankes, Simon Hooper, Lee Mason, Chris Kavanagh, Graham Scott and Martin Atkinson have awarded just 12 penalties between them in 79 games this season. Michael Oliver has awarded 12 in 65 games fewer! Another good omen is that Oliver also awarded Manchester United a penalty in the last game he officiated which involved The Red Devils against Aston Villa, for which Bruno Fernandes converted.

Over the last 18 months, Manchester United have been notorious when it comes to penalties being awarded. Ole Gunnar Solskjaer’s side have in fact been awarded a staggering 33 penalties in all competitions since the start of last season. Only Leicester City have scored more penalties in the league than United this season who have five to their tally.

Since joining Manchester United at the end of January 2020, Bruno Fernandes has been an absolute revelation. The creative midfielder is the penalty taker for the club and since making the switch from Sporting Lisbon he has taken 16 and converted 15 of those. A deadly record when you consider that just over one in four penalties are missed. 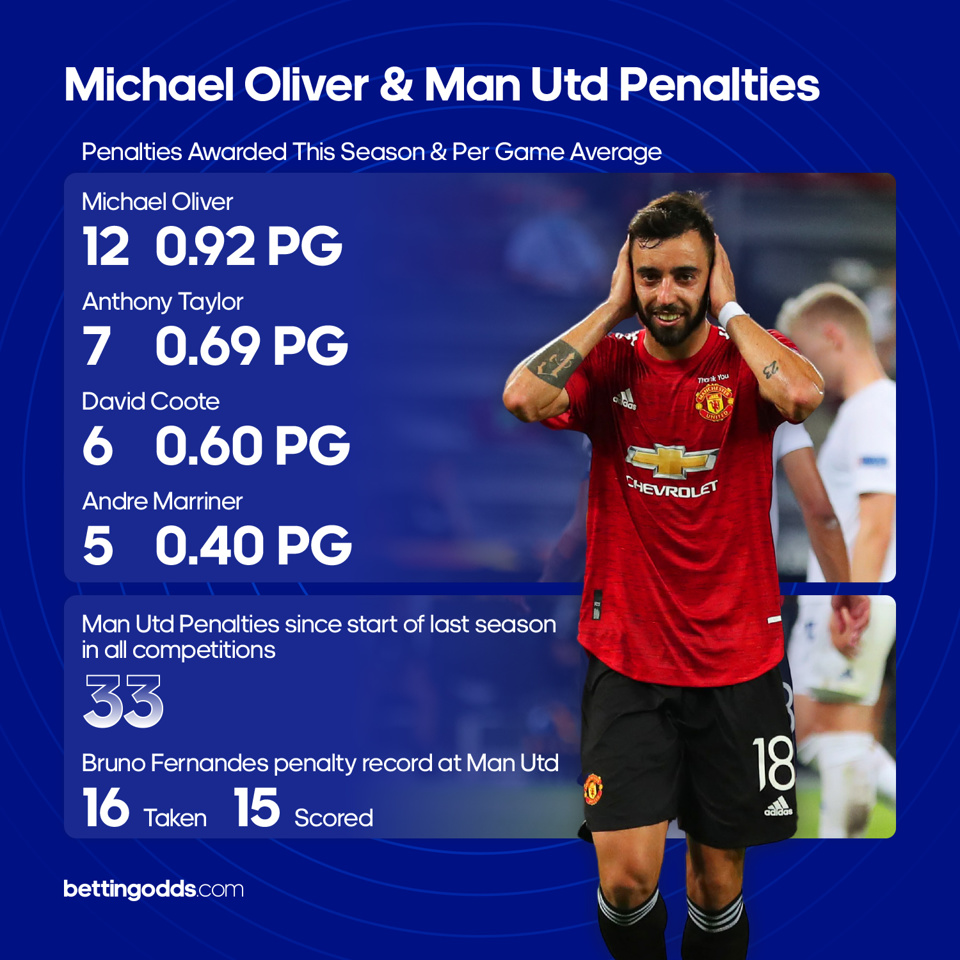 So will it happen and what are the odds?

Looking ahead to this weekend, Unibet are currently the best priced bookmaker for a penalty to be awarded between Arsenal and Manchester United, at 7/4. That’s a 36% implied probability and we think the true probability could be slightly higher when you consider a few things.

So we’ve already mentioned Michael Oliver’s record of 12 pens in 14 games this term, we’ve mentioned United’s 33 penalties over the last season and a half, with Bruno Fernandes’ impressive conversion rate. But what about Arsenal?

Well, the Gunners ranked third in the league in the 2019/2020 campaign for penalties conceded. Arteta’s side gave away eight penalties, with only Leicester and Watford giving away more. This season they have been more disciplined, only conceding one but have in-fact converted all three they have been awarded themselves.

One positive for Arsenal fans hoping for a penalty is that only George Baldock of Sheffield United has committed more fouls in the league this season than Harry Maguire this campaign. The 27-year-old central defender has six yellow cards in all competitions this season for Solskjaer’s side and has been prone to a rash challenge.

Barring their extraordinary blip against Sheffield United on Wednesday evening, Manchester United have been performing to a high standard over recent weeks. Away from Old Trafford United have won eight of their ten matches this campaign and having considered all the reasoning above, we’re fancying Manchester United to score a penalty. This is currently best priced at 9/2 with BetVictor.