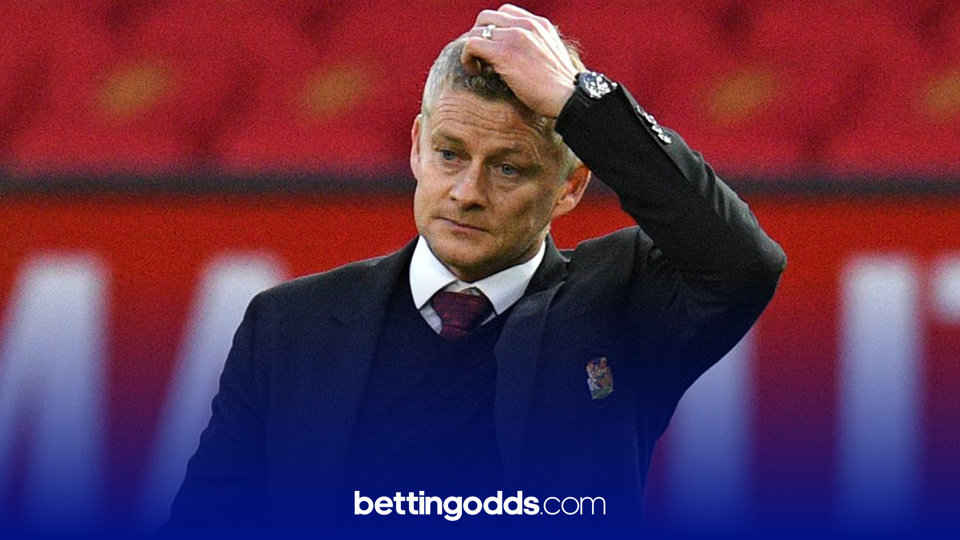 They're at it again

Paddy Power have released odds on a number of ‘epic fail’ specials relating to Manchester United after the club’s dismal start to the campaign.

The Red Devils have only won one of their opening three league games and currently sit 16th in the Premier League table.

United were thrashed 6-1 by Tottenham before the international break after putting in a shambolic performance against Jose Mourinho’s side at Old Trafford, and after failing in their pursuit of long-term transfer target Jadon Sancho in the summer, supporters are now angrier than ever at the club’s hierarchy.

A constant figure of ridicule since Sir Alex Ferguson departed in 2013, United are now so often the punchline of jokes from rival supporters. In the latest twist, bookmaker’s Paddy Power have priced up a number of humorous specials for (presumably non-United supporting) punter’s to bet on.

The king of parody odds-making, Paddy's have priced up several different outcomes, including things like new signing Edinson Cavani to not score or assist a single goal this season at 25/1; fellow new arrival Alex Telles to be plying his trade in Serie A next season at 14/1, and Manchester United not to win single match in this season’s Champions League group stages at 12/1.

The funniest part of this market is just how short the prices are. Paddy’s have priced United up at just 5/1 to not to win a major trophy before the 2025/26 season, which although in the current climate may seem plausible, is still a ridiculously short price given their status.

Even the most cynical of United fan’s would feel somewhat optimistic in at least one piece of silverware being obtained in the next five years..

Other selections include: United to finish bottom of their Champions League group at 9/1, the Red Devils to finish in the bottom half of the Premier League at 5/1 (!) and Harry Maguire not to make the England squad for Euro 2020 at 9/4, which barring any injuries is surely not anywhere near happening.

The full list of Epic Fail specials can be found listed below.