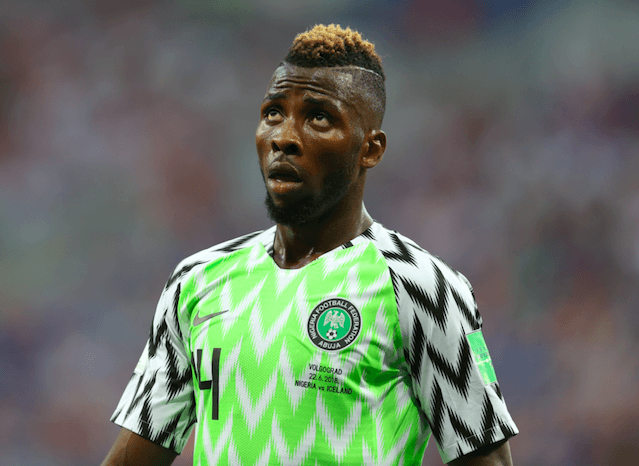 The hero against Egypt, Iheanacho bids to build on bright start to the tournament

The second wave of Group D fixtures take place on Saturday, starting with Nigeria vs Sudan at the Roumdé Adjia Stadium (4pm). Early pacesetters Nigeria can book their spot in the last-16 by cementing another win on the board after bagging three points against Egypt, while Sudan (one point) head into the match looking for only their second win at AFCON since way back in 1970 when they were crowned champions.

Nigeria, 7/1 to win their first AFCON since 2013, did what many Premier League clubs have so miserably failed to do this season: keep Mo Salah quiet. The Liverpool forward was overshadowed by another Premier League player, Leicester’s Kelechi Iheanacho, who superbly fired the Super Eagles to a 1-0 win in the Group D opener.

The match was followed by a goalless draw in the other Group D encounter between Sudan and Guinea-Bissau, with the latter missing an 82nd-minute penalty. Sudan, who are managed by interim boss Burhan Tia, will therefore be relieved to have come away with an early point on the board but they now face a tough task against Nigeria on Saturday.

Nigeria head into the match as the scorching hot 1/5 favourites to claim another three points as they bid to progress through to the knockouts stages. Sudan, without a win in 12 games stretching back to August, are way out at 18/1 to conjure up a shock victory in Garoua, while a draw is available at 9/2.

Nigeria are far too short in the match result market, so there’s little value to be had there.

Instead we hone in on their shining star from the Egypt victory, Kelechi Iheanacho who can now be backed at 8/1 (Bet Victor) to finish as the tournament’s top goalscorer.

With the likes of Victor Osimhen, Emmanuel Dennis, Odion Ighalo and Paul Onuachu all absent, Iheanacho stepped up to the plate and made a real impression during the win over the Pharaohs.

The striker had three shots during the match, with his goal a well taken strike in the 30th minute. It was his second goal in his last three games for club and country and he will now be licking his lips against a Sudan side who last month were thumped 5-0 by Egypt and 4-0 by Algeria.

Iheanacho can be backed at evens to find the back of the net against a Sudan, while he’s the 13/5 favourite to open the scoring on Saturday, and 9/2 to score 2+.

Sudan may not be the strongest opponents in the tournament, but the fixture offers Nigeria with an ideal opportunity to back-up their win over Egypt with another convincing display.

Sudan will look to keep things tight as they bid to frustrate Iheanacho and co. Yet, it will be a surprise if they make any real impact in front of goal given that they've failed to scored in seven of their last eight games, including their last two in a row.

Nigeria are in great form with five wins from their last seven matches, four of those have been wins to nil including three 2-0 scorelines.

The Super Eagles do possess the firepower to threaten most teams and while we don’t think they are going to swat Sudan aside in ruthless fashion - especially given the low-scoring nature of the tournament so far - another 2-0 win at 9/2 (Betfred) looks the way to go here.