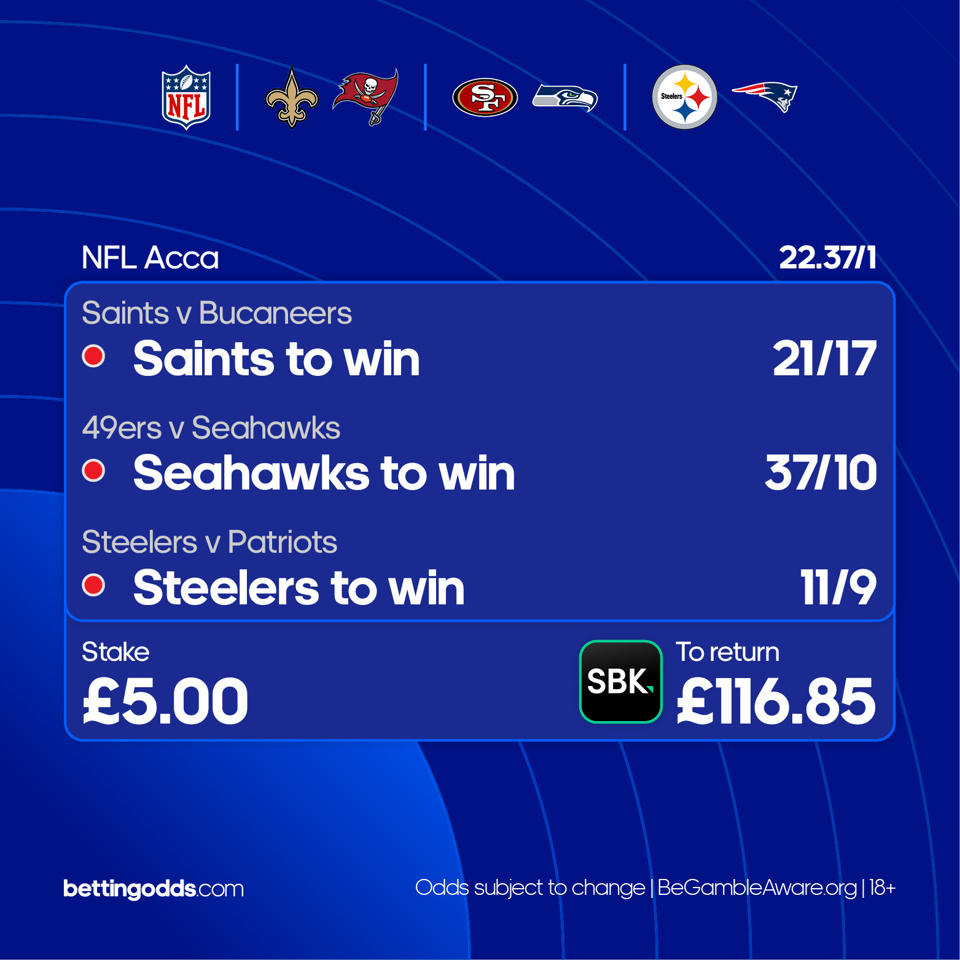 Buckle up folks, here we go again. We’re back for our second installment of our weekly NFL acca, after getting a measly 1/4 correct last week, we’ll be hoping for better results this time round.

After some enthralling encounters in week 1, including the Buffalo Bills’ battering of the reigning champs in the Rams, we’ve trawled through the fixture list, to pick out four bets that we like the look of this time round.

This week’s football got off to a fantastic start, as the Chiefs were just able to overcome an inspired Justin Herbet, who’s side lost 24-27. Rams vs Falcons, 49ers vs Seahawks, and many more interesting match-ups to come, let’s dive straight in with our bets.

We’re moving away from player props and going for a straight win acca for Sunday’s games. All three of our bets are over-evens, and we’re starting off with the Saints to beat the Buccaneers. Despite Tom Brady still doing wonders at the age of 45, but for some reason in his 20+ year career, he can never seem to have authority over the Saints.

Brady is 4-5 during his entire career against New Orleans, and his time at the Bucs alone sees him have a 0-4 record. You see where we’re going here. Why back the GOAT at short odds when we have the stats to back up a potential loss? Have that Tom. 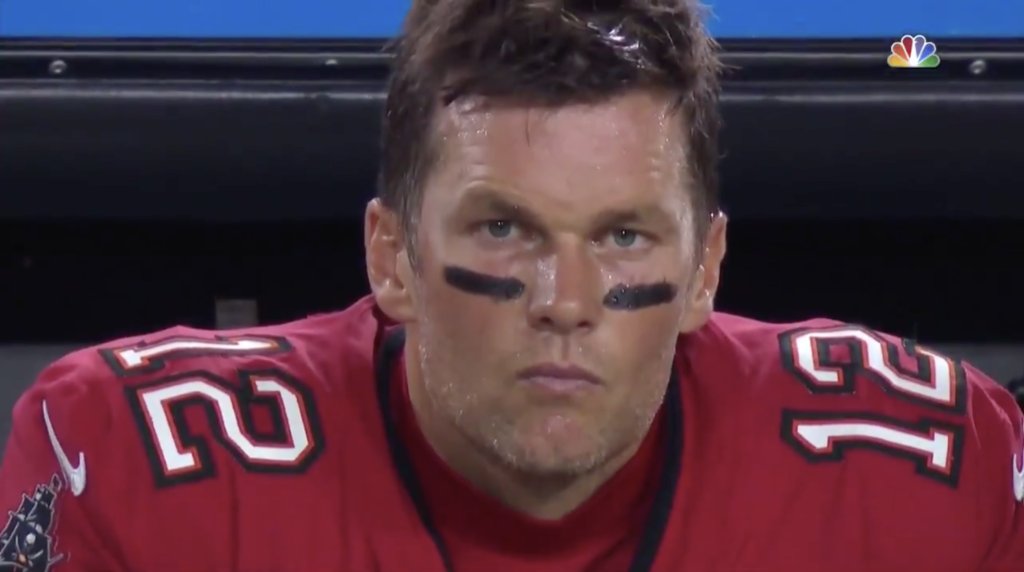 The 49ers are coming into this game off the back of a shock opening game loss, and for many people, this could potentially be the game of the weekend. A real rivalry has developed between these two teams over the last decade, with both dominating their conferences in the early 10s.

Despite this, the Seahawks have a remarkable record against San Francisco, winning each of their last four encounters.

Stretching back even further, the 49ers have only won two of their last 17 against Seattle, so seeing odds of 37/10 was just too tempting to turn down.

Last up, I’m being incredibly biased and picking the Steelers to beat the Patriots. The odds are incredibly close here, with the Patriots ever so slightly favourites to win the game between the NFL’s two most successful teams.

New England come into this game after a disappointing opening game loss at the Dolphins, losing 20-7. Pittsburgh on the other hand took part in potentially one of the games of the season already. An overtime win over the Bengals, after Cincinnati put up a solid second half comeback, will leave the Steelers feeling confident, and hopefully it’ll see them through this game.

As ever, best of luck if you’re following these bets, and please gamble responsibly.

NFL Football Tips as BettingOdds.com put together a NFL Accumulator Tip Sheet for the action on Sunday 11 September…

NFL Outright Betting Tips as the NFL writers at BettingOdds.com have Player Prop Bets for Super Bowl LVI in LA…