Frank Lampard, Roy Hodgson, and the recently unemployed Steve Bruce have all been linked with Norwich City since the club decided to sack Daniel Farke over the weekend, despite carving out their first win of the season.

Norwich previously went left-field in their appointment of Farke in 2017, now there are growing rumours that the Canaries could look to Norwegian manager Kjetil Knutsen who has emerged as the odds-on favourite with BetVictor.

The Athletic reports that Norwich’s search is already down to two managers, who are said to be “modern, forward-thinking coaches”. Could Knutsen be one of them?

After managerial spells at Norwegian sides TIL Hovding, Fyllingsdalen, and Åsane, Knutsen became the assistant manager of Bodø/Glimt, whom he helped win promotion back to the Eliteserien. His position was upgraded to manager in 2018 and in his second season at the helm the club finished runners-up, before securing a stunning title success last season.

Knutsen’s Bodø/Glimt stormed to their first ever title in a record-breaking campaign which boasted 26 wins from 30 games, just the one defeat, and a whopping 103 goals scored - the chasing pack were 19 points adrift. It was a simply outstanding achievement for the club.

Despite losing key players, with four league matches remaining in 2021 Bodø/Glimt look a good bet to retain their crown given that they have a five point lead at the summit.

Bodø/Glimt made their debut in the Champions League qualifiers, but then entered into the new Europa Conference League where the Group C leaders have put themselves in an excellent position to qualify for the knockout stages following an unbeaten return of eight points from four matches.

The stand-out showing was an extraordinary 6-1 hammering of European big guns Roma, one of the favourites to win the competition. The Italian side just so happen to be managed by two-time Champions League winner Jose Mourinho who suffered the heaviest defeat of his entire managerial career!

What’s his style of play?

“Dominating doesn’t just mean scoring but also having the possession of the ball and dictating the rules of the game,” Knutsen said earlier this month. “We want to create a team identity that encompasses everyone; players, staff, managers, fans. We must confront ourselves to be able to create this ‘Bodo model’.”

Goals, a lot of goals, have been a key theme of Knutsen’s tenure so far. At the time of writing they’ve smashed in 155 goals in their last 56 league games. Staggering numbers.

If you thought that Bodø/Glimt’s dynamic, high-pressing and attack-minded 4-3-3 formation would be swapped for a more conservative style in Europe, then the 6-1 thrashing of Mourinho’s Roma tells you everything you need to know. They then jetted off to Rome and returned with a 2-2 draw.

Bodø/Glimt boss Kjetil Knutsen has emerged as one of the bookies' favourites for the Norwich job.

Here's a clip of a stunning team goal from his side's 6-1 demolition of Roma; the heaviest defeat of Jose Mourinho's career... 🔥

“Knutsen’s playing style revolved around dominating the ball using a positional play system in possession and counter pressing the opposition using a high block out of possession,” Ben Hall wrote in his excellent piece on Knutsen’s title winning team.

“The system employed was simple, effective and very well drilled. The players understood their roles in every phase of play and executed these to perfection.”

The forward-thinking coach has created a very youth-oriented team - only two players in the squad are 30+ - that have no fear and it will be exciting to see if they can go deep into the Europa Conference League, providing Knutsen remains in charge…

Could he actually become Norwich manager?

On one hand, Knutsen has no experience of managing in Europe’s top leagues and obviously no Premier League experience. Given the fact that Norwich have only won one game this season - and just six of their last 49 in the Premier League - it would be a huge risk for the club to appoint Knutsen.

Yet this is a club who are used to taking risks. In 2017 Norwich took a gamble on Daniel Farke, who was then manager of Dortmund’s reserve team. It was a bold appointment but one that would go on to produce two Championship titles. Farke was unable to work out a formula for top-flight survival but he will always be fondly remembered at Carrow Road.

BBC Radio Norfolk’s Rob Butler reports that Knutsen is considering leaving his post in January once the Norwegian domestic season has been completed.

The two-time Eliteserien coach of the year winner is certainly an exciting name to ponder as Norwich narrow down their managerial shortlist. 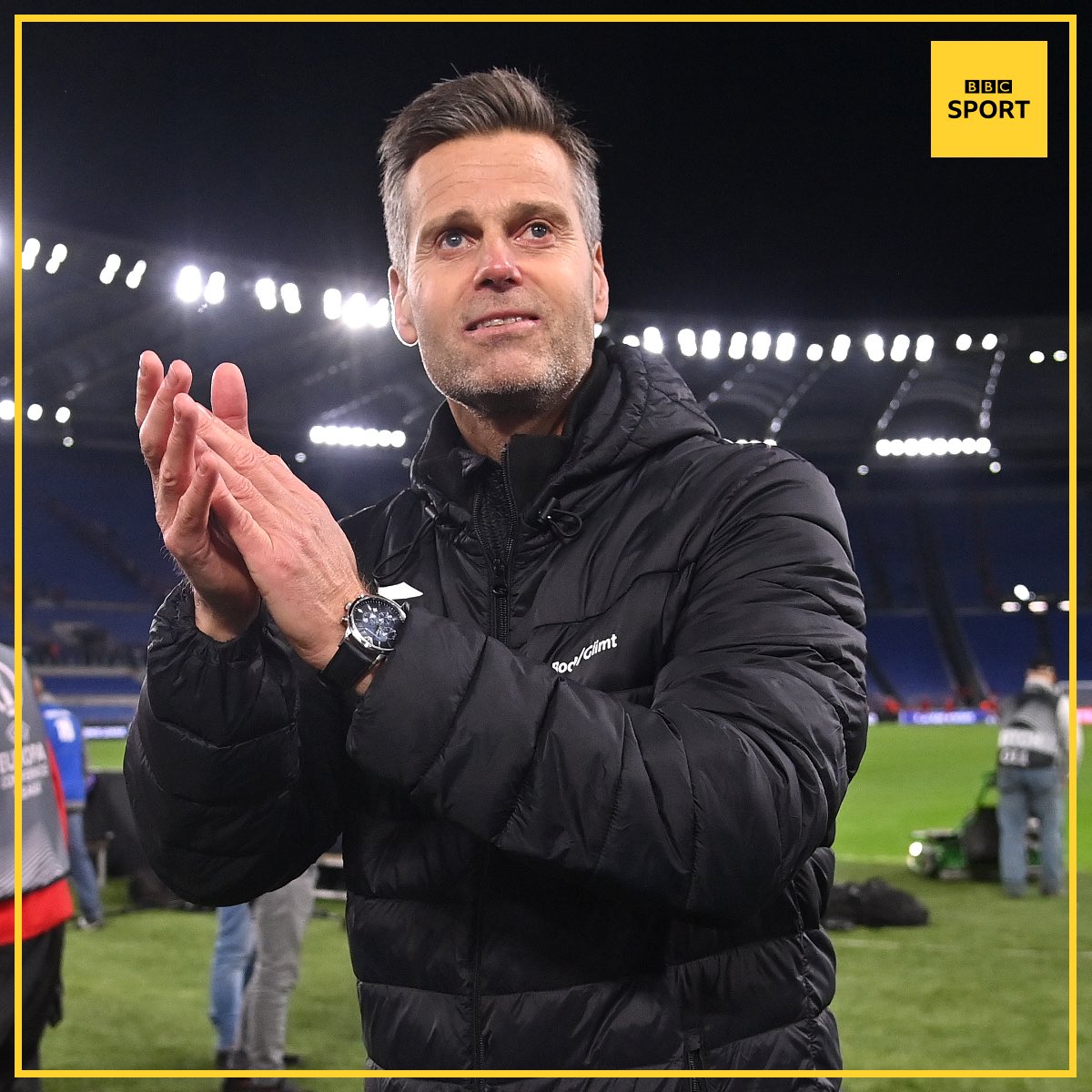 Bodo/Glimt boss Kjetil Knutsen is now heavily backed to become next #ncfc manager. Been keeping an eye on odds.

He's done an amazing job with the Norwegian side. One to keep an eye on.

There's been word that he's leaving his job in Jan though and wants to see out the season. https://t.co/S9Z9ER2wFx