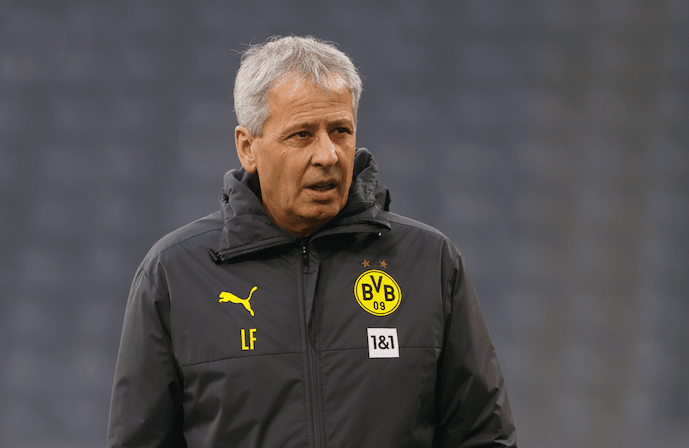 Another day, another new favourite for Newcastle.

Steve Bruce remains in the hot-seat for now, however The Telegraph’s Jason Burt reports that the Toon boss is expected to be sacked this week before the club’s next clash against Nuno Santo’s Tottenham on Sunday.

At the time of writing Bruce, who could pocket an £8m pay-off, is as short as 1/7 to be the next Premier League manager to leave.

Antonio Conte, Roberto Martinez, Steven Gerrard, Eddie Howe, and Graham Potter have all been put forward as potential long-term replacements - Graeme Jones is likely to step up as caretaker in the short-term - but now a new name has leapt into the mix.

A 50/1 shot a few days ago, then 33/1 on Sunday, you can now find Lucien Favre priced at just 2/1 (Bet Victor) to become the next Newcastle manager.

If things had turned out slightly differently in the summer, Favre would already be managing in the Premier League with Crystal Palace.

Betting was suspended on the veteran Swiss boss succeeding Roy Hodgson at Selhurst Park, with the 63-year-old seemingly all set to pen a three-year contract, only to have a last-gasp change of heart.

At the time it was reported that the former Borussia Dortmund manager - who left the club in December 2020 - felt that he wasn’t quite ready to return to management. Now, four months later, it will be interesting to see what happens when it comes to Newcastle, who certainly won’t be short of applications following their mega-money takeover.

Favre, who isn’t employed at the moment, certainly represents an attractive prospect for the club, who are preparing to embark upon a complete re-build.

Favre is an experienced manager who has successfully built a reputation as someone who transforms clubs.

In his homeland, Favre ended Zurich’s 25-year wait for a league title by winning two on the spin. In Germany, he propelled Hertha Berlin and Monchengladbach to top-four finishes in the Bundesliga: Hertha had been loitering around mid-table, whereas Gladback were bottom when he took over.

He then fired Nice to third in Ligue 1, which remains their highest finish since the 1970s, and in his biggest job to date Dortmund were agonisingly pipped to the title by Bayern Munich.

There are likely to be numerous twists-and-turns in the betting once Bruce's fate is finally revealed, but Favre is definitely worth keeping a close eye over the course of the next few weeks.

Meanwhile, it’s been reported by The Northern Echo that former Magpies boss Rafa Benitez (25/1, William Hill) is unlikely to be tempted by a return as he is committed to new club Everton, who have enjoyed a very bright start to the season.