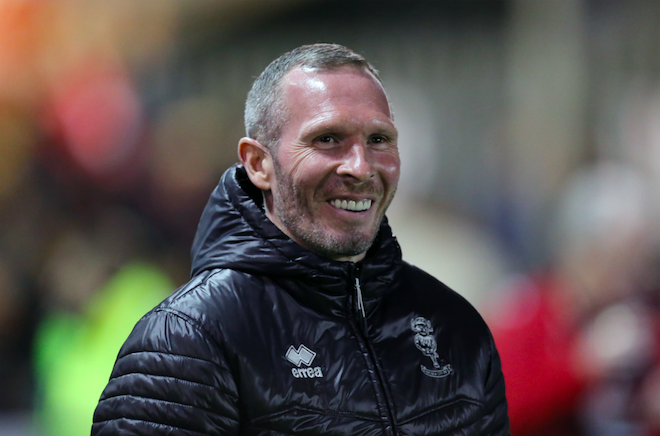 Who could replace Michael Appleton at Lincoln City?
By Jack Kitson
15:34 Monday 2nd May 2022 - 4 minute read

After three seasons at the helm of Lincoln City, Michael Appleton left his position by mutual consent on Saturday in the aftermath of a final day 2-1 win over Crewe.

It proved to be a testing season for both club and manager  - finishing 17th - who had reached the League One play-off final this time last year, where they were pipped to the promotion post by Blackpool.

Appleton will be disappointed about how his spell came to a close but is unlikely to have too many problems getting another job, with the 46-year-old already linked with the likes of Blackburn (10/1), QPR (16/1), and Hibernian (3/1).

“It has been a privilege to manage Lincoln City over the past three seasons," he said in a club statement.

“While this season did not match the highs of the last, we have still had some memorable performances and results.”

Recruiting a new manager is not something Lincoln have become too accustomed to in recent years. Appleton (2019-2022) and the Cowley brothers (2016-2019) oversaw the club for a combined six years dating back to 2016, so it will be interesting to see what direction the club takes this time around.

Below we take a look at who they could appoint this summer...

The Imps are believed to be keen on appointing a manager with a reputation for developing young players, reflected in the betting market which has Ian Foster and Stephen Bradley as two of the early contenders for the job, courtesy of Bet Victor.

Foster, 45, is currently in charge of England U19s where he’s overseeing the country’s stars of the future, including Man City’s Liam Delap and Liverpool’s Kaide Gordon, while he previously worked with the likes of Phil Foden, Jadon Sancho, and Conor Gallagher.

Prior to his role in the national coaching set-up, Foster had spells in charge of Ireland’s Galway United and Dundalk FC - featuring in the Europa League with the latter - and has coached at Coventry and Portsmouth.

Another manager with a reputation for recruiting and developing young stars is Shamrock Rovers head coach Stephen Bradley, who like Foster has attracted some early interest in the betting market.

Bradley - linked with MK Dons last summer - has been in charge of Rovers since 2016, a job he took up aged just 31.

During his tenure he’s delivered silverware in the form of back-to-back league titles, the FAI Cup, and the President of Ireland's Cup, while he’s also managed against Stefano Pioli’s AC Milan in the Europa League...less than two years later and the Italian side are on the cusp of winning Serie A.

There are plenty of recent examples of EFL clubs successfully appointing young coaches.

Lincoln could look to follow in the footsteps of MK Dons who took a chance on Liam Manning last summer; in his first season he's delivered a 3rd-place finish in League One and they have the chance to go up via the play-offs. Then there’s Neil Critchley who led Blackpool up to the Championship at Lincoln’s expense last season.

Could we see Lincoln try and lure over a talented young manager from their own division?

If so, Cheltenham’s Michael Duff (10/1) could be a name on their managerial radar, as could Cambridge’s Mark Bonner. Both managers enjoyed stellar promotion-winning 2020/21 campaigns, then impressed in a very competitive League One this season. However, it's difficult to see either boss depart right now unless there's a significant step up. 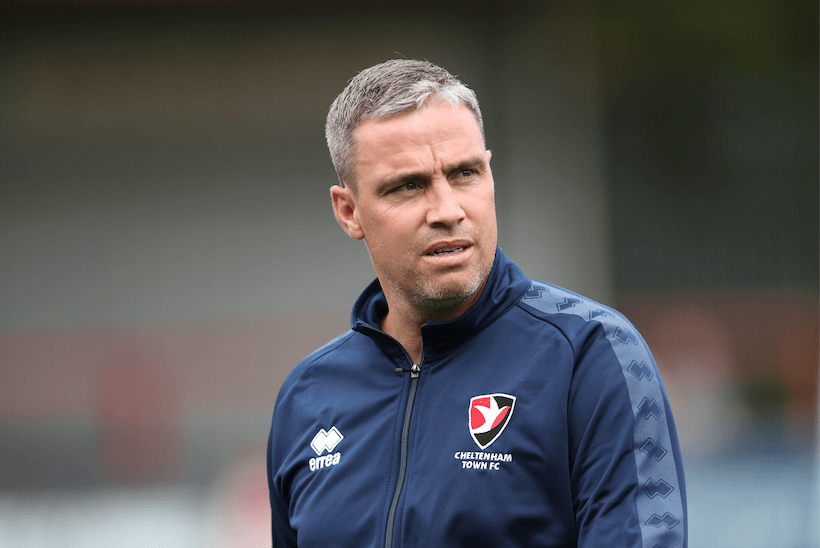 Michael Duff is one of a number of young, exciting EFL managers

One interesting name to keep an eye on is the 10/1 priced Landon Donovan. The former USA star is currently juggling his role as a strategic advisor at the Imps with managing USL Championship side San Diego Loyal SC, whom he co-founded in 2019.

If Lincoln decide to go down the more experienced route, there are plenty of possible names that they could be tracking.

From former Bristol City and Sunderland boss Lee Johnson to Tony Mowbray (20/1) who has revealed he’ll be leaving Blackburn, while Daniel Stendel could also be worth considering out at 20/1. The German is out of work and previously thrived in his one and only League One season at Barnsley, who he led up to the Championship.