Leeds United have parted ways with Marcelo Bielsa after three-and-a-half years, during which he propelled the club back into the Premier League and then went on to record a 9th place finish.

The decision comes after Saturday’s 4-0 defeat at home to Tottenham which left Leeds 16th, just two points above the relegation zone, with Bielsa the ninth Premier League manager to depart so far this season. 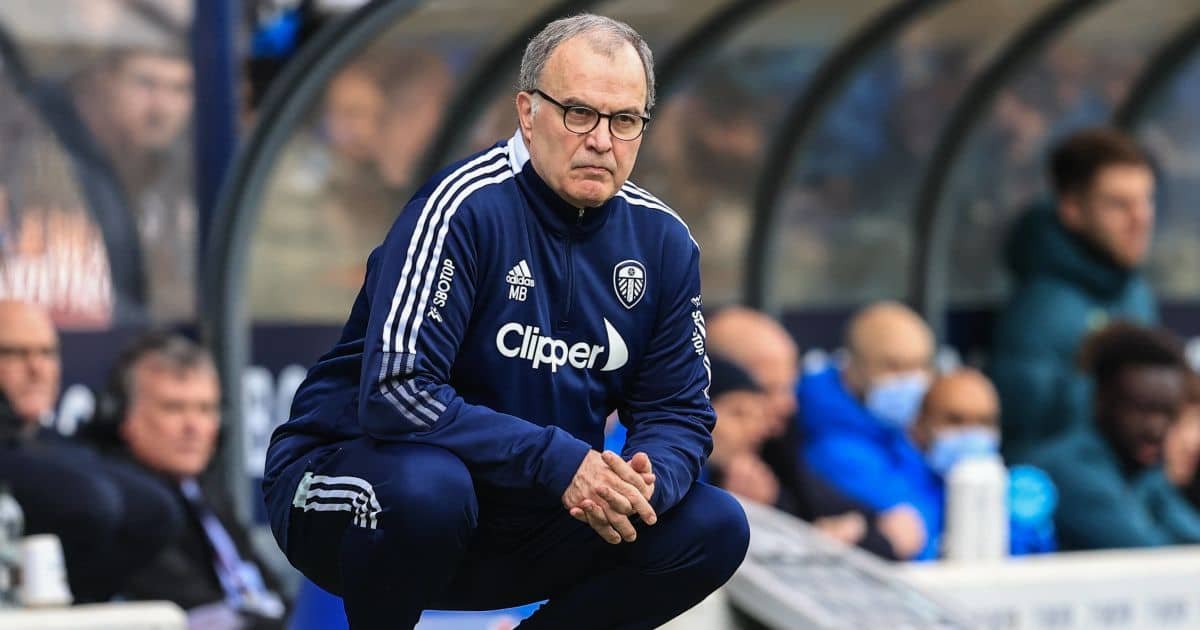 BREAKING: Leeds United have confirmed that the club have parted company with head coach Marcelo Bielsa! 😧

“This has been the toughest decision I have had to make during my tenure at Leeds United, taking into account all the success Marcelo has had at the club.

“With Marcelo as our head coach, we had three incredible campaigns and the good times returned to Elland Road. He changed the culture of the club and brought a winning mentality to us all. The moments created, particularly in the 2019/20 season and winning promotion to the Premier League, will of course live long in all our memories, myself and the fans included.

“However, I have to act in the best interest of the club and I believe a change is required now in order to secure our Premier League status.  Recent results and performances have not met our expectations.

“We find ourselves in a precarious league position and I feel now is the right time to bring in a new head coach, in order to have an impact in the decisive stage of the season.

“Naturally, myself, along with everyone else at the club would like to thank Marcelo for his efforts and achievements and we wish him the very best for the future.”

Premier League: To Stay Up Odds

Leeds also revealed that they are aiming to make an announcement on a new appointment on Monday.

Jesse Marsch had emerged as the red-hot 1/11 favourite in the next Leeds manager odds, with The Athletic recently reporting that the 48-year-old was in-line for the Leeds job should Bielsa depart.

Marsch has managed the likes of New York Red Bulls, Red Bull Salzburg, and RB Leipzig; leaving the former in November after just 21 games in charge.

During his time in New York he won the Supporters' Shield and was named MLS Coach of the Year, then over in Austria he oversaw impressive back-to-back league and cup winning campaigns at the helm of Red Bull Salzburg, where he managed the likes of Erling Haaland and Takumi Minamino.

The American’s biggest job to date came in the summer of 2021 when he replaced Julian Nagelsmann at the helm of Bundesliga side RB Leipzig. However, he lasted just four months in charge following a return of five wins from 14 league games which left the club 11th in the table.

Marsch, who favours a high-press and vertical style, may have endured a difficult time in the Bundesliga but he could now be set to test himself in the Premier League at a club who are desperately fighting for their survival.

Other potential options include former Barcelona boss Ernesto Valverde and Bielsa’s former assistant Carlos Corberan who is currently bidding to lead Huddersfield into the Premier League. The likes of Rafa Benitez, Paulo Fonseca, and Lucien Favre are available for hire.

Leeds have 12 games remaining as they bid to stay in the Premier League. The club can be backed at 1/2 to stay up, while they are priced at 13/8 to lose their Premier League status.