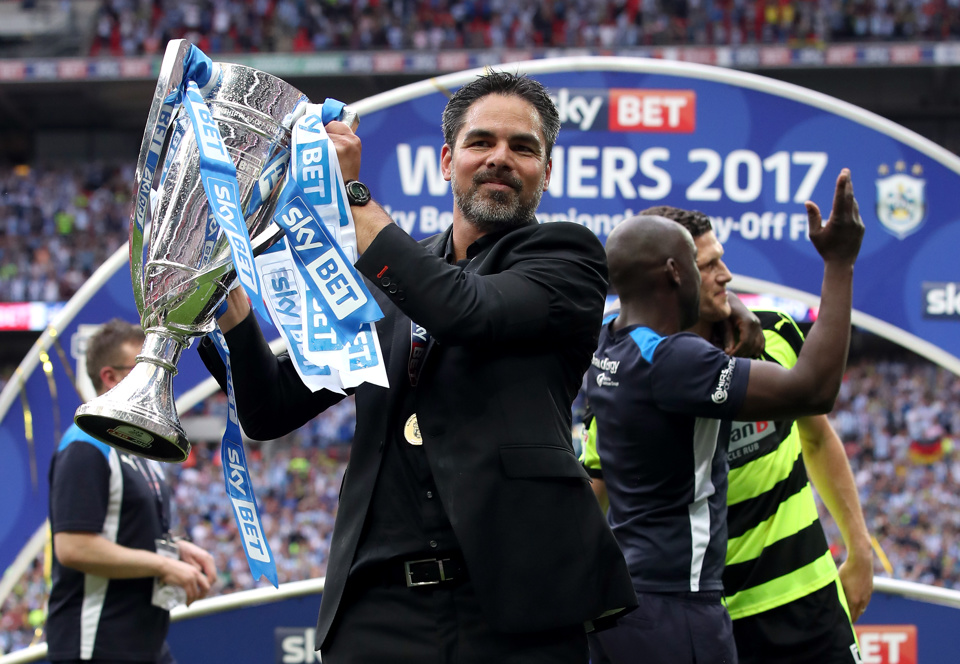 Here we go again…Huddersfield are searching for their third head coach in as many months after the club lost faith in Danny Schofield after all of nine matches.

It’s been a difficult period for Huddersfield, 23rd, who find themselves in an early relegation scrap, having come within a whisker of winning promotion to the Premier League last season under Carlos Corberan - now at Olympiacos - whose sudden exit in July rocked the club ahead of the new season.

Schofield was promoted into the post but a return of one win from nine games has resulted in his spell being cut short in only mid-September, after 69 days in the job.

Huddersfield’s hierarchy have revealed that Narcis Pelach and Paul Harsley will oversee the first team for Saturday's home game against Cardiff, while it's a familiar face in ex-Terrier David Wagner who has been installed as the early favourite in the next Huddersfield manager odds.

Wagner returned to the John Smith’s Stadium in August as a guest, now just a few weeks later, could he possibly return for good?

It goes without saying that Wagner is an absolute legend in these parts due to his miraculous accomplishments during what was a historic tenure. They say never go back, but his old side are in a pretty dark place right now and in need of a real lift, while Wagner himself is looking for a new challenge after his spells at Schalke and Young Boys took a turn after bright starts.

The 50-year-old is currently priced at just 1/2 in the betting, pursued by the likes of Chelsea coach Anthony Barry, ex-Everton caretaker Duncan Ferguson, and Michael Carrick.

All three managerial novices would represent intriguing appointments in their own way but given their lack of outright experience as a No.1, the club may instead be seeking a more seasoned head: someone who knows the league, can inject a dose of energy and impetus, stamp their own mark on the club, and steer them back in the right direction.

It might be a stretch to lure over someone such as Sean Dyche (14/1), although Chris Hughton (16/1) could be a more realistic option, while the likes of Mark Warburton, Gareth Ainsworth and Neil Warnock are 25/1 outsiders.

We need a man who can galvanise a squad in a short period of time, somebody who can almost immediately get the fans on board and bridge the gap between the club and the supporters. He said himself, we always meet twice. David Wagner is the man I want. #Htafc

It’s extremely early days but Wagner’s name has been gaining traction in Huddersfield circles, while it’s a firm YES so far in our poll on twitter.

Huddersfield were 18th when they appointed David Wagner seven years ago. He went on to lead the club to a historic promotion up to the Premier League, then preserved their top-flight safety with a 16th-place finish, memorably stunning Man Utd 2-1 at a raucous John Smith's Stadium.

Wagner departed by mutual consent mid-way through the following season when the club were eight points from safety. They were eventually relegated and have remained in the Championship since then under managers Jan Siewert, Danny Cowley, Corberan, and Schofield.

As for Wagner, he went on to spend just over a season at the helm of Schalke. He originally transformed the financially-challenged club into top-four contenders, only to then suffer a nightmare run of form which resulted in a 12th-place finish. Two defeats, including an 8-0, at the start of the 2020/21 season left the club without a league win since January, costing Wagner his job.

After hotly being linked with West Brom, Wagner returned to work in July 2021 with Swiss champions Young Boys, with whom he led into the Champions League group stages where they took four points off Man Utd but finished bottom of the table. With his troops 15 points off the summit domestically - yet still up in 2nd - he was dismissed in March and has been out-of-work since.