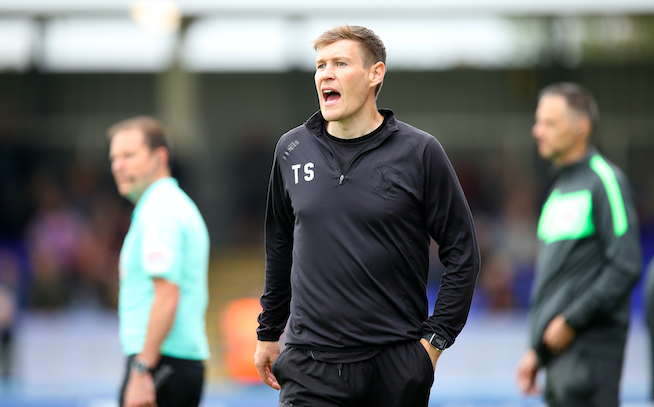 It’s been 12 days since Hartlepool’s most successful manager in years, Dave Challinor, made the decision to return to the National League with former club Stockport, who he aims to rejuvenate.

The decision rocked Hartlepool, given Challinor’s immense impact and their bright start to the season, while he’d only recently penned a new deal at the club.

Plenty of managers have been linked to the League Two club so far, and in the last few days rumours intensified that Bromley boss Andy Woodman was on the cusp of switching sides. Bet Victor suspended the betting on the manager market, while his odds were slashed on Sky Bet.

Woodman previously coached under Alan Pardew at West Ham, Charlton, Newcastle and Crystal Palace, he went on to save Whitehawk from relegation out of the National League South, before taking the Bromley job back in March.

His side reached the National League play-offs last season - losing to eventual winners Hartlepool - and they are currently 4th in the table, with a game in hand on the three teams above them.

But, just as a move to Hartlepool seemed imminent this week, Bromley issued a statement on Thursday to address the speculation:

With stories circulating regarding a move to Hartlepool United gathering at a pace, both the Club and Andy Woodman can confirm that no official approach has been made.

Chairman Robin Stanton-Gleaves commented: “Although it remains unclear where this disappointing and unsubstantiated speculation has come from, I wish to clarify our position and keep supporters informed.

“I am extremely pleased with the progress made under Andy’s leadership and he remains fully committed, with my continued support, to his role as manager of Bromley Football Club.”

So, bar another twist, that pretty much rules Woodman out of contention for the vacancy at The Vic.

For now he remains a very short 1/4 price, but that’s likely to change very soon.

Interim manager Antony Sweeney (8/1) has enjoyed an unbeaten start since stepping up to the plate, having beaten Everton U21s 1-0 in the EFL Trophy which was followed by a 2-2 draw with League One Wycombe in the FA Cup.

He’ll now take charge in League Two for the first time tonight (Friday) against Newport, whose new boss James Rowberry has won two of his four matches since replacing Michael Flynn. A win could propel Pools into the top-six and within a single point of the automatic promotion spots.

“I'm sure the club are working really hard behind the scenes but it's business as usual for me as interim manager,” Sweeney told Hartlepool Mail ahead of the game. "There are no changes for me, I'm just working with the players and trying to get results for the team.”

Halifax Town boss Pete Wild is priced at 10/1, ahead of Chelsea's Academy goalkeeper scout Ross Turnbull at 18/1, while 'The White Feather' Fabrizio Ravanelli is one of many managers hovering around the 25/1 mark.