Doncaster Rovers are preparing to officially begin the interview process for the manager’s job, which will get underway on Monday.

The shortlist has been cut down to five candidates, one of whom is Gary McSheffrey, who unfortunately will no longer have the opportunity to bolster his credentials this weekend as Doncaster’s clash with Lincoln has been postponed due to an outbreak fo Covid-19.

McSheffrey, who has been overseeing the first team since Richie Wellens’ exit, has won one of his three games to date with that victory coming in the club’s latest game at home to Shrewsbury. We’ll have to wait and see if he’s still in charge for the next game against Sunderland on the 27th.

McSheffrey is currently the 5/1 priced third favourite, behind a couple of former Premier League managers who have emerged as the new favourites for the job.

In at the top of the betting is Mick McCarthy at 3/1, with BetVictor.

McCarthy previously led Wolves and Sunderland into the Premier League - winning the Championship on both occasions - he then had a six-year tenure at Ipswich in the Championship, followed by a second spell in charge of the Republic of Ireland, a brief stint in Cyprus at APOEL, then most recently nine months at Cardiff which came to an end in October.

After a bright start in Wales, McCarthy struggled to take the Bluebirds forward this season and was sacked after eight straight defeats.

At the moment it's unclear if the 62-year-old is considering a return to the dugout at a club that's currently locked in a fight for League One survival. 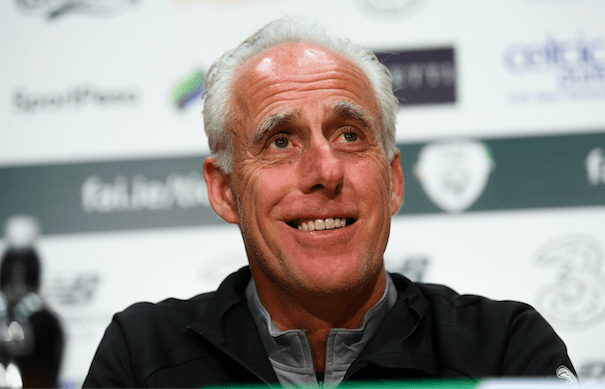 Next in the running is a completely new name in the betting: Paul Clement.

Clement has an impressive coaching resume, having worked under elite boss Carlo Ancelotti at some of the biggest clubs in europe, including Chelsea, PSG, Real Madrid, and Bayern Munich where he’s helped coach world class stars to a combination of domestic and european honours.

As has often been the case with many class coaches, Clement has struggled to replicate this success as a manager in his own right. In four jobs he’s never managed more than 41 games at one club and has a 32.6% win record across the board.

He was, however, unfortunate to lose his job at first club Derby who were 5th in the Championship when he was sacked mid-way through his first season (2015/16). Clement then kept Swansea in the Premier League, only to be sacked the following season just before Christmas (2017) when the club were rock-bottom of the table.

Clement then endured a disappointing 30 game spell at Reading, who sent him packing in December with the club 21st in Championship. Meanwhile, his last job came at Belgian side Cercle Brugge where he won just seven of his 25 games over the course of half-a-year.

Liam Hoden from the Doncaster Free Press reports that two of the contenders in contention for the Doncaster job have managed in the Premier League, with the betting indicating that McCarthy and Clement are those candidates - not confirmed though.

Nigel Adkins (5/1) has six months of Premier League experience on his CV from his time at Southampton, who he propelled up to the top-flight from League One.

Furtherafield, the former Premier League duo of Chris Hughton and Alex Neil can be backed at 12/1.

Paul Simpson, who hasn’t managed in the EFL in over 10 years, is a surprise name in the frame at 6/1, while former betting frontrunner Graham Coughlan has drifted to 12/1 following reports that he’s not in contention.