It’s been a week since Doncaster Rovers sacked boss Richie Wellens, an appointment which lasted just over six months.

Wellens, who earlier in the year led Salford to EFL Trophy glory, exited Rovers with a win rate of just 23.1% from 26 matches.

The club’s U18s manager Gary McSheffrey was named caretaker, but has so far been unable to stop the rot: Doncaster exited the FA Cup last weekend following a 3-2 defeat at home to League Two side Mansfield, then they were beaten 2-1 at home to Oxford on Tuesday.

As a result, they have now lost five games on the spin, are winless in six, and are cemented to the bottom of League One; six points from safety. 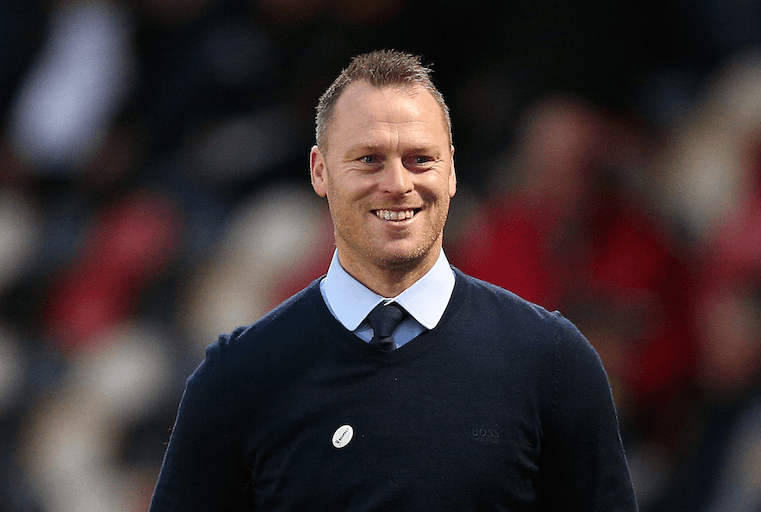 Michael Flynn continues to be linked

It’s evident that the club need to make a decision soon in order to give the new incumbent sufficient time to stamp his mark and elevate the struggling side up the table during the busy festive period.

Chief Executive Gavin Baldwin has revealed to the Doncaster Free Press that the closing date for applicants is less than 24 hours away - 9am on Friday - from there the club will make a shortlist of candidates: 89 serious applicants had applied by Tuesday. Interviews will then take place next week, during which the club will narrow the search down to three contenders.

“I doubt that we’d make an appointment next week,” Baldwin said.

“If the obvious candidate comes through, who knows. But I’d expect to interview next week and take it from there.”

While there were previously concerns about whether Doncaster would have the financial muscle to target any high-calibre managers in work. Baldwin has let it be known that the new manager will be given “significant investment” in January for new players, and he plans to “resource the football operation to give us the best chance of staying up”. So, maybe they do have the funds to attract certain managers.

Baldwin added that Doncaster have received an abundance of applications from wide-ranging candidates, and is “open minded” over the appointment of a head coach or manager. He didn't drop any hints on who was in the running - you wouldn't expect him to - but here's what the betting has to say...

Coming up on @BBCSheffield after 6pm -- a full interview with Doncaster Rovers chief executive Gavin Baldwin. You won't want to miss this #DRFC fans.

Here's a short clip of a couple of topics discussed... https://t.co/RQ0Mo9ED5C

Doncaster’s next manager market remains wide open and predominantly contains out of work bosses, as well as young coaches looking for their first crack at life in the dugout.

BetVictor still have Michael Flynn pinned to the top of the odds at 4/1. The former Newport boss is undoubtedly keen to test himself in League One - or even the Championship - and while he’s never managed at either level, he’s proved to be a talented young manager who will bring fresh ideas and positivity to the position.

Gary McSheffrey, who is two defeats from two so far, is next in-line at 5/1. Should he oversee 10 games then that will count as a ‘winner’ in the market. Judging by his comments to the Yorkshire Post, he appears hesitant to put his name in the frame:

“I have made no plans to put in. The club asked me to put in, but I think they feel obliged to say that; whether or not it is what they actually want, I wouldn’t know.

“I obviously think to get a (full-time) role like this that in an interim role, you need points and wins to get a role and jobs.

“But like I said, I have not chased it and don’t really have any intention on chasing it. I have just said I will try and steady the ship a bit.”

Next up we have a couple of experienced promotion-winning managers who until recently were both employed in League One: Nigel Adkins (5/1) was sacked by Charlton in October, then over the weekend Paul Cook (10/1) was discarded by Ipswich.

While it didn't quite work out for him at Portman Road, Cook’s record, experience and knowledge of the league means he’d be a real coup for Doncaster. We’ll just have to wait and see if he’s eager to jump straight back in.

Jonathan Woodgate and John Terry also feature at 16/1, Sol Campbell is out at 25/1, while Mick McCarthy, Neil Warnock, and Nicky Butt are 33/1 outsiders.