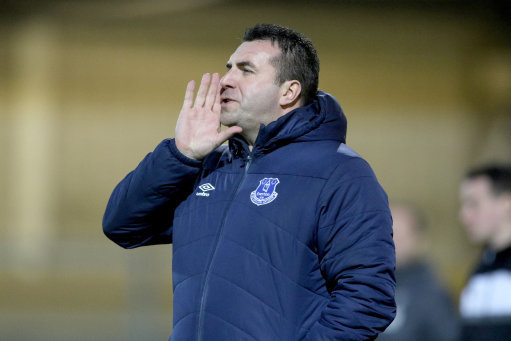 Everton have revealed that Academy Director and U23s manager David Unsworth, who has previously held caretaker spells in charge of the first team, is now set to leave the club in order to realise his ambitions of becoming a first team manager elsewhere.

Unsworth stepped up into the Toffees dugout for the final game of the 2015/16 season following the exit of Roberto Martinez, then oversaw the senior side again during the 2017/18 season in between the spells of Ronald Koeman and Sam Allardyce. He won three games, drew once, and lost five across both caretaker stints.

“This has been one of the hardest decisions I have had to make in my career,” Unsworth said of his Goodison Park exit.

“Everyone knows what Everton means to me, it has been my whole life and I have loved every minute of my time here.

“However, to give me the best chance of achieving my career aspirations – and becoming a permanent first team manager – I believe now is the right time for me to move on.”

So, what could be in the pipeline for Unsworth?

Whether it’s a pure coincidence or there’s something more substantial at play, his decision to leave coincides with a job opening at Crewe who have parted ways with David Artell after a largely successful five-year tenure.

Crewe will once again be playing League Two football next season after their relegation was confirmed over the weekend, meaning the club are looking for someone who can re-build and rejuvenate.

Could Unsworth be that man?

After revealing his decision to leave Everton he was catapulted straight into the next Crewe manager market on Tuesday morning at 8/1 with BetVictor, odds which shortened further to 5/1 then 3/1 in the afternoon.

The 48-year-old, who has worked as an assistant manager at Preston and Sheffield United, has previously been linked with EFL clubs Fleetwood and Oxford (both in 2018); he was even odds-on for the latter.

We’ll have to wait and see what direction Crewe take, but Unsworth’s sudden availability coupled with his ambitions of becoming a manager certainly makes things interesting.

Crewe’s interim manager Alex Morris remains the 6/4 frontrunner for the full-time job and while he doesn’t have the opportunity to keep Crewe in the third-tier he can potentially bolster his own chances of staying long-term by elevating the first team out of their shambolic eight-game losing streak over the course of the club’s remaining four matches.

Young coaches and former Crewe players David Wright and Justin Cochrane are both priced at 14/1, alongside Paul Tisdale, while Richard Walker is available at 20/1.