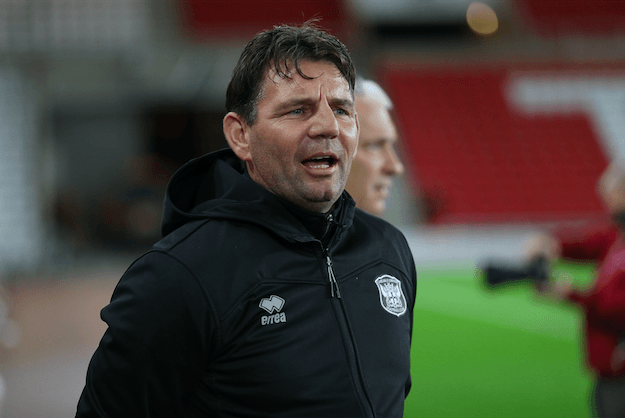 Carlisle are searching for a new manager after the exit of Chris Beech
By Jack Kitson
13:40 Sunday 10th October 2021 - 3 minute read

Carlisle United have parted ways with manager Chris Beech following a 3-0 defeat away to Bristol Rovers.

The loss was the club’s fifth in 11 League Two games so far this season, with just two wins on the board.

The Cumbrians have now failed to carve out a win in any of their last five matches and have been beaten to nil three times in a row, which leaves them 22nd in the table; just two points above the drop zone.

In a club statement on Sunday morning, Carlisle said:

The club would like to thank Chris for his efforts over the past two years and will provide further updates in due course.

Appointed nearly two years ago in November 2019, former Rochdale caretaker Beech finished 18th at the end of the 2019/20 season then led his troops to the top of the table mid-way through last term, only to finish 10th - they missed out on the top-seven by seven points.

A poor start to the current campaign has since seen Beech depart.

Skelton has been installed as one of the early frontrunners for the full-time job at 6/1, courtesy of Bet Victor. The 40-year-old has previously had two spells in charge of Workington, with a stint at Queen of the South in between, and he should now get the chance to prove his credentials next weekend when Carlisle host Tranmere.

It’s no surprise to see Paul Tisdale and John McGreal feature in yet another League Two manager market (both 8/1).

Tisdale has a wealth of experience at this level with Exeter and MK Dons, both of whom he led up to League One. His most recent manager’s job came last season at (then) League One side Bristol Rovers, which lasted only 19 games, and he has since held an advisory role at Colchester.

Meanwhile, McGreal managed over 200 matches at Colchester, before returning to management in the summer with Swindon, however he left just a month after his appointment due to ownership issues.

Other names that feature in the betting at this early stage include former Shrewsbury boss ​​Sam Ricketts (10/1) and Crystal Palace’s development coach Shaun Derry (10/1), who previously took charge of Notts County and Cambridge.

Ex-Mansfield and Bristol Rovers boss Graham Coughlan - now at Sheffield United’s U23s - is a 12/1 shot, alongside the experienced Keith Hill, with John Askey and Sol Campbell also available at that price.

Full odds below - subject to change.